Spam is the trash of the digital era. We even set up special folders, so we don't have to deal with it. But some artists are turning garbled advertisements for fad diets and impotency pills into "spam poetry." 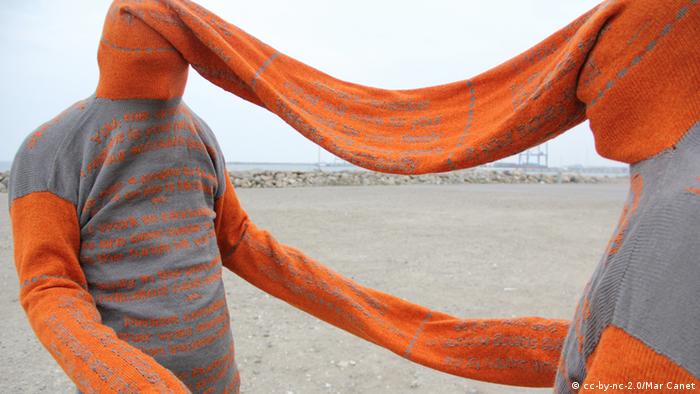 To create their art Varvara Guljajeva and Mar Canet rummage through trash - digital trash to be precise, also known as spam. Millions of spam emails are sent across the globe everyday. The recipients are urged to purchase impotency pills, they are offered jobs or they are told they've apparently won millions of euros.

Most of the time, these type of emails go directly to the trash folder. But as far as Varvara Guljajeva is concerned, the spam shouldn't just disappear there. "We wanted to recycle digital trash somehow," she said.

This is what inspired Guljajeva and her Spanish partner Canet to create the project "SPAMpoetry." Together they turned the sensationally and often badly written texts into poems. They didn't publish these poems on paper, but rather, printed them onto knitted sweaters.

"It emphasizes the difference between the digital world and the traditional handicraft of knitting," Guljajeva said. "One is overwhelmingly fast, so that you can't even keep up with it anymore. The other one is slow and you have to keep track of every stitch."

The arms, the front and the back of the sweaters are decorated with nonsensical sentences like: 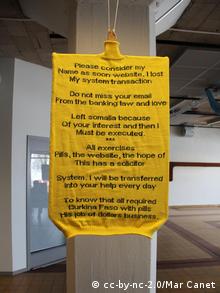 Nonsense from advertising mails - some consider it pure art

"We are really the
Products. I know that will be
Selected as one."

You can not wear these sweaters; some have overly long arms, others have been sewn together at the arms and the neck. "The clothing is just as dysfunctional as spam mail," Guljajeva said. "You can recognize that it's a sweater, but it's useless."

The first advertising mass mails were sent out in 1978. But no one really knows who started turning junk mail into "spam poetry," or "spoetry." One of the earliest hints can be found on the websiteSatirewire.

In 2000, the website awarded select poems that authors had created from spam mail. Since then, more and more people are trying to turn digital trash into literature.

Many come from English-speaking countries. But it's not just mail in English that appeals to Thomas Palzer, an author who collected spam mails for more than a year before he published his favorite pieces in an e-book. For Palzer some of the more fascinating mails are those that have been automatically translated into other languages.

In fact, Palzer is especially fascinated by messages that contain mistakes, that are grammatically wrong or that contain a word that doesn't make sense after they've been automatically translated. "Sometimes it says more than the original, correct version," he said.

But can you really refer to texts that were created by a machine as poetry and thereby put them on the same level as poems written by Oscar Wilde or Edgar Allen Poe? If you ask Palzer, he brushes aside this objection. "What is poetry? Poetry is not a language of information, it creates something within us."

And according to him, spam mails can do that as well, at least if you really engage with the text and don't search for the meaning behind it. Then reading spam mails can actually be fun. "While I was selecting the texts for the book, I had to laugh a lot," he said.

Nevertheless, for most people spam will remain trash, whether it presents itself as a poem or not. "Unfortunately we don't have a lot of readers," Nikola Richter from Palzer's publishing house admitted. 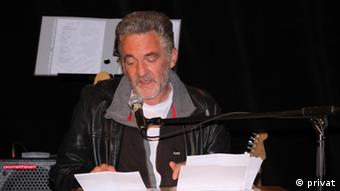 German blogger Ines Gutierrez also learned that spam poetry is not for everyone. Together with three other bloggers, she presented select spam mails at the Web 2.0 conference re:publica in 2012 after she had realized how unintentionally funny some of the spam mails are.

At re:publica the four bloggers also managed to bring the audience to laughter. "People cracked up, sometimes even at things we didn't understand," Gutierrez said. "I only read out the dateline, and they started laughing already."

A few weeks later the women experienced a different tone after they were invited to participate in a poetry slam. They elaborated on their spam show even more, but this time the audience remained silent. The foursome determined to shelf the act: Sometimes it's simply better to leave the spam mail where it belongs - in the trash.

Web artists blur the lines between the digital and real world. Often, the observer becomes the user and can intervene in the process. In his first solo exhibition, Berlin-based Aram Bartholl shows how it's done. (16.09.2013)

Can you imagine soccer without music?

Many famous musicians have a special relationship with soccer. Ed Sheeran's support for his team, Ipswich Town, really is part of a time-honored tradition.