UK cafe serves food destined for the bin | Europe | News and current affairs from around the continent | DW | 07.07.2014

A small cafe in the northern English city of Leeds is exclusively serving food which has been thrown out by supermarkets and restaurants. The aim is to cut the world’s massive waste of perfectly edible food. 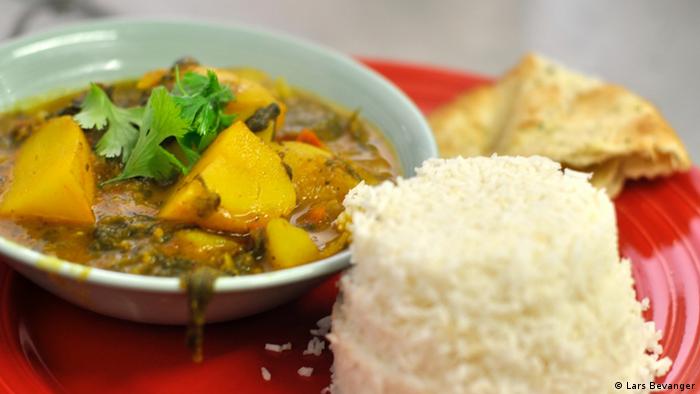 The Pay As You Feel Cafe sits on a quiet corner in the Armley area of Leeds. Their menu changes every day, and the quality of the food is surprisingly high - especially if you consider where it was originally going to end up.

"Since January we've saved ten tons of food from going to waste, just in Leeds alone," said Ed Colbert, one of the directors of The Real Junk Food Project which runs the cafe.

"The Real Junk Food Project aims basically to reduce food waste. In the UK alone, 15 million tons is wasted every year. A large majority of that is edible food. Globally, it's an even bigger problem," Colbert told DW. 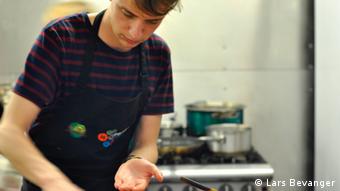 According to Colbert, one-third of the world's food supply goes to waste. That includes farms, supermarkets and households. Food, he says, is being thrown away "absolutely everywhere."

The cafe is run with the help of volunteers who collect, prepare and serve food. Most ingredients are collected from supermarkets and packaging warehouses who alert the cafe's staff when food is about to be thrown out.

Private individuals who are going away on vacation also sometimes bring food which would otherwise go bad while they are away.

At other times, however, the ingredients come from surprising sources.

"Rock stars, when they play a show in Leeds and have an after party - we've collected excess food from them," Colbert said. "Prince recently played, and we had a big box saying 'Prince' on the front of it, which had some pretty weird stuff in it!"

The cafe has been able to prepare and serve up luxury ingredients like caviar to their customers, many of whom would not usually be able to afford it. As the cafe's name suggests, customers at the Pay As You Feel Cafe pay what they can afford. They can even pay in favors, like washing windows or providing flower boxes.

The huge amount of food waste in the UK and elsewhere in the EU has in part been blamed on confusing labeling.

While use-by dates indicate when food will potentially become harmful to eat, sell-by and best-by dates only deal with quality, not safety.

"People take sell-by and best-before as legal health and safety terms, rather than seeing them as marketing terms, and throw food away," said Ed Colbert from the Real Junk Food Project. "Best-before is literally that."

A bag of apples, for example, will probably taste very good up to a certain date. And while the taste might deteriorate slightly after that date, they're still perfectly edible for weeks afterwards, he says. 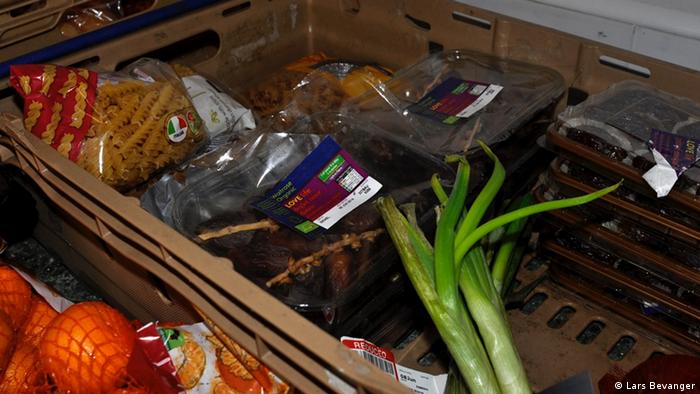 "Sell-by is not even a marketing tool. It's a tool for shop floor people to understand 'We need to ship this product by that point so we can bring in the next load of stock,'" he says.

Dutch Agriculture Minister Sharon Dijksma recently urged the EU to take action and cut back on this kind of labeling in order to reduce food waste.

"I support a common European approach to guarantee the safety of our food, but these regulations must not contribute to food waste," she said in a letter to the Dutch parliament last month.

She added that products with a very long shelf life, such as pasta and rice, would be better off with no best-before date.

At the Pay As You Like Cafe, customers told DW they had no issues with the fact that their meals were originally destined for the bin.

"It's marvellous, I love it - I get something different every day," said Catherine Kidson. "I think it's dreadful when people are going hungry and supermarkets are throwing perfectly good food away."

Another customer pointed out how saving edible food from landfills was doubly beneficial.

"This creates a more ecologically-friendly place to be," said Benjamin Sykes. "Food is actually given a second chance, rather than being put into landfill, where methane is created." 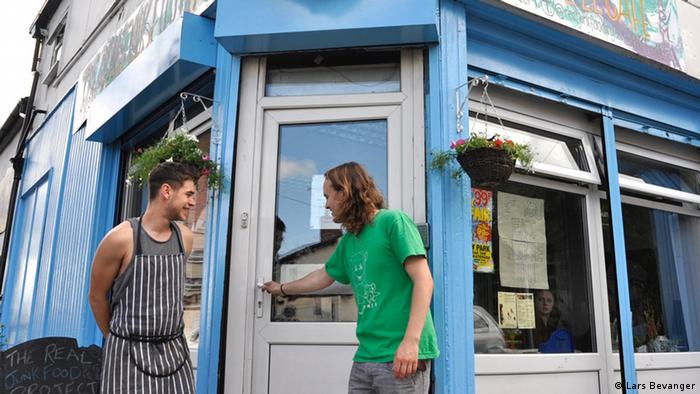 Supermarkets say they're taking action to cut food waste, but judging from the amount the Real Junk Food Project gets in every week, more can be done.

The idea of rescuing food from the bin is already spreading, with similar projects being set up in several UK cities this year.

More and more beverage producers around the world are turning to bioplastics to bottle their products for both economic and environmental reasons. But, plenty of challenges remain. (24.07.2013)