How will we feed nine billion people? | Environment | All topics from climate change to conservation | DW | 02.10.2013

How will we feed nine billion people?

Edible insects, test-tube meat and pigs reared on waste could take a bite out of global hunger. Experts served up innovative ideas at the Global Food Security Conference this week, but farmers were absent from the table. 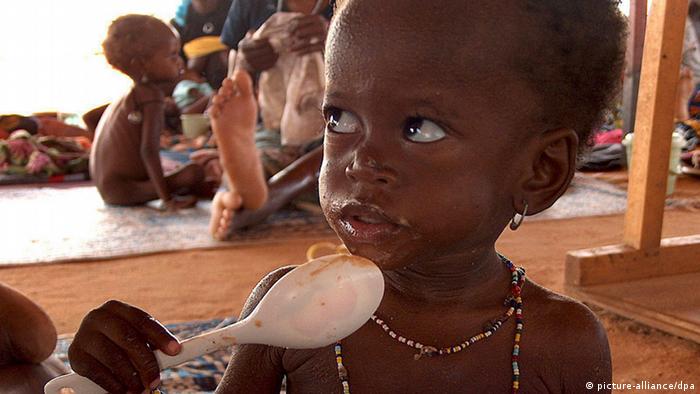 Food experts from around the world gathered for the first Global Food Security Conference in the Dutch town of Noordwijkerhout this week to discuss solutions for feeding a hungry planet. Hundreds of ideas were tabled during the three-day event, but the most colorful debates took place in the hallways, where corporate executives, scientists and campaigners squared off about the merits and failures of existing global food systems.

With the world population set to reach nine billion by 2050, delegates exchanged ideas about how to ensure everyone has access to safe and nutritious food. Most concluded that climate change, growing competition for resources and the overexploitation of both fisheries and food-producing land present major challenges in a time of unprecedented population growth.

"We are using human food - maize, soy, wheat - to feed our pigs at a time when there are a billion hungry people in the world," said Tristram Stuart, a writer who campaigns for better use of surplus food. In his keynote speech, he warned that "we are unsustainably converting the world's last remaining forests into land to grow more feed." 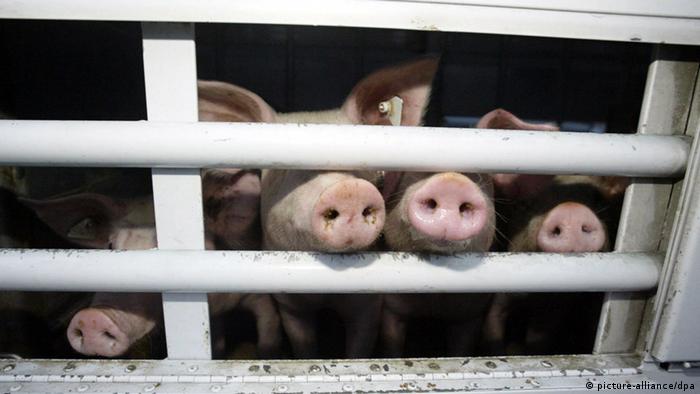 But before it can embrace pig swill from food waste, Europe will have to shake off memories of the 2001 foot and mouth outbreak in Britain, which led to the slaughter of millions of animals. The outbreak was the result of a farmer feeding unprocessed food waste to his animals. British authorities banned the practice and the European Union follow suit shortly after that.

Stuart says the ban is excessive and argues that heating surplus food before feeding to animals kills off bacteria which may cause disease.

Agro-ecologist Hanna Tuomisto of the University of Oxford told delegates that meat grown in a lab tastes like the real thing. During her presentation on in-vitro meat production, she tried to win over less-enthusiastic meat lovers with research showing that test-tube burgers are healthy, tasty and good for the planet.

"At the moment, agriculture is one of the main drivers of deforestation and the degradation of wildlife habitats," she said, adding that global demand for protein from livestock will jump by 70 percent between now and 2050. "If this consumption trend continues, we will need to cut down most of the forest," she warned. 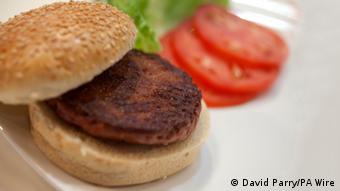 Tuomisto presented evidence that greenhouse gas emissions, water use and land use are significantly reduced if we stop raising livestock and instead cultivate meat in bioreactors. "Cultured meat prevents the spread of animal-borne diseases, the contamination of the product is reduced, the possibility to control nutritional, textural and taste profiles is higher because it is possible to choose what kind of fatty acids are added, and it reduces the use of animals."

Buzz in your belly

Another way to replace livestock as a source of protein is to eat insects, which have many of the same essential nutrients as meat. They are high in protein, they contain iron and calcium, as well as vitamins A, B1, B2, and vitamin D. Edible insects are also considerably lower in fat than pork or beef.

Environmentalists also support entomophagy, which means eating bugs, because insects emit less greenhouse gas than cows, require about a quarter of the feed and breeders need very little space to raise their batches of bugs. While livestock farms cut into forested areas, insect production plants can be set-up in small sealed buildings.

Scientist Catriona Lakemond presented conference delegates with evidence that mealworms, cockroaches and crickets are safe to eat. She explained that bug-eating is practiced in many places around the world, but is uncommon in rich western nations. 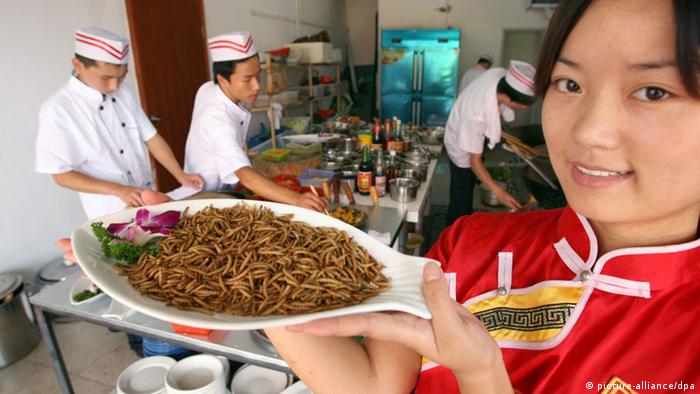 Snacking on insects might be new for Europeans, but in China dishes like this are considered a delicacy

Another edible insect expert, Elsje Pieterse presented an award-winning nutrient recycling method, in which fly larvae are reared on faecal and food waste and then used as animal feed.

While farming and agriculture were the focus of most discussions, farmers and food politics were absent from the program. Much of the conference examined food systems in developing nations, but the large majority of delegates were from European and North American countries.

"This conference misses the mark when talking about what is really needed in global food security," said Greenpeace delegate Monique Mikhail. "We need a dramatic shift away from chemical-intensive agriculture towards more ecological agriculture," she added.

It's believed several important food action programs boycotted the event, which was sponsored by corporate food giants Monsanto and Unilever.

India's parliament has approved an $18 billion (13.5 billion euro) plan to provide cheap grain to the poor. The bill, meant to "wipe out" hunger and malnutrition, is a key part of the ruling Congress' re-election plan. (26.08.2013)