Why many Republican lawmakers won′t shed a tear if Trump loses | World| Breaking news and perspectives from around the globe | DW | 11.08.2016

Why many Republican lawmakers won't shed a tear if Trump loses

Donald Trump's erratic campaign has Republicans running for Congress wringing their hands. But with three months and possibly many more unpredictable Trump outbursts to go, they are caught between a rock and hard place. 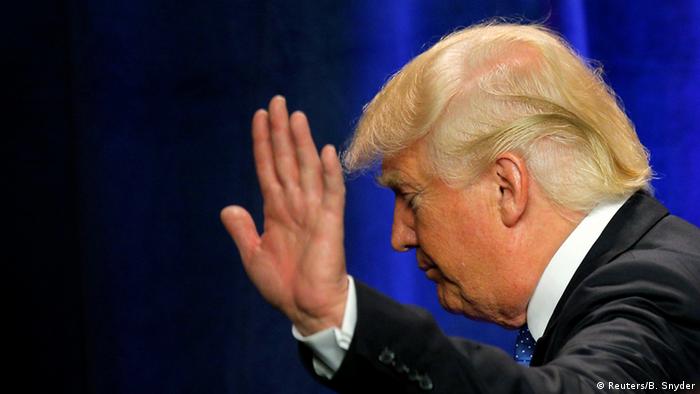 John McCain probably serves as the best example of what Donald Trump has done to Republican politicians unfortunate enough to have to defend their Congressional seats in a strange election season dominated by the constant antics of the GOP's much-maligned standard bearer.

That's because in November Americans elect not just a new president, but also one third of the Senate and the entire House of Representatives, both of which are controlled by Republicans.

And the veteran Senator from Arizona and one of the most prominent American legislators both in the US and abroad, is currently engaged in what he himself has said may be the race of his life because of Trump. McCain, like many Republicans running for re-election, is in a "very uncomfortable position," said Bruce Oppenheimer, a Congressional scholar at Vanderbilt University.

If this sounds like a lose-lose situation, that's because it is.

McCain, the GOP's 2008 presidential candidate and a former Vietnam War prisoner, had reluctantly endorsed Donald Trump in May even though Trump, amid public outrage, had ridiculed McCain's war hero status last year by saying he preferred "people who didn't get captured."

While McCain is trying hard not to speak out against Trump for fear of alienating his strong following in Arizona, the GOP presidential candidate's behavior often simply forces the senator to take a stand against him. 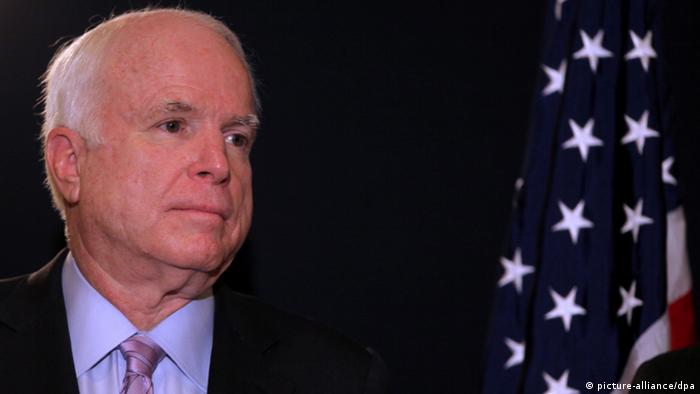 John McCain is facing an uphill battle for re-election

Recently, after Trump slandered the parents of a fallen soldier of Islamic faith, McCain with his personal record and credibility at stake had no choice but to rebuke him. This, in turn, led Trump to publicly toy with the idea of supporting McCain's primary rival. Pressured from his party, Trump finally relented and endorsed McCain.

But it is not just Trump's insult-laced rhetoric and style that exasperates many Republicans, it's also the substance of his messages.

"His two top priorities have been trade and immigration," said Steven Smith, a political scientist at Washington University in St. Louis, who has written several books about Congress. "And it is exactly on those issues that he is forcing Republicans to take positions that they haven't taken in the past. For the Republicans this is going to be a very serious problem."

Republicans, much more so than Democrats, for decades have strongly advocated free trade. "And now we have a possible President Trump who says he will try to dismantle existing free-trade agreements and start negotiations on new ones," said Smith. For many Congressional Republicans, toeing Trump's line would require a reversal of their past positions that could be personally painful and politically dangerous.

As a result, the party has been deeply divided over the issue. But just like on free trade, Trump - with his derogatory remarks about Mexicans and his promise to build a wall - has taken a no-compromise stance on immigration that has driven the GOP further apart and forces Congressional Republicans to take sides.

"All of these problems will be less severe if Trump loses, and loses badly, in the presidential elections," said Smith. "Republicans will obviously have to worry what to do about the presidency in the future, but it will be a lot easier to deal with these issues if they are not faced with a president of their own party who continues to advocate these non-traditional Republican positions."

At odds with their nominee who is trailing his Democratic rival Hillary Clinton significantly in most polls, many Congressional Republicans are hedging their bets.

"He had very few Congressional endorsements so he is definitely not the chosen candidate of the people who are in Congress," said Michele Swers, professor of government at Georgetown University. Many candidates are trying to have it both ways, she added, endorsing the party nominee, but not specifically endorsing the person Donald Trump and his positions.

That many Congressional Republicans are keeping Trump at arm's length is particularly evident at campaign events. Normally, Congressional candidates relish campaigning with their presidential nominee, hoping to get a boost from being able to woo the prominent guest to their home state. Not so with Trump.

"When they see him campaigning in their states, a lot of them decide that they have other things to do," said Swers. For instance, when "Trump was campaigning in Wisconsin, House Speaker Paul Ryan wasn't campaigning with him. So they are trying to put some distance between themselves and Trump."

Mike Coffman, however, a House Republican running for re-election in a competitive Colorado district that includes a sizeable Hispanic electorate chose a different path. He recently came out openly against Trump in an online ad, stating "I don't care for him much" and "if Donald Trump is president, I'll stand up to him".

While the Republican majority in the House (247-188) is cushy and generally deemed safe in the November election, Coffman's open opposition against Trump shows that "Republicans are increasingly getting nervous about House races as well," said Oppenheimer.

The Senate, where Republicans only hold a small majority (54-46), is generally seen as much more vulnerable to a takeover by Democrats, who are currently expected to gain at least two or three seats.

But a loose-cannon Republican presidential candidate whose antics constantly divert attention from their own races makes an already difficult election season for Congressional Republicans much worse.

"There's a great of deal of worry among Republicans that Trump's standing in the polls will drag down Republican congressional candidates," said Smith. Particularly in close Senate races, "anything that will move the needle" could be decisive, Oppenheimer added.

Should Trump's slump in the polls continue it will be only a question of time before Republicans will try to cut themselves loose from their candidate, said Oppenheimer:

"The other thing you will likely see going on, and you have already seen it to some degree, are Republican Senate and House candidates and the party organizations on Capitol Hill arguing that Clinton's going to win the presidency and we have to keep Democrats from winning the House and Senate as well." 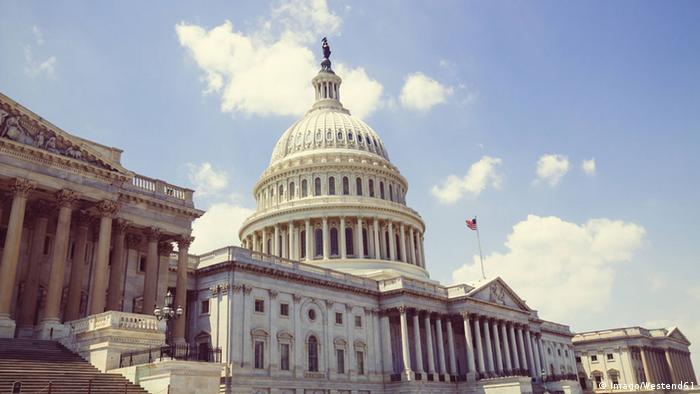 The stalemate in US politics will continue after the election

"The basic problem of a stalemate in American policy-making will remain," said Smith.

That is because in a Senate where the majority might be even closer than now, the opposition party will have plenty of votes to block actions from the majority. And in a House with a possibly slightly smaller GOP majority, Tea Party Republicans could play an even greater role.

"The party polarization hasn't shrunk in any meaningful way," Smith noted. To expect Clinton or Trump - nominees plagued by historically low favorability ratings - to change that once in the White House is unrealistic, said Smith.

"There's just no sign that either presidential candidate will be able to bridge the differences between the two parties."

Donald Trump, the Republican nominee for the US presidential election, has finally endorsed leading party colleagues. The move ends a four-day standoff and may signal a change in campaign strategy. (06.08.2016)

The Republican presidential candidate has reaffirmed his comments, claiming the US president was aided by Hillary Clinton. The US leads a coalition in airstrikes against the group calling itself the "Islamic State." (11.08.2016)