Why is Russia afraid of NGOs?

Why is Russia so concerned about the state of its constitution? Can NGO activity really undermine a country or are other factors required? Fiona Clark in Moscow goes in search of answers. 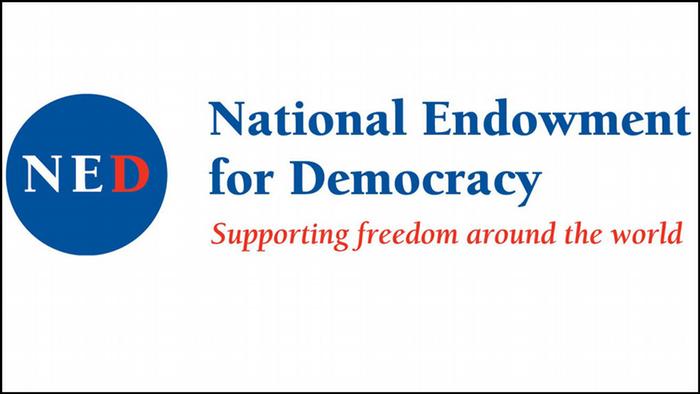 This week Russia banned the activities of the US-Congress funded NGO, the National Endowment for Democracy or NED, on Russian territory. This is the first NGO on a list of about 12 'undesirable' organizations to be shut down under a law that came into effect a few months back.

The law basically says that any organization that is deemed to be a threat to Russia's constitution, sovereignty or security can be shut down and the onus is on the group accused to prove its innocence, should it wish to challenge the decision.

In this case the Prosecutor General's office described NED as a threat to "the foundations of Russia's constitutional order, its defense capability and security." It alleged that the NGO had spent US$5.2 million on pro-democracy activities in Russia that were directly aimed at influencing political events and undermining elections results.

The Russian press chimed in claiming that NED was a central player in the Maidan protests in Ukraine that lead to the ousting of the Yanukovych government. Apparently NED even paid for the cookies that the US Assistant Secretary of State for European Affairs Victoria Nuland handed out around the time of that infamous phone call with the US ambassador to Ukraine where they discussed who should and shouldn't form part of the replacement government.

Irrespective of those allegations and whether the NED is or isn't an agency funded by the US government which acts to further US foreign policy, the bigger question is, why is Russia so worried about its activities on its soil?

Does Russia really think that the activities of NGOs like NED will undermine its constitutional integrity? Or lead to a Maidan-like overthrow of its government? For that to happen the conditions would have to be ripe and at the moment they certainly don't appear to be. The Putin government is still popular, the country is stable and - until it all came crashing down - the economy had performed well.

But now Russia's economy has come to a grinding halt and economists are predicting a long and slow recovery. GDP was down 4.2 precent in June, inflation is running at more than 15 percent and the ruble has lost 40 percent of its value. Shops and restaurants are closing, unemployment is rising and recovery is predicted to be long, slow and painful. Political analysts are wondering if this is behind the government's decision to bring its parliamentary elections forward to September instead of holding them later in the year, as they usually do: get the votes in before public dissatisfaction does start to rise.

At the moment, according to an opinion poll by Levada Center, a market research company, 53 percent of the population think the economy is "average" which compares well with 15 percent in 1994, when the country was in serious economic freefall. But faced with a decrease in purchasing power, an inability to get loans, it's not likely that people will keep what the Brits call a 'stiff upper lip' forever.

If the government can't turn that around, this will be its Achilles heel, providing fertile ground for what it sees asthreatening NGOs. People will give their leaders a lot of leeway when they're comfortable, but once they aren't it won't be long before they say enough is enough - and no amount of patriotic, morally superior ideological mumbo-gumbo, the verbal diet they receive from state-run television, will save them then.