Why is radicalism growing among Indonesian students? | Asia | An in-depth look at news from across the continent | DW | 11.06.2018

Why is radicalism growing among Indonesian students?

After terror suspects were arrested at an Indonesian university, there is concern that the country's educational institutions are harboring extremism. DW spoke with Indonesian counterterrorism expert Noor Huda Ismail. 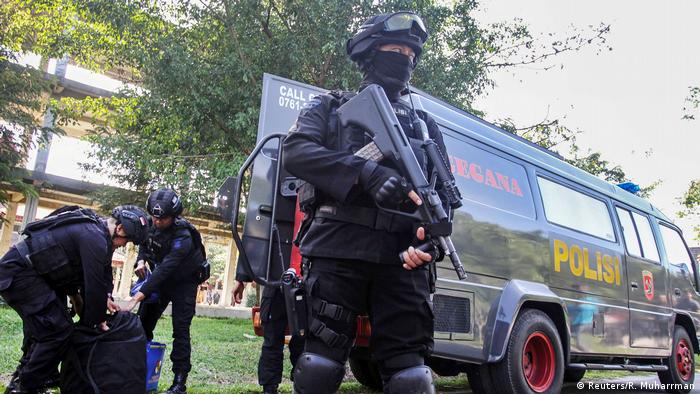 Earlier this month, Indonesian counterterrorism police conducted a raid at the University of Riau, located in the city of Pekanbaru on Sumatra Island. The police seized crude bombs and other explosive material. Three suspects were arrested.

The three suspects were alumni of the college, and police said that one person detained had been planning to attack the local parliament in Pekanbaru, the capital of Riau province.

The case has opened a new chapter in Indonesia's fight against terror. The latest study by Indonesian state intelligence (BIN) shows that radical groups have infiltrated certain universities in Indonesia.

The Indonesian government and universities have begun to increase monitoring of student activities. This does not come without controversy, as universities are seen as places of academic freedom. DW spoke with Indonesian counterterrorism expert Noor Huda Ismail about the threat of extremism on Indonesian university campuses. 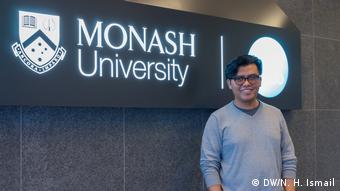 DW: After the arrest of Riau University alumni allegedly related to terrorism, is monitoring student activities to prevent radicalism on campus required?

Noor Huda Ismail: Radical groups often target student groups for recruitment. The problem is not how we monitor students on campus, but how we deal with the narratives of radical groups. It is worrisome that many Indonesians are always demonizing other people who have different ideologies or perspectives.

There are two different ways of looking at the issue of radicalism. One connects radical thinking with radical action. Another separates radical thought from action. I tend to agree with the second approach.

As long as radicalization remains a thought and not an action, we do not need to take legal measures. We simply understand that there is a symptom of radicalism within the campus. Moreover, being a radical is often interpreted as a "counter-culture" for some young people. They do not like the "mainstream" and therefore being moderate is maybe not "cool" for them.

Read more: Analyst: An attack on 'a soft target' was feared

If it doesn't come from thinking, what are the things that trigger people to act radically?

Facts on the ground show that ways of thinking, cognitive patterns or ideology are not always causes of radicalization. Social networks, friendships, teacher-student relationships and fraternities are better indicators.

Out of 25 people I interviewed, about their process of going to jihad in Afghanistan in the 80s and the late 90s, or to Syria in the 90s, I didn't find ideology as a primary motivator. They joined extremist groups often because of "cultural" products of this group, such as films, nasyid (songs), clothes, music and lifestyle. For example, Yusuf (an ex-jihadist) became interested in jihad after he watched a massacre video in Bosnia via social media.

Therefore, the challenge of the academic community is to understand this process of radicalization. Reasons students become radicalized could have to do with the state being absent, the weakness of moderate groups' and right wing groups taking over campuses. 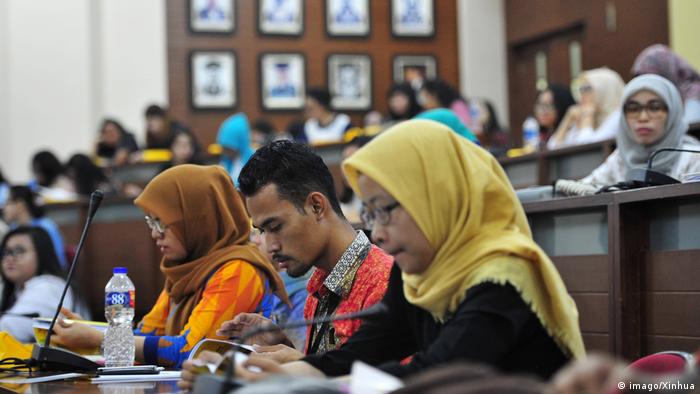 Could you provide an example of how cultural can influence behavior?

We can take the example of far-right movements. They are not overtly selling their doctrine. On the contrary, they try to influence people through humanitarian actions such as blood donation or helping orphans. All of these actions are legal and it is difficult for the government to ban them.

If the state is willing to seriously tackle a group, it must be present. Of course, this is difficult to implement because Indonesia has a lot of problems. The state should invite civil society to encourage radical groups to broaden their horizons and participate in more "moderate" activities.

How can radicals be encouraged to participate in moderate activities?

A point of weariness can develop for someone who is a radical. Sometimes, they also want to retire and start a new life as a moderate. However, moving from one social network to another is not so easy. What I have done is provide radicals with a new social network with which they can feel accepted and appreciated.

How Indonesian women are lured to jihad

Who is the most appropriate agent to do this?

People who have been in the radical network and who have now have started a new life. The most appropriate person to invite people to quit smoking is not a doctor who never smoked, but a former smoker who has stopped. Basically, a person does not like to be blamed, misunderstood and ordered by others. But by sharing from heart to heart, I believe people can change.

If you were in the position to tackle the phenomenon of radicalism on campus, what steps would you take?

I've never wanted to be a government minister, however, I imagine if I was a minister of education facing this radicalism problem, I would put forward the logic of humanity. The point is to get hardliners to solve humanitarian problems together.

For instance, you could invite them to work together with different groups to help remote poor villages in Papua or ask them to join clean water projects in dry areas in East Nusa Tenggara or to handle the rise of human trafficking.

By concentrating radical students' energy on concrete issues, it could force them to no longer think fragmented in religious barriers, but in skills.

Noor Huda Ismail is counterterrorism and de-radicalization expert. Through the Institute for International Peace Building, he reincorporates former terrorists back into mainstream Indonesian society.

Indonesian police have arrested a man suspected of planning a bomb attack on Myanmar's embassy in Jakarta. The material used could have made bombs much bigger than the ones used in the Bali bombings in 2002. (26.11.2016)