Why is piracy increasing on the Gulf of Guinea? 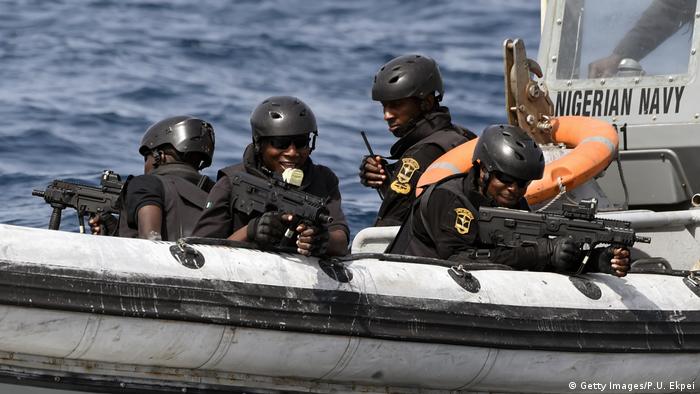 The container ship Mozart was more than 200 nautical miles (370 kilometers/230 miles) off the Nigerian coast in January when the pirates struck out of nowhere.

Media outlets published reports of dramatic scenes on board the vessel: While the ship's crew cowered in a safe room fearing for their lives, the pirates quietly set about their work getting to them. It took them six hours to break open the door to the so-called Citadel but they did it. In the end, one crew member was killed and 15 others were kidnapped. The men have since been freed, but it remains unclear if ransom money was paid for their release.

According to the International Maritime Bureau (IMB), there were 135 maritime kidnappings recorded in 2020 —and 130 of them took place in the Gulf of Guinea. Much like the capture of the Mozart, many of those kidnappings followed an increasingly dangerous script.

"We see that the pirates are acting with greater impunity," IMB Director Michael Howlett told DW. "They are spending more periods of time on board vessels. In one case, they were on board a vessel for more than 24 hours, totally unchallenged."

Increasingly bold kidnappers are creating fear around the world, and especially in the important sea lanes that traverse the Gulf of Guinea. This area facilitates trade between southern and western Africa, and is a key route for valuable goods such as crude oil emanating from Angola and Nigeria.

"Over the past two or three years, the sea lanes in the Gulf of Guinea — a strategic region through which the majority of Europe's trade moves — has become the main theater of international piracy," Portuguese Defense Minister Joao Gomes Cravinho told DW. His country took the EU's rotating, half-year presidency in January.

Since 2014, the EU has contributed more than €55 million ($66.7 million) to the fight against piracy. This has included security upgrades for harbors and programs designed to improve cooperation between security forces in the region.

More European cooperation on the Gulf

In January, EU heads of state and government took things a step further. A number of European navy vessels are already active in the region and these are to be networked in the future in order to communicate patrol responsibilities and exchange information on pirate activity.

Whether navy vessels rush to help others under attack is decided on a national case-by-case basis. In November, for instance, an Italian fleet used a helicopter to chase off pirates who had boarded a Danish ship.

Kamal-Deen Ali, executive director of the Center for Maritime Law and Security Africa in Accra, doesn't believe this is a long-term solution. He has called for more aid to neighboring states, which lack almost everything — including well-trained naval officers. Many countries, said Ali, don't even have functioning radar systems to monitor their waters.

Things don't look much better when it comes to the ships. Ali, who served as an officer in Ghana's navy, said many countries have the necessary equipment, but putting it to use is a challenge — often they lack the "funding [for things like fuel or spare parts] to make them operationally active at sea."

"Gulf of Guinea piracy is a regional problem that requires an effective regional response," said Howlett. There have been small signs of encouragement: Nigeria, for instance, has invested roughly €165 million in improved surveillance systems, ships and airplanes. The recently appointed naval chief of staff, Rear Admiral Awwal Zubairu Gambo, has ordered his officers to take a hardened approach to pirates. In January, a navy vessel rushed to assist a container ship that had been attacked just off the coast.

But an expanded presence on the water isn't enough. Howlett said that acts of piracy are still planned on land, and they still end on land. This is where gangs are headquartered and where they invest their loot, and it's why policing and justice experts are also calling for a tougher approach to pirates. As a result, Nigeria has tightened some corresponding laws: In July, for example, the country's Supreme Court heard the case of 10 suspected pirates who had boarded a fishing trawler. 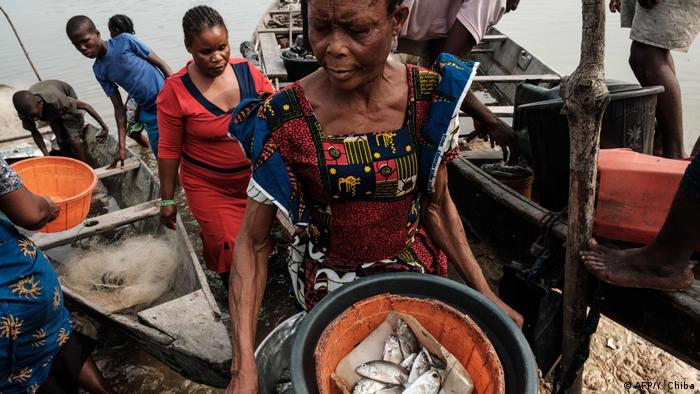 The roots of the problem, however, run deep. Ali said that most of the pirates come from the Niger Delta in southern Nigeria, an impoverished region that is home to vast oil reserves but where drilling has contaminated local land and water. Since the two most important economic sectors in the area — fishing and farming — have been destroyed, many people are looking for other sources of income. This makes it easy for criminal gangs to recruit new pirates.

"When you have an environment where you can easily recruit criminal networks because they have livelihood concerns, then this is a major problem to confront," said Ali. "And this is the reason why other countries in the [area] must also look at our coastal communities closely, especially when it comes to fisheries."

If that doesn't change, he said, attacks could increase despite the EU's best efforts.

This article was written with the collaboration of Joao Carlos in Lisbon, and translated from German by Jon Shelton.