Cameroon and Nigeria have intensified efforts to fight piracy and banditry along the Gulf of Guinea. And as a result of these joint operations, the number of hijackings have drastically fallen down. 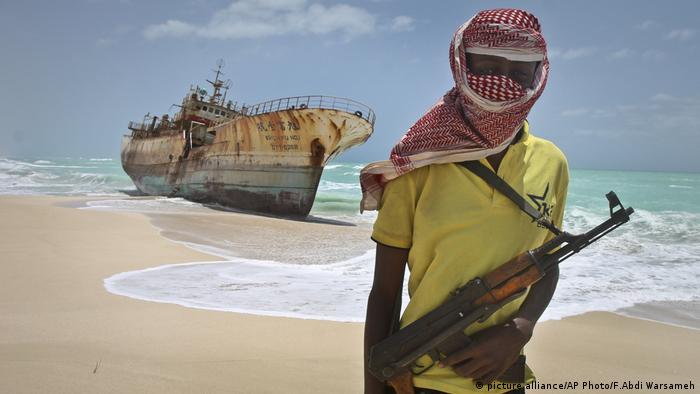 The two countries still face enormous threats from armed gangs, and Chinese vessels fishing right in protected areas thereby destroying aquatic resources. The navy teams are now working together to stop illegal fishing and fight piracy which is responsible for the many kidnappings that take place in the gulf.

More than 205 pirate raids in the Gulf of Guinea have been recorded over the past eleven years, according to IMB. Chief Petty Officer Charles Tieutche from the Cameroon navy is the commander in-charge of Cameroon's warship, Le Ntem, which is patrolling parts of the Gulf of Guinea.

"We have taken necessary measures to respond to any attacks from pirates and we are prepared to defend and intervene in any unfortunate circumstances at sea," Tieutche told DW.

When a ship is spotted, the patrol teams have to establish its mission and search it if need arises before giving it a green light to continue. And once vessels are caught in the protected waters, it means that arrests have to be made. As Tieutche and his men continue with their patrol, they spot a Nigerian vessel in the protected waters. The occupants are arrested and the captain, Fidelis Uche, has to painstakingly explain to the patrol team, if, he and his men have to be let off the hook. 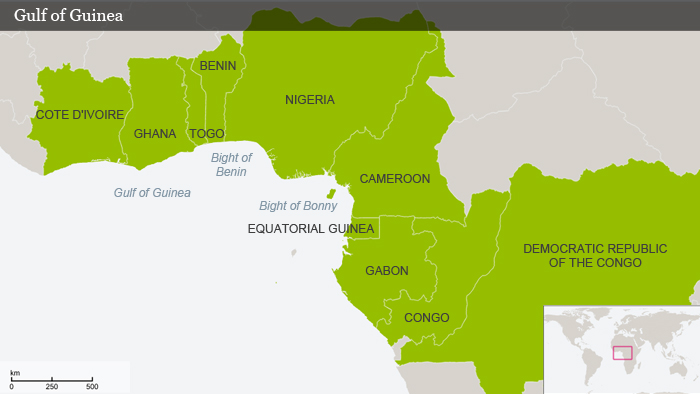 "Around two o'clock, I entered the Cameroon waters unknowingly. When the navy came and showed me the chart, I realized that I was at fault," Uche explained.

Such events are not common, and many criminal gangs are out there to hijack oil tankers. Since the beginning of this year, fourteen hijackings were reported in the Gulf of Guinea.

Rear Admiral James Oluwole of Nigeria eastern naval command in Calabar said their joint efforts with Cameroon at the coast have greatly paid off. "We have seen better collaboration in recent days and have been able to fight acts of piracy which was not easy before. We've also made some arrests where necessary all the way from Angola to Senegal," Oluwole said.

Much as there are concerted effortsto fight piracy, criminal gangs involved have also become more aggressive in their operations. Piracy has  affected countries along the Gulf of Guinea which supply around 40 percent of Europe's oil and 29 percent of petroleum products to the United States.