Why Donald Trump’s travel ban could meet an unexpected end

While the US president hailed the Supreme Court’s travel ban ruling as a win, leading law scholars painted a more nuanced picture. They predict months of legal chaos and question a revisit of the issue set for the fall. 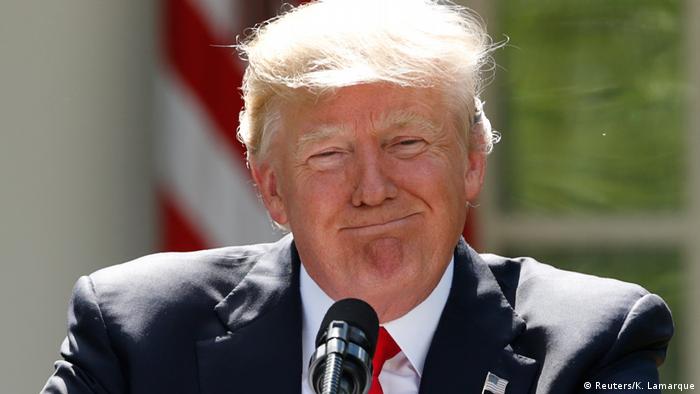 1. Is the Supreme Court's decision to allow parts of the travel ban to go into effect a vindication for President Trump?

As expected, President Trump took to Twitter to share his view of the Supreme Court's ruling on his controversial travel ban that has been caught up in the courts since Trump signed the original executive order on January 27. The president signed a modified version on March 6. Not surprisingly the president called the Supreme Court's decision a "great day for America's future safety and security," interpreting it as a legal victory for the administration.

But three leading legal scholars approached by DW paint a more nuanced picture of the court's ruling. "I would not describe the Supreme Court's decision as a vindication of Trump - vindication is far too strong a word," said Cristina Rodriguez, a Yale University professor specializing in constitutional and immigration law. "Whether you characterize the decision as a win or a loss for the government depends on your baseline."

The court allowed the Trump administration to deny citizens of the six countries named in the order - Iran, Libya, Somalia, Sudan, Syria, and Yemen - who don't have close relatives or a genuine, documented connection to an educational or corporate entity in the US entry to the country - which could be seen as a legal victory for the government.

But at the same time the court denied the government the power to keep the large pool of people from those countries who do have relatives or a connection to an American entity out of the US - which could be seen as legal defeat for the government.

Essentially, whether the ruling is seen as a victory or a defeat depends on one's perspective: is the glass half full or half empty?

"The Supreme Court's order is only a partial victory for President Trump," said Stephen Yale-Loehr, a professor of immigration law at Cornell University who co-wrote the leading 21-volume treatise on the issue. "The order still allows foreign nationals and refugees who have a bona fide relationship with someone in the United States to enter the country."

"I would certainly not characterize it as a vindication for President Trump as most of the ban remains enjoined by the lower courts' rulings," said Philip Torrey, the managing attorney of Harvard University's Immigration and Refugee Clinical Program. 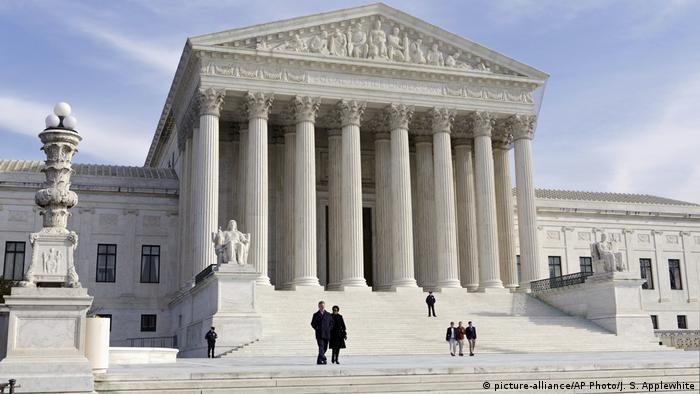 The Supreme Court decision will lead to more legal wrangling

2. The Supreme Court issued only a preliminary ruling and will hear the full case in October. What does this mean for travelers from those countries until then?

While the situation for travelers from the six countries who have relatives or clearly established connections to universities or businesses in the US appears theoretically clear, it is less so for the many visitors without relatives or more nebulous ties to US-based educational or business institutions.

The key, and unanswered, question is how exactly travelers can prove their ties to the US. Scholars predict this legal limbo will keep lower courts and border officials busy this summer and again test the nerves of travelers from those countries.

"It will be confusing for citizens of the six affected countries and refugees from around the world," said Yale-Loehr. "If they can show a relationship with a US citizen or university, they still can enter the United States. But how they will prove that remains unclear. I predict more litigation to sort this out."

Yale University's Rodriguez agreed: "The court reintroduced uncertainty into the picture for travelers, because it's far from clear who exactly will meet the Court's standard for having the requisite connection to the US to escape the ban."

3. How is the Supreme Court likely to rule on the full case in October?

Since the travel ban order was limited to 90 days, the Court's decision to hear the case in the October means that the current order will have expired by the time the judges are ready to deal with it. Put differently, unless the Trump administration extends the travel ban, the court may well decide not to take up the case at all in October, since the order would be out of force.

The Supreme Court specifically mentioned the issue in its ruling when it asked, in legal parlance, about the case being "moot" before the judges would deal with it.

"I think it's very likely the court will find it to be moot," said Rodriguez, referring to the 90-day order that will have expired by October.

Yale-Loehr shared this opinion. "The case may be moot by October, since the 90 day travel ban will have ended by then," he said. "Of course, President Trump could extend the travel ban, so we don't know yet."

Both scholars noted that it is difficult to predict how the Supreme Court eventually would rule on the merits of the case - should President Trump decide to extend the travel ban - since the preliminary ruling avoided a clear decision.

"It has the feel of a political compromise," said Rodriguez.

"The court essentially split the baby in half," said Yale-Loehr.

"I think the fact remains that the religious animus of the executive order makes clear that it is an attempt by President Trump to stop the entry of Muslims, which is unconstitutional regardless of the ties those seeking entry may have in the United States."

American tourism companies are seeing early signs that US President Donald Trump's still-young administration is hitting foreign visits and fear "destination USA" could suffer further in the years to come. (07.06.2017)