Why Donald Trump is so popular at Germany′s carnival celebrations | Culture| Arts, music and lifestyle reporting from Germany | DW | 17.02.2017

Why Donald Trump is so popular at Germany's carnival celebrations

Cartoonists around the world love the new US president for his unique hairdo, but that's not all. As the Carnival season really kicks off in Germany, Donald Trump-style wigs are just about sold out. 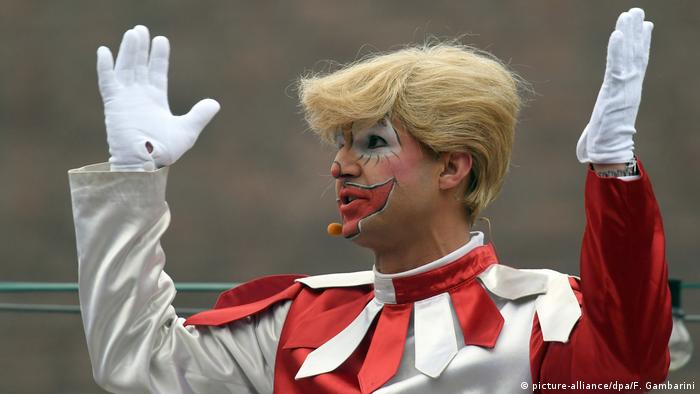 "The "president's wig" is sold out," says Marion Wendt, sales manager at the Cologne branch of Deiters, a German costume chain. It's also sold out in many of the chain's other shops nationwide, while Maskworld in Berlin is more than pleased at how the "typical Trump hairdo" is selling like hotcakes this time of year.

A charity ball in Raindorf has launched a debate in Germany over its use of a derogatory term for black people. The locals have defended the name as "a normal term" in Bavaria's dialect, while critics say it's offensive. (23.02.2017)

A kiss for your tie? Why Carnival kicks off with gender power games

Women take charge of men on the Thursday before Carnival, cut off their ties and give them a kiss. It's a tradition that hails from an era when women's rights were non-existent. (23.02.2017)

No matter how unpopular US President Donald Trump may be, his look is coveted for Carnival this year. Dressing up as Trump is a relatively affordable affair, too: suit, wig, long red tie and lots of orange face make-up.

Euromaxx: Here's how you can dress up as President Donald Trump at this year's Carnival!

Shops selling Carnival costumes and apparel have all reported heightened interest in Trump-style wigs, while shops that don't carry that particular version tell Carnival-crazy shoppers to go for the "Heino" wig instead, referring to a popular German bard with a similarly peculiar hairstyle.

Trump is also sure to be lampooned on the large floats that cruise down the streets in Cologne, Düsseldorf and Mainz on Rose Monday. In 2016, a float touting the then presidential candidate as a naked bottom with ears and, of course, hair was a big hit in the parade in Düsseldorf. 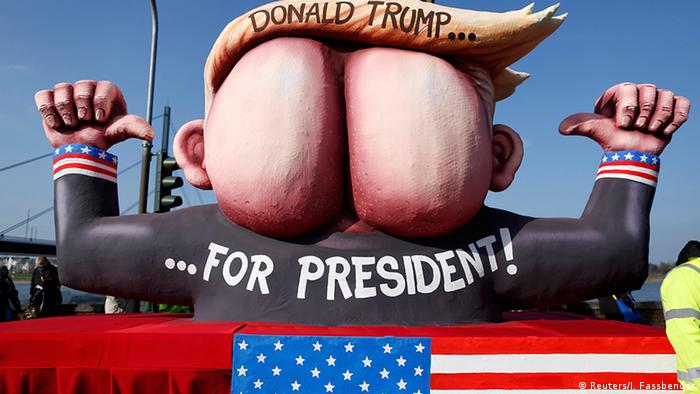 On November 11, 2016, the actual start of the current Carnival season in the Rhineland area, that city dressed up its popular fictional Carnival character, the "Hoppeditz," as Trump. With or without the presidential hairstyle, it should be noted that the "Hoppeditz" is always burned and his ashes laid to rest when the season ends on Ash Wednesday.

Sometimes more, sometimes less subtly, many Carnival shows in the region also take aim at the new US president. The highly popular "Stunksitzung" show in Cologne that runs almost nightly for weeks on end shot Trump to the moon this season with the words: "Get lost, you won't be missed."

Cowboys should leave the toy guns at home

No doubt anyone out for Carnival this year will spot revelers with Trump wigs.

The number one seller for women this year, however, is dressing up as a doe or a unicorn, while men prefer American football gear. 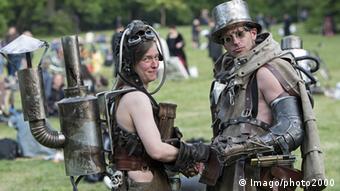 If all the Trump wigs are sold out, how about a steampunk outfit instead?

Steampunk outfits are popular with both men and women, too, as are Pierrot mime clowns in black and white. Other carnival-goers in Cologne and Düsseldorf will certainly sport traditional outfits in red and white - the cities' colors.

Clowns, pirates, cowboys and Indians, nuns and bees, devils and angels are always popular. So are policemen and soldiers.

But this year, authorities are urging people planning to carry toy guns and fake assault rifles to leave them at home for security reasons. One look at the often realistic replicas might make the real police, who will be out this year in force, nervous.