On the face of it, Chinese property developers' debts appear big enough to crash the national economy. But several factors could limit the real estate downturn and the threat of global financial contagion. 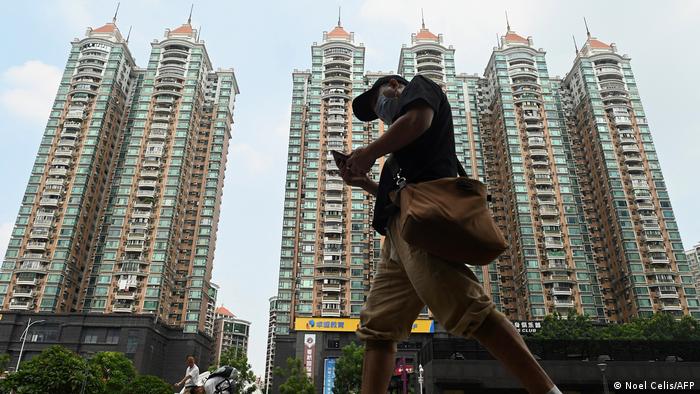 Any story you tell about China, with its population of 1.4 billion and an economy that has more than doubled over the last decade, will always involve big numbers ― scary numbers.

There was, for example, a collective shudder in September when the debt woes of one of the country's biggest real estate developers, China Evergrande, climbed to $305 billion (€264 billion) as a result of years of aggressive expansion. But that was just the tip of the iceberg.

The total combined debt of China's major property developers is now estimated at more than $5 trillion by financial group Nomura. Is that a big and scary enough number for you?

Worse still, 20 of the top 30 property firms by sales have breached at least one of three debt redlines set down by the Beijing government to rein in real estate speculation, according to Bloomberg News, meaning they're unsustainable

The worst offenders include Country Garden, the largest property developer by sales, and China Railway Construction Corporation (CRCC) — which as well as properties, has built much of the country's high-speed rail network and subway systems. Together with Evergrande, CRCC has breached all three debt redlines.

Evergrande owes its workers money, too

With property being a key driver of economic growth ― contributing about 29% to China's gross domestic product (GDP) ― any major real estate crash could threaten the entire Chinese economy. While new-home sales dropped 32% last month as the Evergrande scandal unnerved investors, huge differences in the way the Chinese real estate market operates could limit the impact of any bubble bursting.

"The reason Beijing created the debt redlines was to prevent a property crisis like the one in the US in 2008," Xiaobing Wang, senior lecturer in the economics of China at the UK's University of Manchester, told DW. He predicted that although a crash would "have a negative impact on people's livelihoods, the shock to the wider financial system should be limited."

The reason, Wang said, is that most middle-class Chinese had much higher savings than in the West. On average, Chinese consumers saved 33.9% of their disposable income in 2020, according to Goldman Sachs. Traditionally, they have used their savings to speculate on the stock market and in property. 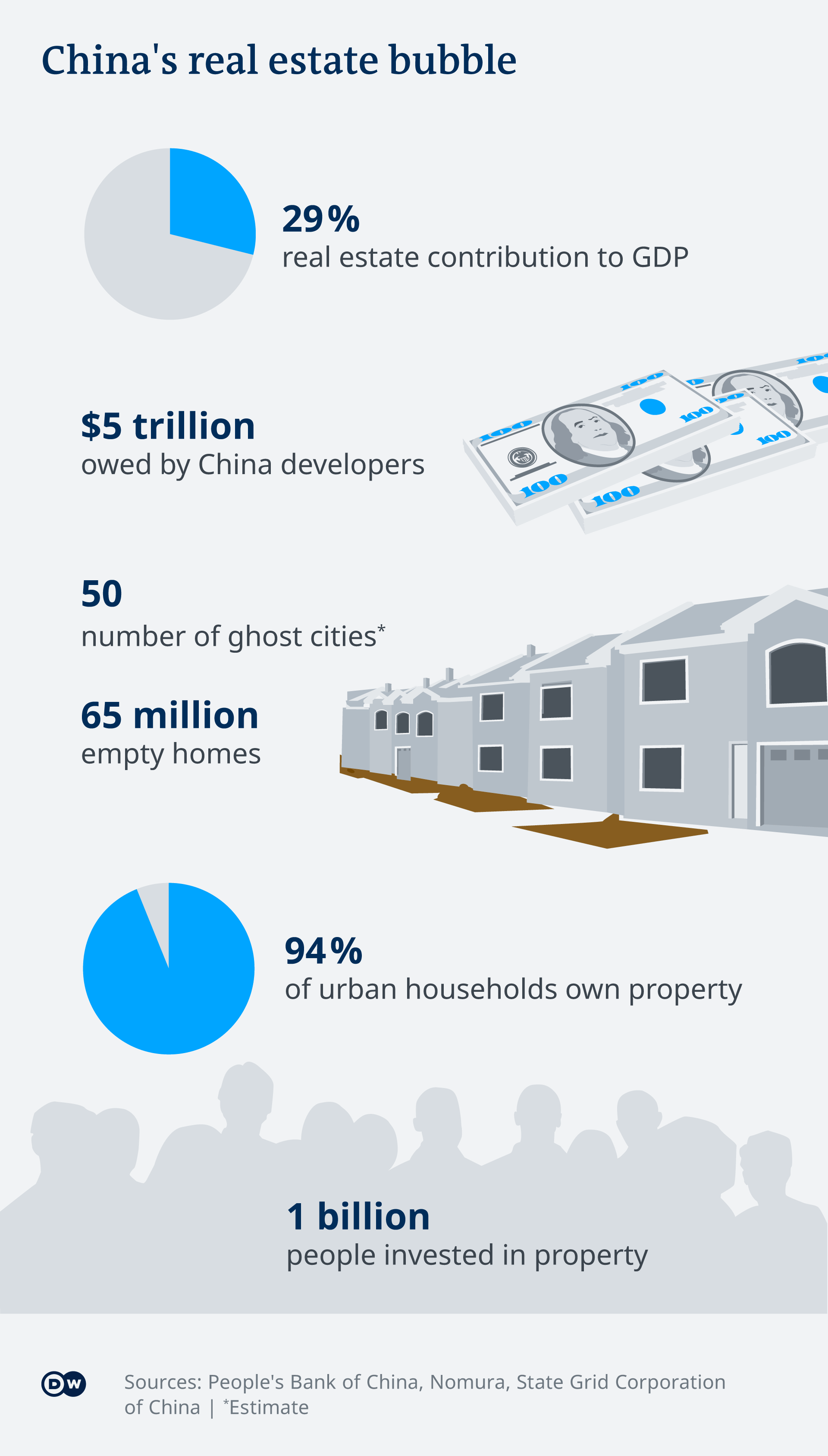 Although millions of individuals "will have to bear heavy losses," a property downturn that was forewarned for years is preferable to a crisis that affects the entire global financial system, like the collapse of US investment bank Lehman Brothers in 2008.

Since China began opening up in the late 1990s, property speculation has helped hundreds of millions of Chinese investors become ridiculously wealthy. Between 2000 and 2018, the average price of property quadrupled.

Apartment prices in the capital Beijing have reached 55 times average incomes. The Chinese property market is already twice the size of the US residential market and in 2019 was worth $52 trillion.

Another difference is that Chinese property owners don't expect high rental yields. Whereas in Western countries, landlords will expect to earn back the value of the property in rent over a 10-to-20-year period, in China it's more like 50, and in some cities, 100 years, said Wang.

Instead of owners defaulting in huge numbers due to a lack of rental income, most will begrudgingly accept the new reality of lower prices and future values — which is just as well as one-fifth (65 million) of Chinese homes are vacant.

"Clearly, there's a massive oversupply, but it's homeowners that are holding many of these empty properties, not the developers. They're all bought," Wang told DW. They're just not occupied by the owners or renters.

Developers will go under

That's not to say that some of China's biggest property developers won't go to the wall. In recent weeks, Evergrande and others have struggled to offload assets to help repay massive piles of debt after borrowing costs soared on financial markets.

Any collapse of Evergrande — which employs 200,000 people and indirectly sustains 3 million jobs — is likely to be carefully managed by Beijing to limit the fallout to the wider economy. The company has so far avoided default by meeting two debt obligations at the eleventh hour. Another deadline for payment falls next week.

"There obviously will be some losses to the banks, but the large majority of developers will be able to repay their debts," Wang said.

Wang thinks average property prices are unlikely to drop more than 20%, and much less in some cities. That compares to the 50% crash that several US cities witnessed in 2008. While Beijing will continue to discourage speculation, including trialing a new property tax in some cities, Wang thinks the correction will be short-lived.

"Urbanization in China is only halfway done," Wang told DW, adding that rural Chinese would continue to move to second- and third-tier cities. "As their incomes and standard of living rise, they will want better housing."

While just 17% of Chinese lived in cities in 1978, the figure has now crossed 60%, and by 2050, four in five Chinese people — 1.12 billion people — will be classed as urbanites. When it comes to China, the big scary numbers keep on coming.