Evergrande: Why the Chinese property giant is close to collapse | Business | Economy and finance news from a German perspective | DW | 16.09.2021

Evergrande: Why the Chinese property giant is close to collapse

China Evergrande, once the country's second-largest real estate developer, is drowning in debt. Some 1.5 million people have put deposits on new homes that have yet to be built. A collapse could be catastrophic. 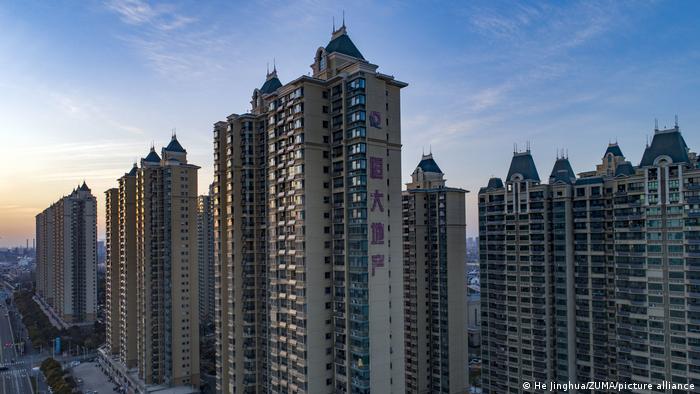 Property giant China Evergrande Group admitted Tuesday it is under "tremendous pressure" and may not be able to meet its crippling debt obligations.

Over the past two days, angry protesters have gathered outside the real estate firm's headquarters, demanding to know about its future.

Investors are growing increasingly nervous that if Evergrande were to collapse, this could could spread to other property developers and create systemic risks for the banking system of the world's second-largest economy.

What is China Evergrande?

Previously known as Hengda, China Evergrande was until recently the country's second-largest property group by sales.

Headquartered in the southern city of Shenzhen close to Hong Kong, Evergrande sells apartments to upper- and middle-income property buyers. It has a presence in more than 280 cities.

The firm was started in 1997 by Hui Ka Yan (Xu Jiayin in Mandarin), who has since become a billionaire through the opening up of China's economy.

In March last year, Forbes listed Hui as the third-richest billionaire in China — but in December, he had fallen to No.10.

Evergrande has vastly grown due to a spectacular real estate boom caused by China's unprecedented growth.

The firm has completed nearly 1,300 commercial, residential, and infrastructure projects, and says it employs 200,000 people.

Evergrande has expanded into other areas of the economy, including food, life insurance, tv/film and leisure. It also operates the Guangzhou FC football club, formerly Guangzhou Evergrande.

However, its electric car unit, founded in 2019, is not currently marketing any vehicles. 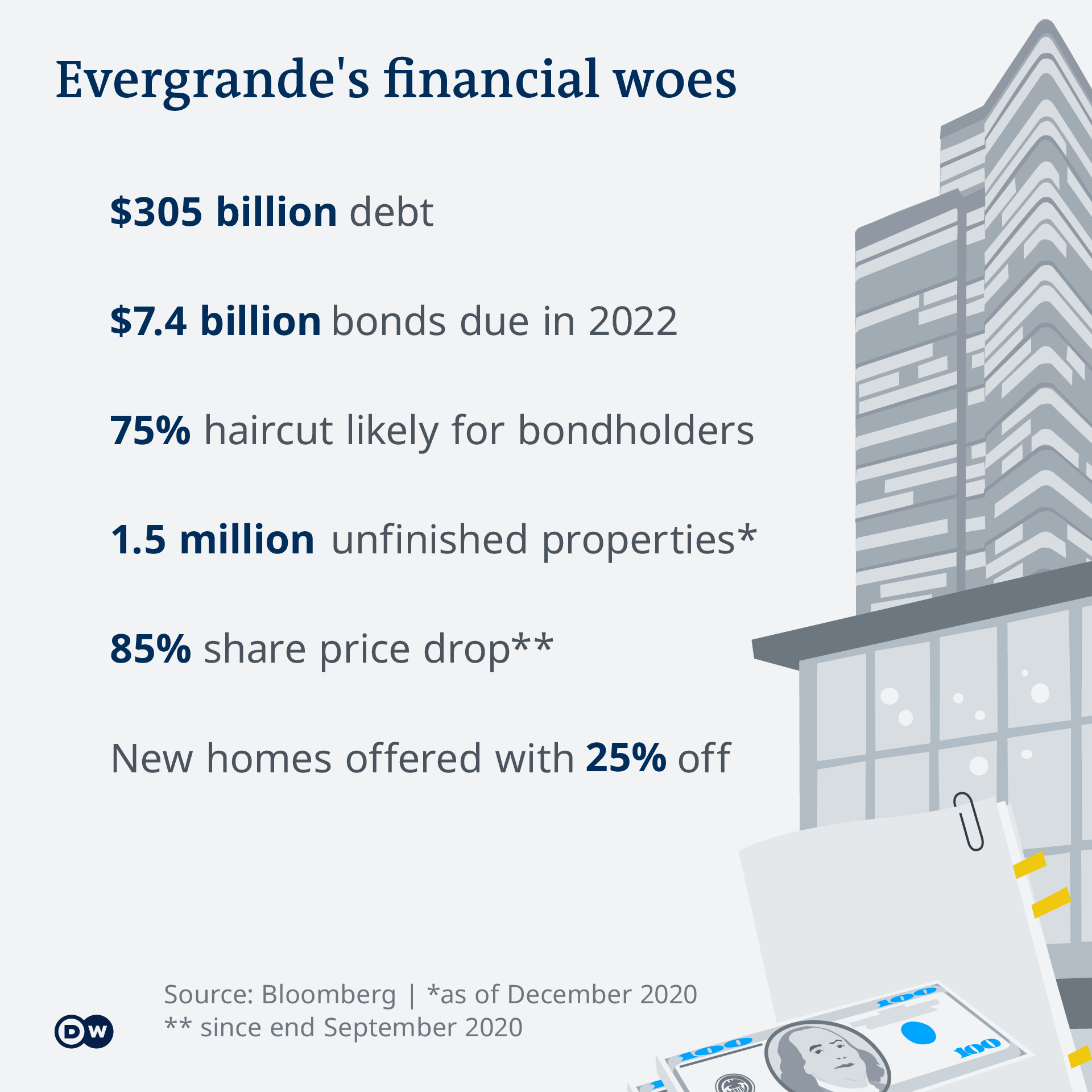 Why is Evergrande in trouble?

The Hong Kong-based developer is sinking under a mountain of liabilities totaling more than $300 billion (€254 billion) after years of borrowing to fund rapid growth.

Evergrande has stepped up acquisitions in recent years, taking advantage of a real estate frenzy.

But the property giant began to falter after Beijing introduced new measures in August 2020 to control the total debt level of major property developers.

Evergrande relied on presales to finance itself and keep its activities afloat, and the crackdown forced the group to offload properties at increasingly steep discounts.

Investors have made down payments on around 1.5 million properties, Bloomberg reported, citing data from December.

Many buyers have expressed concern on social media about whether they will get their money back after housing projects were suspended.

Evergrande was downgraded by two credit rating agencies last week and its Hong Kong-listed shares have collapsed by more than 80% this year.

On Monday, the Shanghai Stock Exchange paused trading in Evergrande's May 2023 bond after it fell more than 30%. 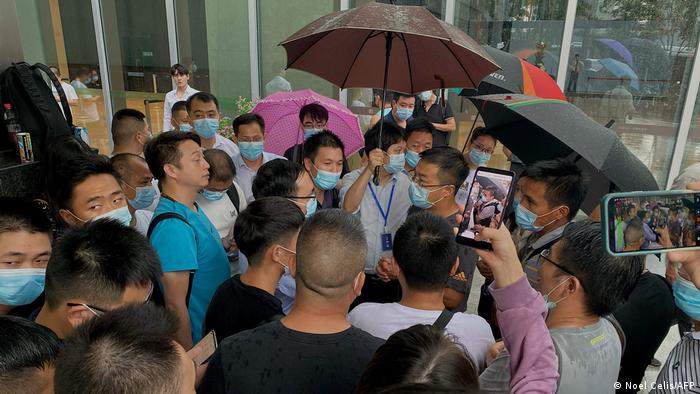 What is the company doing to save itself?

On Tuesday, Evergrande issued another statement to the Hong Kong Stock Exchange, saying it had hired financial advisers to explore "all feasible solutions" to ease its cash crunch.

The statement warned that there was no guarantee the property firm would meet its financial obligations.

The firm blamed "ongoing negative media reports" for damaging sales in the pivotal September period, "resulting in the continuous deterioration of cash collection by the group which would in turn place tremendous pressure on [...] cashflow and liquidity."

Even property discounts of up to a quarter off and selling stakes in some of its wide-ranging assets hasn't stopped a 29% slide in profit for the first half of the year. 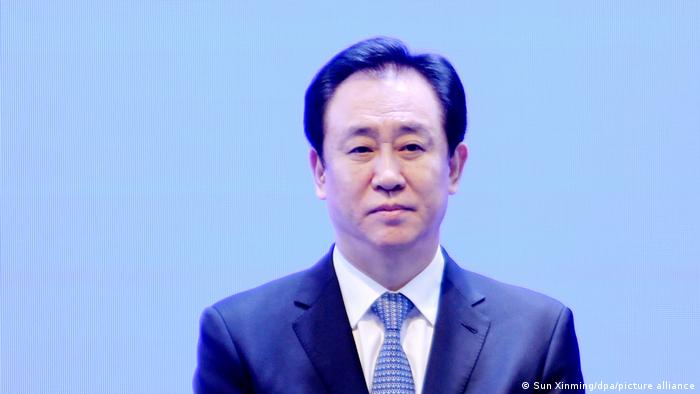 Why are Evergrande's woes so important?

Real estate is one of the major engines of China's growth, responsible for 29% of economic output, and any bankruptcy of such a major company would have huge repercussions.

Yet "markets don't seem concerned about the potential for financial contagion at the moment," he said, adding "that would change in the event of large-scale default."

Some analysts believe there is a slim chance Beijing would allow such a behemoth to go under.

Beijing "will not let Evergrande go bankrupt" as it would undermine the regime's stability, analysts at US-based SinoInsider said.

Bloomberg reported Tuesday that China's Guandong province had hired a team of accountants and legal experts to advise it on Evergrande's restructuring needs, although the regional government had turned down a request for a bailout.

With material from AFP and Reuters

First Alibaba and Tencent, now Didi Chuxing — Chinese authorities are tightening the regulatory leash on tech giants and their founders, while investors are wondering why the crackdown is coming now and who is next.

Business Beyond: How China is tightening control of its tech companies