The property company's financial plight comes as the Communist Party cracks down on business and tightens its control of the economy. Evergrande's fate and that of its founder, hang in the balance. 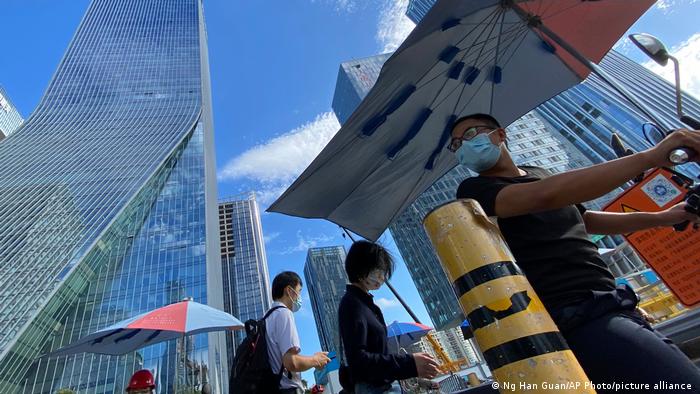 China's Evergrande is in big trouble — but is it too big to fail?

The plight of the heavily indebted Chinese property company Evergrande has sparked fears of contagion that could damage economic growth in China, the world's second-biggest economy, then spill over into the supply chain and wreak havoc on global growth.

There is a general perception that the Chinese government will intervene in some way to rescue Evergrande, despite its debts of $300 billion (€256 billion) and that Evergrande, unlike Lehman Brothers in the global financial crisis in 2008, is too big to fail.

The main reason the ruling Communist Party will intervene to support Evergrande is to preserve the stability it needs to maintain its grip on power. If anyone is too big to fail, it's the Communist Party.

Evergrande's fall has always been a matter of when, not if. The firm's founder, the flamboyant ex-steelworker Xu Jiayian, is the latest Chinese tycoon to fall victim to the old saying "two tigers cannot share the same mountain."

President Xi Jinping's crackdown on business in recent months is sold as a crackdown on inequality and a common prosperity campaign.

But the crackdown goes deeper than that. It's a shift from centrally planned capitalism to a more doctrinaire Marxist approach to business and marks a fundamental shift in China's economic landscape. The chief goal appears to be to further entrench the power of the Communist Party.

Recent months have seen a flurry of slogans and economic policies from the Communist Party aimed at reining in what the leadership sees as capitalism's more egregious impulses.

Meanwhile, "dual circulation" refers to a focus on the domestic market and external circulation, or interaction with the global economy.

Evergrande is China's second-biggest property developer by sales and its earlier success was built on China's astonishing urbanization project of the past 20 years — the biggest the world has ever seen.

Surging demand for housing meant real estate companies were effectively able to print money, backed by local governments, for whom leasing the land to the real estate developers was the main form of income.

The central government in Beijing actively encouraged this massive expansion because so much of China's economic growth story is built on real estate — it accounts for 29% of GDP.

Whenever things get too hot, to maintain stability, the Communist Party intervenes. Recent efforts to put the party at the center of the economy have seen even more measures to strengthen its control.

As a real estate empire built on rapid expansion and heavy borrowing, with what many see as a Ponzi-like cash flow model based on selling apartments that haven't been built to construct units it had already sold, Evergrande's fate hangs in the balance.

Ho-fung Hung, a professor of political economy at Johns Hopkins University, describes this tightening of control over the Chinese economy as "North Koreanization" and he believes it is going to have huge consequences.

"If the Communist Party doesn't save Evergrande, its free fall will create huge economic dislocation and plausible social unrest. If it saves it one way or other, there are many other big developers which are in equally dire shape or worse, and the government obviously cannot rescue everyone. Either way, the economy will take a big hit, and the old China growth model heavily reliant on debt-financed fixed asset investment can no longer continue," Hung told DW.

"But the economy's pivot to high-tech or private consumption-driven growth is far from complete. A deeper and prolonged slowdown of the economy is foreseeable," he said. 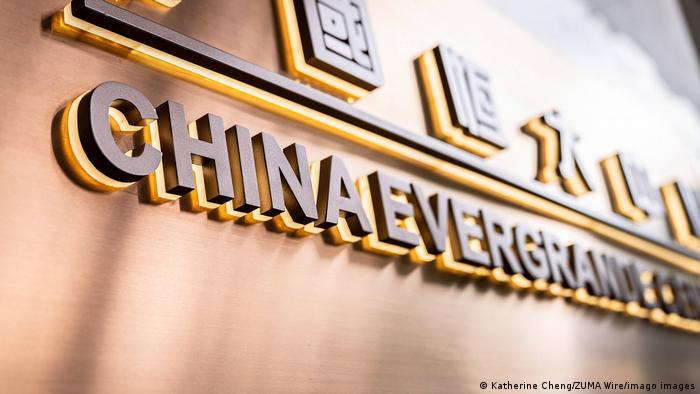 Things were so different back in November 2015. Xu Jiayian was celebrating Guangzhou Evergrande's win in the Asian Champions League. Joining him was the team's co-owner, Xu's good friend, Jack Ma, head of the e-commerce giant Alibaba. The champions on the pitch hailed the tycoons in the corporate boxes.

Fast forward half a decade, and Jack Ma has been effectively erased from history in China. Remarks critical of the Communist Party at a gathering in Shanghai angered Xi, who nixed his €29 billion-plus initial public offering of Ant Group, Ma's financial tech company. Once a prominent celebrity, Ma has only been seen once, in a video that many suspect was staged, since he disappeared in late 2020.

Xu is not the first high-profile real estate tycoon to have his wings clipped.

Wang Jianlin, founder of Dalian Wanda Group, once bought the Spanish soccer club Atletico Madrid, owned the AMC cinema chain and set up a film company which he expected to compete with Walt Disney.

His fall from grace came after he boasted that once Wanda was in the industry, state-owned enterprises didn't stand a chance.

He was forced to divest his overseas holdings. These days, Wang doesn't even rank in China's top 30 wealthiest, having lost about $32 billion of his personal fortune in less than six years.

In August, billionaire actress Zhao Wei — a close friend of Jack Ma — was blacklisted from social media and the government ordered that all her work be pulled from streaming sites in the country. While it's not clear exactly why she and her husband, Singaporean investor Huang Youlong, fell from grace, they were very powerful and wealthy public figures.

It remains to be seen what happens to Xu Jiayian and Evergrande. One aspect of the company's crisis is that Evergrande has pledged to build 1.4 million housing units.

If hundreds of thousands of families have to do without their deposits, the potential for social unrest is massive. That is something the Communist Party cannot tolerate if it truly is "too big to fail."