In the first part of her quest to understand Europe's biggest economy, Kate Ferguson explores the German obsession with saving money and asks whether frugality should be considered a virtue or a vice. 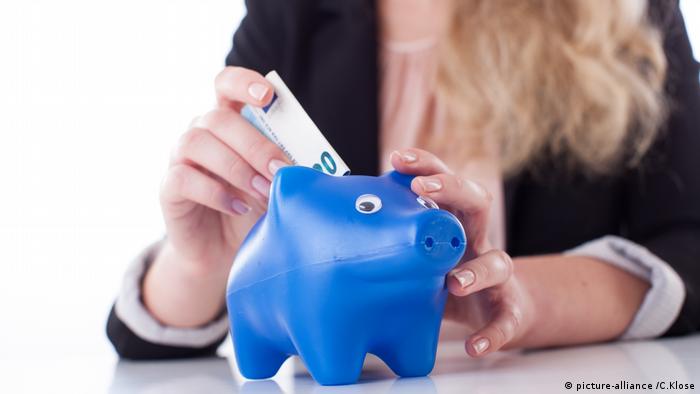 You've tried patches and foul-tasting nail varnish, but no matter what you do, your vices cling to you like a shameful odor.

Bad habits, we all know, are hard to break. But try quitting a good one and you'll find the challenge far greater still.

Read more: 4 direct questions you should be prepared to answer in Germany

When I moved to Germany from Ireland six years ago, I quickly realized it wasn't customary to thank the bus driver profusely for delivering me to my destination.

And yet I persist, leaning in for a perky "dankeschön" before I disembark, seemingly oblivious to the confusion and even contempt my gratitude provokes. 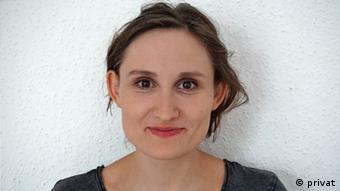 The more you get used to being virtuous, you see, the harder it is to stop.

No case illustrates the point better than Germany's centuries-old obsession with saving money.

The habit, as deeply ingrained in the national psyche as beer and sausages, has weathered wars, hyperinflation and totalitarian regimes.

To find out how, I make my way to the German Historical Museum in the heart of Berlin to meet Robert Muschalla, the curator of an exhibition titled Saving — History of a German Virtue.

I'm expecting to have a conversation about economics. I even scrawled a few numbers down in advance so I wouldn't come across uneducated.

One of them was $299 billion, the amount of spare cash Germany is likely to accumulate by the end of the year. "The world's largest current account surplus," I was prepared to quip. "Unlike the World Cup, a title it can retain!"

But if there's one thing I learn from Muschalla, it's that when it comes to the Germans and saving, it's about a lot more than the economy, stupid. "For 150 years, saving was primarily a form of social control," he says.

This, rather than any economic theory, is the basis of the exhibition, which spans the early 19th century to the modern day and features an array of documents and objects attesting to the enduring German love affair with saving.

The story of institutionalized money hoarding, I'm told, begins with the process of industrialization. As the population increased and poverty became more widespread, banks were presented as benevolent entities designed to help the poor help themselves.

Workers who set aside their earnings weren't only considered morally superior to those who gambled or drank it away; they were also less likely to revolt.

This is the starting point for Muschalla's argument that the German habit of saving has its roots in a form of social control. If you think it sounds far-fetched, consider what workers in neighboring France were doing while their German counterparts were filling out their bankbooks.

"In France they revolted and in Germany they saved," Muschalla says. These national habits, he believes, have endured to this day.

"If you look at labor disputes, in France you see workers up in arms. In Germany, we're proud if we have the two sides sitting across from each other at a table," he says. "It tells us a lot about the differences between countries in Europe today."

As a business journalist, it can get tiring reporting on Germany's bursting state coffers and its consistent trade surpluses. The idea, therefore, of saving as a form of social and political conditioning is an intriguing alternative to the existing narrative of sensible Germans resisting temptation.

But it's also a theory that reminds us of some of the darkest periods in the country's history. Parts that many people would rather not associate with what is supposed to be a national virtue.

In the 1920s, when Germans found their savings decimated by hyperinflation, the Nazis pointed their fingers at Jewish moneylenders, blaming them — groundlessly, of course — for the country's post-war financial crisis. 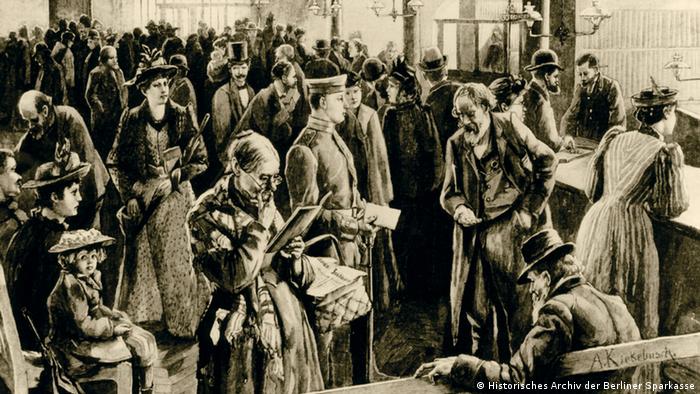 A Berlin branch of Sparkasse, based on an 1894 drawing by Albert Kiekebusch

In schools and workplaces, saving began to be promoted as an act of patriotism. Lending — or investing — became a vice. This form of twisted Nazi ideology was one way in which anti-Semitism took hold across the country.

Saving in the Nazi era didn't pay off. In 1938, tens of thousands of Germans signed up for a savings scheme that promised to supply them with a Volkswagen as soon as it rolled off the assembly line in Wolfsburg.

It turned out to be a disastrous investment. When the war broke out, the men who were supposed to produce cars were sent to fight and those who remained in the factory produced military equipment instead. No one ever got their car.

While the exhibition has been well received — Muschalla has been fielding calls from as far away as Argentina and Canada — he says that here in Germany, many have been uncomfortable with the link he makes between the promotion of saving and the growth of anti-Semitism.

"There's a reluctance to step outside a narrow economic definition," he says. "Because to do so means taking a much closer look at yourself."

It's a fitting thought to leave me with as I continue on my quest to understand the German economy.

After all, what we do with our money reflects what we do to each other.

This, in turn, gets to the very core of who we are — a messy mixture of virtue and vice.

Why Germans are good at saving

Germany: Man finds €8 million fake bills in trash, turns it in to police

A bakery worker in Frankfurt uncovered a massive amount of perfectly packaged €500 bills in a trash can. Without knowing the bills were fake, he turned the counterfeit cash over to police and is being hailed as a hero. (15.03.2018)