Who owns the forest in Honduras?

The species-diverse forest in Honduras is so seriously at risk from deforestation and mismanagement that UNESCO has put it on the “red list” of world heritage sites in danger. 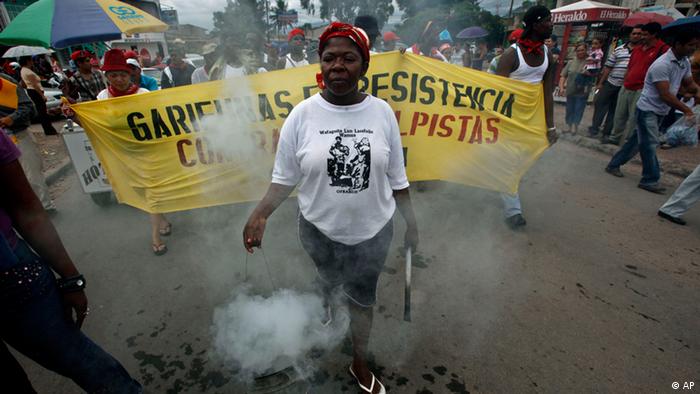 Who does the forest belong to? The Garifuna people on the northern coast of Honduras are constantly asking that question.

According to the Honduran Institute of Forestry (ICF), 59 percent of the republic - 6.59 million hectares - is forest land. Of that, 47 percent belongs to the state, 14 percent to the communities and 39 percent to private landowners. Local people regard the forest as their habitat and do what they can to protect it, but nonetheless, it is shrinking by the day. 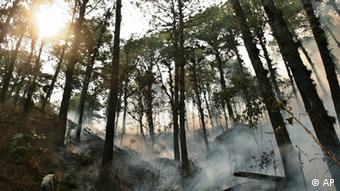 Deforestation: In Honduras, the forest is shrinking

That is in part because the forest is being privatized for emissions trade within the framework of REDD – a UN climate protection program aimed reducing greenhouse gases produced by deforestation and forest degradation.

But it is also due to the Honduran government granting licenses to build hydropower stations or mining facilities, where companies can extract silver, zinc and lead - all of which exist in significant quantity in the central American country.

The planting of oil palms for the production of biomass fuel has added to the problem. Large estate owners and investors are ploughing money into the production, and business is booming. More than 50 million tons are produced annually, and that figure is set to rise.

Such vast quantities require a lot of land, and community property is often illegally occupied by large estate owners for that very purpose. One such case occurred in the northern Honduran district of Colón, in the village of Vallecito, where six Garifuna commnities have owned 1600 hectares of land since 1997.

Despite a 1999 high court ruling in favor of the Garifuna people, they have not been able to set foot on their own land since 2005. Heavily armed security guards even still prevent the public prosecutor and the state agricultural institute, INA, from gaining entry to the area. 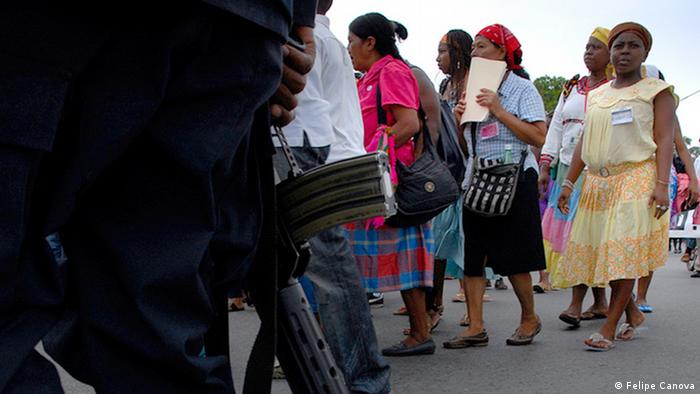 Miriam Miranda campaigns for the rights of the Garifuna people in Honduras. She runs the Organización Fraternal Negra Hondureña (OFRANEH), and describes what is happening with local land as misappropriation from the afro-Caribbean population in the north of the country.

“The deforestation of Honduras has not been caused by indigenous people,” she said, adding that they have a great respect for their natural habitat. “They only take from the forest what food, medicinal plants and building materials they need to live from,” she said.

The human rights activist says the abuse of the Garifuna’s rights is the biggest problem when it comes to co-operating with international projects such as REDD. In accordance with the internationally valid ILO convention 169, to which Honduras is a signatory, indigenous groups are guaranteed legal protection, land and basic rights.

But Miranda says the Garifuna people have restricted access to information about decisions being made. The same goes for the Miskito indigenous communities on the Atlantic coast along the border between Nicaragua and Honduras.

But there are projects which inspire hope. In 2005, the Deutsche Gesellschaft für Internationale Zusammenarbeit (GIZ), which offers effective services for sustainable development, launched its PRORENA project in Honduras.

The aim of the project is to work with local stakeholders and to improve the use of natural resources. The system is as effective as it is simple. A long-term license agreement with the forestry authorities permits local communities to fell trees from state forests in their area. With sustainability the top priority, when a Honduran farmer chops down a tree, he has to pay a fee to the community council. What’s more, he is obliged to plant new trees or construct firebreaks.

Dr Gerhard Jansen co-ordinates the program, which he describes as a “genuine win-win situation.” On one hand the state receives income from its own forest, and on the other, it secures the forest stock. And so that things stay that way, PRORENA is training people to be forest protectors, thereby securing a new source of income for local people. 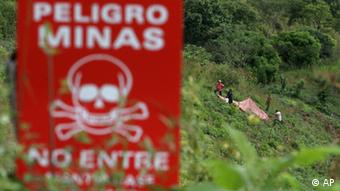 In Nicaragua, the Garifuna are being denied access to their own land

“A study shows that through wood use alone, each family generates an additional annual income of about 2.600 euros,” Jansen said, adding that the figure is roughly the same as the average per capita income in Honduras.

The Balaire project – all about the woman

The Garífuna Emergency Committee of Honduras (CEGAH) is also looking towards sustainability. When Hurricane Mitch tore along the northern coast of Honduras in 1998, leaving a trail of destruction in its wake, it was women who set up the CEGAH to aid recovery efforts.

What began as a response to an emergency has over the years developed ways to better deal with future environmental catastrophes. Mitch destroyed about 70 percent of the harvest.

She believes traditional cultivation methods would help prevent against natural disasters and equip people to deal with climate change. She cited the Balaire palm, a kind of miracle tree, as the most recent positive example.

It can be used in many different ways – to make baskets or the traditional Garifuna tool, “La culebra”, which the locals use to peel the roots of the nutritious yucca palms that go into their traditional cassava bread. And last but not least, the Balaire is a vine, which wraps itself around other trees, thereby providing extra support when the next hurricane strikes.

In many parts of the world, climate change has hit indigenous communities especially hard. Often, their intimate knowledge of the surrounding nature makes them a crucial partner in the battle against climate change. (07.08.2012)

The tropical forest in northern Guatemala is one of the world's most diverse eco-systems. It's also one of the most endangered. Now efforts are on to stop the widespread illegal tree-felling in the region. (08.11.2011)