The debate over climate change is often dominated by carbon credits and emissions targets. But experts say it's time to put people at the center and, in particular, focus on one group that is most at risk - women. 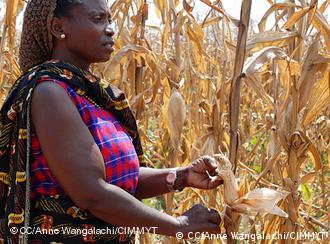 In 2007, cyclone Sidr battered the western coast of Bangladesh, killing more than 3,000 people – the majority of them women. It was no coincidence, according to Sharmind Neelormi, who's researched climate change vulnerability and impacts in her country.

Not only were women in remote areas, often shut out from public life, the last to hear of the storm warning. Neelormi says many also shunned existing cyclone shelters many of which typically had just one flooded toilet on the ground floor. While the sight of men relieving themselves in the open is not unusual in Bangladesh, cultural mores make it impossible for women to do the same.

"It was a basic engineering fault which could have saved the lives of thousands of women," Neelormi said.

The 41-year-old has since lobbied the government to redesign cyclone shelters. But the example underlines what some campaigners call the lack of a "female factor" in the climate change debate. Climate negotiations and adaptation strategies, they say, have responded poorly to the needs of women despite being most at risk.

A 2009 study by the United Nations Population Fund (UNFPA) found that women in developing nations bear the disproportionate burden of climate change since they do most of the agricultural work and are therefore affected by weather patterns impacting on food, energy and water. 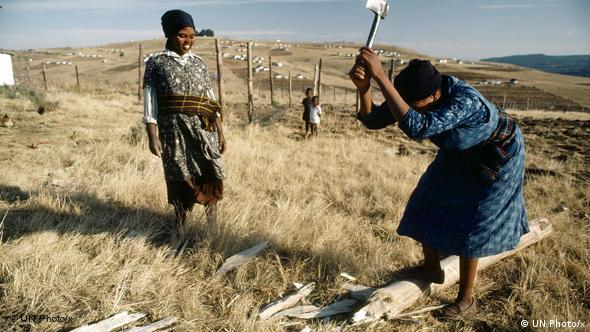 Describing "a cycle of deprivation," the report said that women in developing nations had less access to income-earning opportunities. They also managed households and cared for families, which limited their mobility and increased "their vulnerability to sudden weather-related natural disasters," it said.

Samantha Hung, gender expert from the Manila-based Asian Development Bank, said there were linkages between poverty and climate change that put women more at risk than men.

"Women are generally more vulnerable than men to poverty. In the Asia Pacific region where over 600 million poor live on less than 1.25 dollars a day, the majority of them are women," Hung said. "These women are more dependent on the natural resources available to maintain their livelihoods."

She added that statistics show that women are much more likely even to die when there's a flood or tsunami.

But campaigners point out that it would be wrong to portray women simply as victims of climate change.

"Not only do we need to recognize that women are often particularly vulnerable to climate change but also that they're important agents of change in the whole process of adaptation," Angie Dazé, from Canada-based CARE said. She pointed out that women are often innovative in the way they manage household and natural resources.

"We need to empower women to use their knowledge and skills," she said.

Daze's organization, which focuses on community-based adaptation projects with a gender focus, is currently active in northern Ghana. The group works to ensure that women's voices are heard in local planning processes. 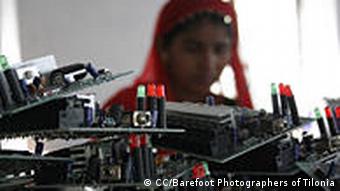 Similar initiatives include the Barefoot College in India which trains women from agricultural communities in the north to become solar technicians and earn their own income. In Malawi, an Irish company is helping train rural women make and sell energy-efficient cook stoves. It reduces both the harmful smoke the women are exposed to when they cook with firewood as well as helps fight deforestation.

Women shut out from decision-making

Despite these scattered efforts, placing women at the core of policies to tackle climate change still hasn't entered the mainstream.

"Women are underrepresented in climate change decision-making and planning at all levels," Alber said. "Most people are in fact gender blind when it comes to climate."

That blindness, some say, has resulted in an excessive focus on the economic aspects of climate change and big-scale technology.

"Science-driven, top-down approaches to adaptation may help in reducing vulnerability to climate change to an extent," Dazé said. "But without the social dimension, the gender perspective and needs of women are completely left out."

While campaigners call for greater awareness and sensitization among policy-workers and donors, some progress has been made in recent years.

Ever since the Copenhagen climate summit in 2010, groups focusing on the gender perspective in climate change meet regularly on the sidelines of UN climate talks and lobby governments. 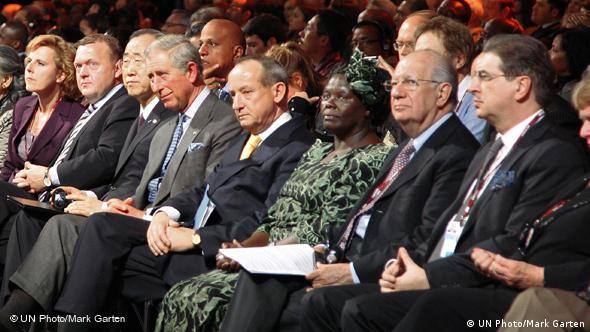 A men’s club – women are underrepresented at international climate talks

"But I don't think it's trickled down to governments incorporating these things on a national and local level," Alber said.

One exception however is Bangladesh. Hard hit by the effects of climate change, the country has drawn lessons from its frequent floods and cyclones.

Sharmind Neelormi said the government's 2009 national climate change strategy and action plan clearly states every adaptation activity – whether private or state-funded – must include a gender-sensitivity analysis.

"That is definitely a big step forward," Neelormi said.

Climate change has long been the domain of natural scientists. Increasingly, however, it's being addressed by sociologists keen to find out how environmental awareness has caused a shift in public thinking and behavior. (01.02.2011)