Who is Frauke Petry, the AfD′s controversial co-chair? | Germany| News and in-depth reporting from Berlin and beyond | DW | 25.09.2017

Who is Frauke Petry, the AfD's controversial co-chair?

Frauke Petry was key in pushing the Alternative for Germany (AfD) in a far-right direction and won a direct mandate in the German election. But her future with the party remains unclear after a series of public spats. 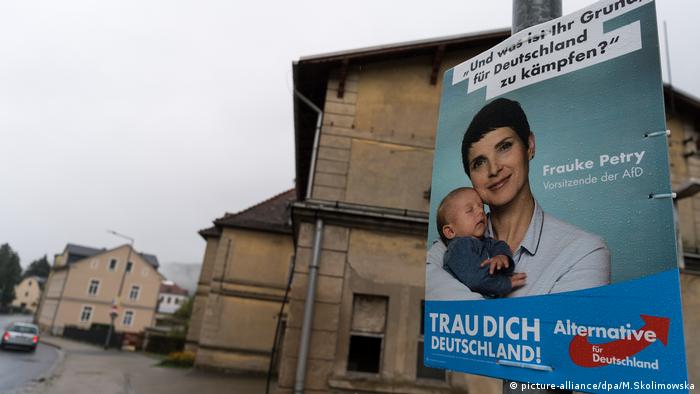 Frauke Petry became the center of the story just a matter of hours after the AfD's historic success in the German election. The party's co-chair had won her seat in her Saxony constituency as the party became the third-largest in the German parliament, the Bundestag.

At the party press conference the following morning in Berlin, Petry made a shock announcement and stormed out.

Her colleagues were stunned.

It was the latest drastic turn in Petry's tumultuous time in the AfD, which under her leadership became the leading far-right voice in Germany's political landscape.

Born in Dresden, East Germany in 1975, Petry grew up in Brandenburg and, after the fall of the Berlin wall, in the town of Bergkamen in western Germany. She was a star student in high school and followed in her mother's footsteps to study chemistry at the University of Reading in England in the late 1990s.

"Chemistry took place at home on our coffee table," Petry later said in an interview with the German weekly newspaper, Die Zeit.

From there, she went on to earn a PhD from Göttingen University where she met and then married Sven Petry, a protestant pastor with whom she has four children. After completing post-doctorate work, Petry founded a company to produce environmentally-friendly polyurethane that she and her mother had invented. 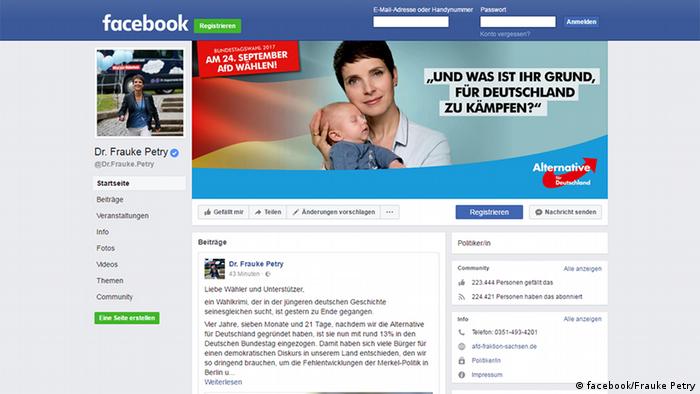 Petry announced she would serve as an independent, rather than AfD MP on her Facebook page

A politician is born

Petry reportedly considered joining Chancellor Angela Merkel's Christian Democrats (CDU) at one time, but decided not to when she was told that conservatives spent more time talking tactics than discussing content.

She found her political home with the establishment of the AfD in 2013. Petry quickly rose to become one of the AfD's three spokespeople and led the party's victorious entry into the Saxony state parliament in 2014.

The arrival of millions of refugees to Germany in 2015 was, however, the turning point for Petry. She pounced on growing backlash to Merkel's decision to allow 1 million refugees to enter Germany and pushed opposition to immigration to the center of the AfD platform.

Petry thereby cemented her reputation as the public face of the party's more nationalist contingent, and in July 2015, she ousted AfD founder Bernd Lucke.

At the top of the party, she often cut a confident figure, skillfully presenting issues in such a way that both conservatives and far-right extremists were drawn to her mixture of populism and intellectualism.

Yet Petry regularly stirred controversy for her statements about migrants and refugees. In January 2016, she said German border police should, if necessary, use firearms to reassert "control" along Germany's border with Austria. 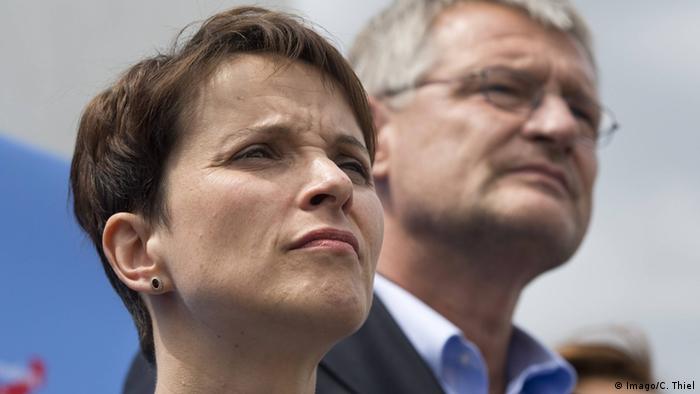 The AfD took a right-wing populist turn under Petry's stewardship

Despite her assertive leadership, Petry found it difficult to control feuding within the AfD between the pragmatic and hard-core ideological wings of the party.

At the beginning of 2017, she experienced a fierce backlash after she refused to support two disgraced party members over comments they made concerning the Holocaust at an event in January.

She then suffered public humiliation at a party conference in the spring, when she conceded that she would not stand as the AfD's top candidate in the German national election. Nationalist lawmaker Alexander Gauland and economist Alice Weidel won the AfD's endorsement to lead the party into September's poll instead.

By August, Petry's backing within the party had shrunk so far that when a parliamentary committee in Saxony recommended lifting her immunity from prosecution, the AfD members of the body did not protest. State prosecutors suspect Petry of lying under oath in November 2015, when she and fellow AfD member Carsten Hütter allegedly gave conflicting testimony on the party's candidate list and campaign financing ahead of Saxony's 2014 state election.

Petry has since criticized senior members of the AfD leadership for pushing away moderate voters. In the run-up to the national election on Sunday, Petry publically denounced Gauland for saying that Germany should be proud of its soldiers in the World Wars. She again criticized Gauland after the election when he said that the AfD would "hound" the new government from within the Bundestag.

The relationship breakdown then culminated in her walking out of the post-election party press conference.

"We should be open about the fact there there is conflict regarding content within the AfD, we should not pretend it doesn't exist," Petry later told reporters. She added that the party had become "anarchical" in the weeks leading up to the election and "cannot offer the voter a credible platform for government."

Despite winning her seat, Petry will not join the AfD's parliamentary party in the new legislative period. Instead, she will sit in parliament as an independent lawmaker.

On the Tuesday after the election, German media reported that Petry would be leaving the party.