Whether it′s nude photos in the cloud or mobile payments securing data is up to you | Science | In-depth reporting on science and technology | DW | 04.09.2014

The 4chan leak of nude celebrity photos, allegedly stolen via Apple's iCloud, shows your data are never fully secure. But with an iPhone payment feature expected to launch, it's time see what you can do. 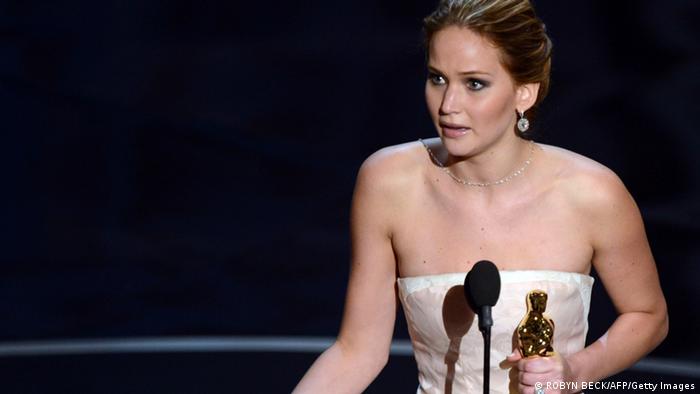 Actress Jennifer Lawrence was among celebrities whose photos were leaked

Techheads and gadget fiends the world over are eagerly awaiting next Tuesday - the day US technology firm Apple is expected to unveil a payment feature with its new iPhone 6.

The company says you will be able to use your mobile phone just like a credit card.

Rumor suggests - and when it comes to Apple, rumors are an acknowledged fine art - Apple has made agreements with leading credit card financial services.

Using near field communication for contactless data transactions, smart phones could soon replace the plastic in your wallet.

But the question is: how secure is that?

Will it become another piece of technology that we rely on, but which is easily hacked?

Cyber security researcher Dr. Sandro Gaycken of the Freie Universität Berlin tells DW, it will be a problem if we all start paying by phone. 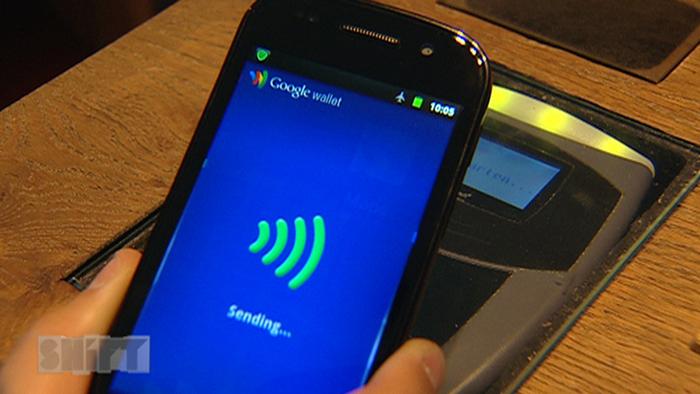 That's in addition to the security holes that are already common in existing, mainstream technology.

You may think you would never be so stupid as to click on a link sent to you in a "phishing" email - an email that looks like it's from your bank, for instance, asking you to update your details.

And yet plenty of people do - and they get hacked.

But criminal hackers don't always require such active support from their victims.

This past Monday a gang of hackers released nude photos of celebrities, which they had allegedly spent years harvesting from iCloud accounts, and trading elsewhere online.

It appears the hackers were able to gain access to individual accounts simply by figuring out the passwords and answers to security questions.

Apple says their systems have not been compromised - they say this was a targeted attack on certain celebrity accounts.

As IT expert and cyber security researcher Jonathan Zdziarski writes in his blog, the hackers used a commercial forensics software to "scrape each victim's iCloud backup and other data from their accounts."

To be able to do this, the hackers took advantage of a weakness in Apple's system, Zdziarski says: a hacking software was able to try out unlimited numbers of passwords without the accounts freezing automatically, after three incorrect attempts - as is the case on other platforms.

But "this isn't the only security problem in a cloud," says Gaycken.

The cloud is a way of storing your photos, documents and other data on remote servers. 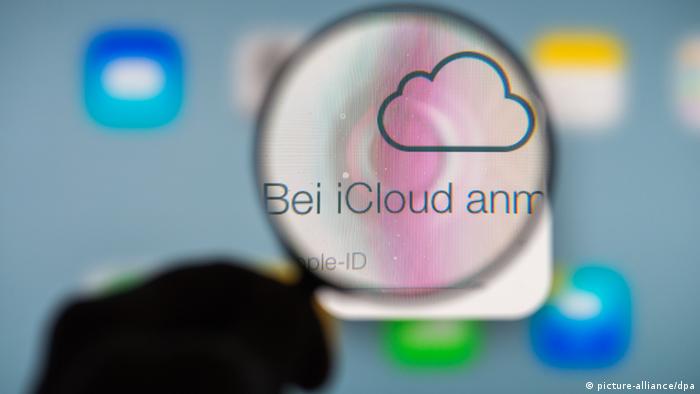 How secure is it to store data in a cloud service, such as Apple's iCloud?

It "is often more secure than other storage," says Rich Mogull, CEO of security research and advisory firm Securosis, in comments to the press agency AP, adding that companies invest a lot to ensure that your private information stays private.

Cloud-based storage means transferring your data to a remote location - it is not on your computer - and you effectively give control over your data to the company running the service.

"They call it a service, but in fact they only want to get their hands on the users' data," says Gaycken.

Gaycken warns you should never store sensitive data in a cloud. "Better keep your nude photos at home on your [own] hard drive."

But why would anyone store nude pictures in a cloud?

The answer is that many people - including some of the celebrities caught up in the leak - might not have known they were - or indeed are - doing just that.

If you take a picture with your iPhone, Apple backs it up to your iCloud account. That's unless you switch the function off.

Zdziarski says such "features are enabled by default, without any user notification that their data will be copied off the device to remote storage."

Which means at least some of the victims of the nude photos leak may have been unaware their content had been backed up in this way. 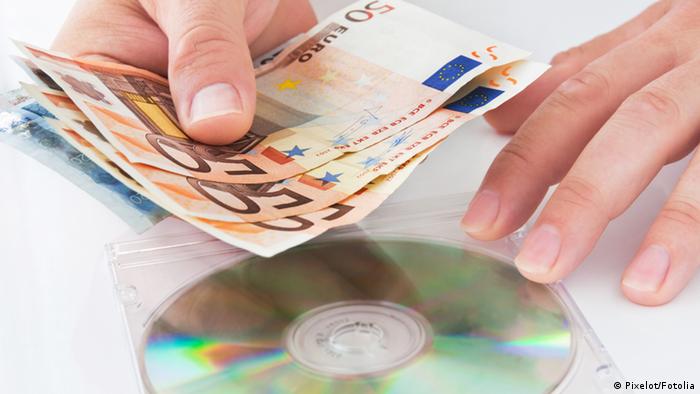 Gaycken: "Data are the new gold."

Our advice is check your phone's settings and choose what works best for you!

Many mobile apps work this way, says Gaycken. When you install a new app, you're asked to agree to a license. And it's here that you will often agree to share your data.

If you don't want to share your data, read the license agreement thoroughly. And if you're in any doubt, don't install the app.

Most major cloud services, including Apple's iCloud, Google Drive and Dropbox, offer this kind of protection.

Two-factor authentication adds a second level of authentication to an account log-in. It's a bit like using two padlocks on your bike, rather than just one. It's not impossible to crack, but an added level of security

So, instead of just typing in a username and password, you may additionally need a fob, a fingerprint, or a smartphone to which the service operator can send a SMS.

If someone hacks your password, they would still have trouble logging in - unless, of course, they steal your phone or your fob as well.

However, says Gaycken, even two-factor authentication can be breached if the target is worth the effort - like Apple's iCloud.

Most important: take good care of your passwords

And there is something that everybody can do: put a little more effort into the passwords you choose.

Gaycken advises it is best not to use names or birth dates as passwords or as part of passwords - "and no dog names either."

It is best not to use words out of a dictionary but instead mix up numbers, letters and additional characters to creatively make up artificial, non-existing words. 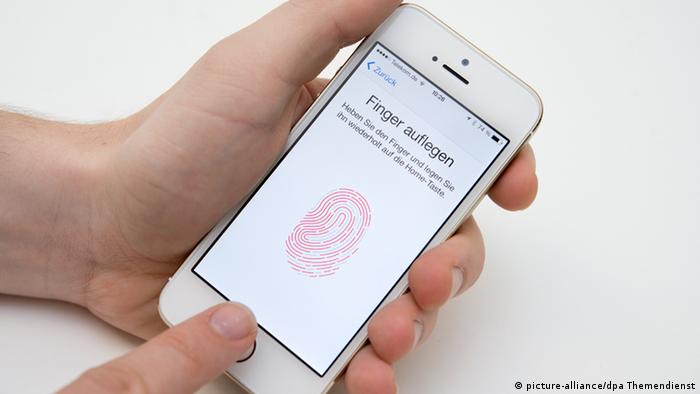 A fingerprint detector is one form of authentication, but it's less secure than you would think

And yes, it is a lot of work. But try to come up with a new password for every new account you create.

"Do not write your passwords down. And change them every few weeks," Gaycken adds.

But he admits it's a lot to ask. Even he doesn't follow all the rules.

In its digital agenda, the German government has detailed its goals for improved data protection. The dream of a fully secure Internet, however, is an illusion, says IT expert Sandro Gaycken. (20.08.2014)

It’s an entirely new type of computer security risk: Not viruses, but manipulated firmware could allow USB devices to spy on computer users undetected. The new attacks are difficult to stop, warn IT experts. (03.08.2014)

The iPhone and iPad manufacturer said its plan to check the photos of US users for evidence of child abuse had been widely "misunderstood". CEO Tim Cook is yet to publicly comment on the privacy row.

Ukraine: How to protect yourself against cyberattacks 04.03.2022

Cyberattacks are an emerging weapon of choice in the ongoing Russia-Ukraine war and could have spillover effects across the world. Though difficult to predict, they can be managed with proper preparation.