Where white nationalists and Zionists meet

White nationalists blame Jews for everything from the "problem" of racial integration to swings in world economic trends. Yet in the United States, they look to Israel as a model of the ethno-state they wish to emulate. 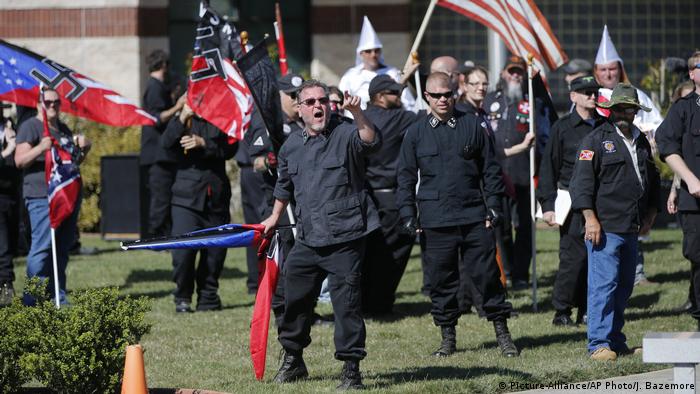 There was a time when nationalism was a movement of the political left. This may be hard to believe these days, with nationalist movements that are often described as "right-wing" shaking up the political scene in country after country. In the United States this takes the form of personalities like Steve Bannon, the avowed white nationalist who is a close adviser to President Donald Trump, and Richard Spencer, the openly racist president of the National Policy Institute, a white nationalist think tank.

According to the Southern Poverty Law Center (SPLC), a non-profit legal advocacy organization that focuses on civil rights, Spencer has described his mission as "sort of white Zionism": that is, the establishment of a "homeland" state for white people. Spencer calls it an Altneuland - an old, new country - the same term that Zionism's founding father Theodor Herzl used to describe the concept of the future state of Israel.

Spencer's views on Israel are not shared by all of the self-described "alt-right."

"This is not new, and also not across board. The 'alt-right' is not a monolith," said Marilyn Mayo, a research fellow at the Anti-Defamation League's Center on Extremism. "There are some white nationalists who support Israel, and they support it for very specific reasons: Because they see it as a nationalist state, and they compare it to a white ethno-state that they want in this country."

Read more: Israeli right-wingers in cabinet push for Jewish state status to be set in stone

Spencer's take on Israel conveniently skips the history of Jews being a dispossessed people. It also misses the fact that Israel is not populated only by Jews. Jonathan Sarna, a professor of American Jewish history at Brandeis University, asserted that any white nationalist's support of Israel was a smoke screen. "These folks are trying to promote an ideology of exclusion against blacks, against Hispanics, against 'the other,'" said Sarna. "And rather than quoting racist ideology, they think that it would be more advantageous of them to cite Israel."

The white nationalists who engage in this kind of dialogue tend to look at Israel as the product of a nationalist movement. "On the one hand, they're promoting this view of Israel, but remaining anti-Semitic," said Mayo. "They still think Jews control the media and the government."

Read more: White pride and prejudice: Why the alt-right has adopted Jane Austen

Mayo said there was limited-to-no reciprocity from the Jewish community toward these white nationalists and did not expect the groups to grow any closer. Case in point: Mort Klein, the president of the right-wing, pro-Israel Zionist Organization of America (ZOA), told DW that any white nationalist support of the Jewish state was "a lie."

"You cannot be anti-Semitic and support Israel. It's a Jewish state," said Klein. "I reject any of these groups who have strong anti-black, anti-Jewish, or otherwise racist ideologies. I reject their support."

When it was mentioned to Klein that these groups supported Israel because it adhered to their idea of an ethno-state, he retorted, "What's ethnocentric about it? Twenty-two percent of the population is Arab. This displays total ignorance about Israel."

An exception to the rule?

In the past, the ZOA has lauded white nationalist Steve Bannon as "the opposite of an anti-Semite," based on the consistently pro-Isarel slant of articles published by Breitbart News during his tenure at the far-right website. Likewise, Shmuley Boteach, a prominent US rabbi and pro-Israel advocate, also defended Bannon to DW, pointing to the founding of Breitbart in part to be an unabashedly pro-Israel platform. 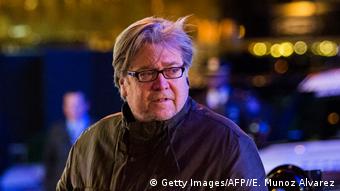 Bannon's support for Israel is clear, but his record on Jews is less so. Boteach said Jewish friends told him they were treated well at Breitbart.

"I have close friends who worked for him at Breitbart who said he could not have been more solicitous of their Orthodox Jewish needs, constantly asking them, 'When does Shabbat come in these winter months, what time do you need to leave?' And would always ask them, 'Are we being sensitive enough about Jewish holidays?'"

While many critics have stopped short of accusing Bannon outright of anti-Semitism, the SPLC reported that under Bannon's leadership, the number of anti-Semitic comments in Breitbart's articles increased dramatically.

But Boteach was evasive when asked how he felt in general about white nationalists supporting Israel. "We would rather that the supporters of Israel be the most moral people around, of course," he said, criticizing western governments like Sweden for gradually taking more anti-Israel stances in their Mideast policies. "People who believe in human rights, people who affirm Israel's democracy, that's who we wish were our allies."