When ′Pictures at an Exhibition′ start flying | Culture | Arts, music and lifestyle reporting from Germany | DW | 04.04.2019

When 'Pictures at an Exhibition' start flying 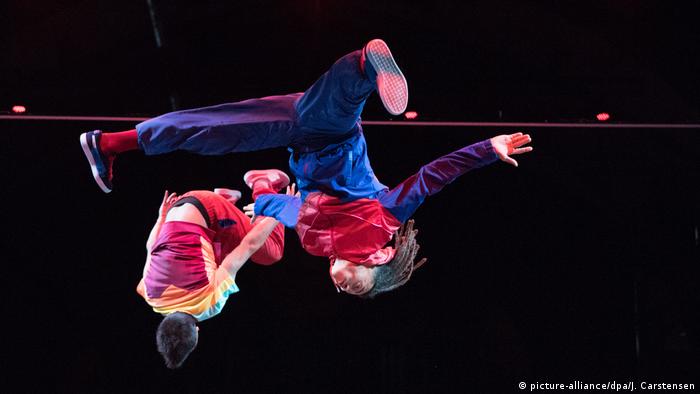 How would pictures sound if they were music? Russian composer Modest Mussorgsky had already attempted to answer this question in 1874 with his suite of 10 pieces, titled Pictures at an Exhibition. He was inspired by drawings and watercolors created by his friend Viktor Hartmann, an artist, architect and designer, while he was traveling in various countries.

Inspired by this work written 150 years ago, the composer brothers Vivan and Ketan Bhatti took Mussorgsky's score and rescripted it in a new composition.

With their music, the urban dance group Flying Steps then developed a show reflecting the Russian composer's initial question: What would these pictures look like if they were turned into dance acts?

Read more:Berlin 24/7: Breakdance as a symbol of freedom 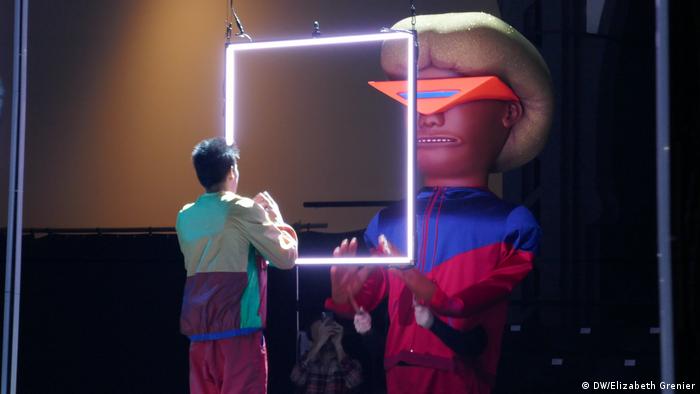 Dancing with an Os Gemeos figure

The result, titled Flying Pictures, premiered on Wednesday, in a location that's unusual for hip hop dancers but well used to pictures and exhibitions: Berlin's Hamburger Bahnhof, a contemporary art museum that served until 1884 as the Berlin-Hamburg Railway station building.

The idea of combining urban dance and classical music in a museum had already been done by Flying Steps back in 2010, as they premiered their production Flying Bach in Berlin's Neue Nationalgalerie, a museum designed by modernist architect Mies van der Rohe.

Taking unusual risks is what "makes museums vital and creative institutions," said Udo Kittelman, director of the Nationalgalerie, who's also responsible for the Hamburger Bahnhof. The risk paid off, as that show became the starting point of an international tour that turned the Berlin group into one of the most successful urban dance acts worldwide.

Bringing street art into the museum

In Flying Pictures, the dancers are not the only ones conveying Mussorgsky's music into a visual form. The duo of Brazilian street artists Os Gemeos — which means "the twins" and in this case, are brothers Otavio and Gustavo Pandolfo — were also invited to create figures and props for the production. Their artistic name actually reads almost like a label: OSGEMEOS. The brothers, who grew up in Sao Paulo's hip hop scene in the 1980s, pointed out that they easily identified with the project and the way it combined influences: "Our grandfather played classical music, our older brother was an artist; so we had the mixed inspirations of our family and the city's urban culture," they said ahead of the premiere.

Germany was actually one of the first countries that invited them to do an exhibition outside of Brazil. "We never expected to travel with our art, but this show in Munich in 1998 is what opened the door to Europe," they said.

For Flying Pictures, they developed the visual references provided by Hartmann's drawings — even though some of the original pictures have disappeared. They also integrated their own trademark style into the show.

For example, Os Gemeos are particularly well known for the "giants" they have painted on different murals throughout the world, including Berlin's "Yellow Man." Among the figures and props they have created for the Flying Pictures show is an inflatable version of a giant b-boy. "We felt it would be nice to bring one of our giants into the museum," the Brazilian artists said. 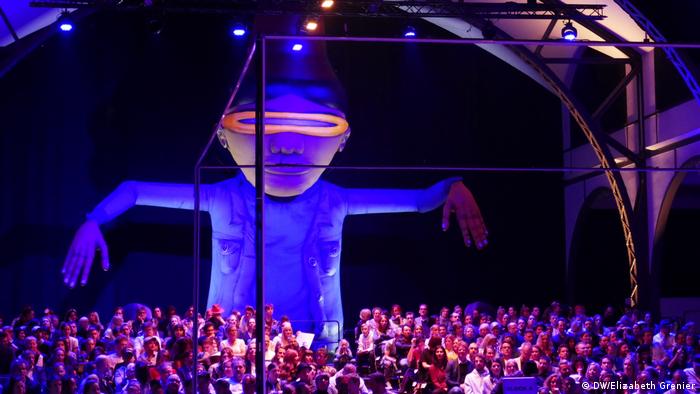 From the boombox to the classical orchestra

B-boying or b-girling is the term used within the scene, instead of the better known "breakdancing," which was dropped by insiders who felt it had become a mainstream media umbrella term used to describe different styles of hip hop dance, including popping and locking.

Early hip hop dancers in the Bronx in the 1970s typically had a boombox in the background. Berlin's Flying Steps are accompanied by a live music orchestra, the Berlin Music Ensemble.

To create the music, the Bhatti brothers did not simply add an electronic beat to Mussorgsky's composition. Vivan Bhatti described the creative process as "superscription," comparing it to the palimpsest, through which a manuscript page was scraped to be reused for another document. "The original shines through these new notes being played by a music orchestra," the composer explained.

For the beats, the composers were inspired by the techniques developed by 20th century avant-garde musicians, through which the Bhattis applied unusual ways of playing the tuba to serve as the bass drum, or a loop of a plucked violin string to create another layer of rhythm.

Also contributing impressive rhythms to the show is Daniel Mandolini, aka Mando-Beatbox. His beats are so colorful that they really do paint pictures. 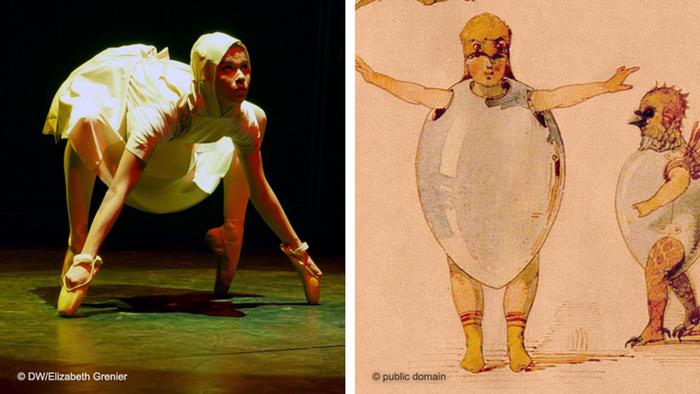 'Ballet of the Unhatched Chicks': the Flying Steps dancer reproduces Hartmann's sketches from 1871

The Flying Steps dancers perfectly embody the name of the troupe, as they appear to defy gravity when they spin and flip through the air. Like the creators of the production, the eight dancers of the show have international roots, with members born in Siberia, Brasil, Macedonia or Ethiopia.

The composers' "avant-garde" inspiration shouldn't give the wrong impression. This is a crowd-pleasing production designed to draw an audience of all ages. Since music, dance and street art have no language barriers, the Flying Steps' latest show directed by Vartan Bassil is also destined to open more international doors.

And along the way, Flying Pictures will certainly contribute to introducing the older generation to urban art, and the young one to the works of Russian composer Mussorgsky. Who wouldn't agree with that picture?

Street art is the ultimate form of democracy according to the curators of the new Museum for Urban Contemporary Art that has just opened in Berlin. But does street art belong in exhibition halls? (18.09.2017)

What makes Berlin's art scene so special? The first Urban Art Week is an invitation to discover more about the city's street artists and its unique graffiti tradition — and to try out a few techniques as well. (05.09.2018)

Berlin gets a street art museum