Facebook's announcement that it would launch a dating app was a big surprise. Yet despite recent privacy issues, the company's millions of single users, special algorithms and deep pockets may still make it a success. 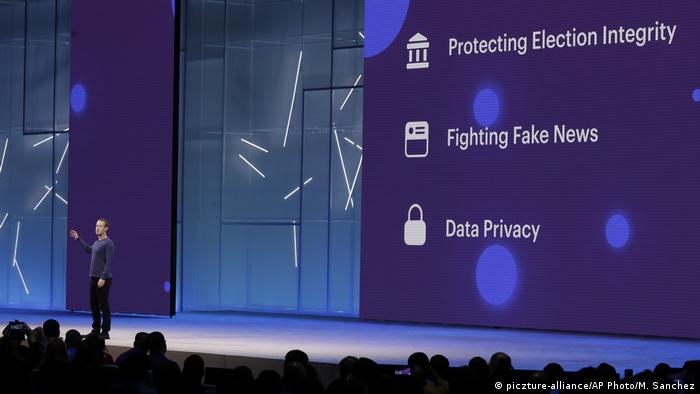 Mark Zuckerberg's revelation on Tuesday that Facebook would soon start testing a new app-only dating service was a major blow to dating site competitors and a surprise to users. Details were few, but here is what we know so far.

In a nod to the less-is-more school, the app will simply be called "Dating." It will be integrated into the Facebook app, but at the same time remain separate. A new, distinct profile will be necessary and — importantly — the two profiles will supposedly not interact and no one will be able to see the "other" dating profile of friends or family.

How and if the company plans to suggest possible connections is not yet known. One sure way to connect will be through shared groups or by seeing who else is attending a local event. At first, messages will be text-based without the option of sending photos, videos or links.

The app even has a feature for the morality police since only "real" singles will be allowed to use it. Anyone whose profile is tagged "in a relationship" or "married" will be barred.

Facebook which already owns WhatsApp and Instagram has been slow to enter the dating game. The hole was glaring though, since stigma about finding love online is a thing of the past and according to Zuckerberg, there are 200 million single Facebook users.

He also gave assurances that the app was designed "with privacy and safety in mind from the beginning."

But that will be little comfort after the recent revelation that the personal data from 87 million users was harvested by a private firm. Will people still really want to give the tech giant their most intimate information and thoughts?

Past hacker attacks like the one on Ashley Madison in 2015 led to the release of sensitive member data — which unlike Dating is marketed toward people who are already married or in relationships.

More recently other dating sites have also been in the spotlight. In March, Craigslist completely closed down its personals section because of new US sex trafficking legislation. And only a month ago it came to light that gay dating app Grindr had shared the HIV status of users with third parties.

But Facebook has the most convincing answer to this and more. Besides being a known brand with a huge networking effect, Dating is priced just right. It's free, unlike many other dating websites or apps which charge a monthly fee or for premium upgrades.

Taking back the wheel

Competitors may soon find that it is hard to compete with free — regardless of quality. All the same there has been a lot of talk that Facebook is once again copying a market leader, in this case Tinder. Nevertheless, some commentators have said that Facebook is just taking back what it already owns, because a lot of popular dating apps now run on Facebook's data.

Many apps make it easy for users to transfer their details and photos directly from Facebook. Wired pointed out that Tinder shows the mutual friends of potential matches and that until recently Bumble didn't even accept users without a Facebook account.

So despite the strange timing, in the end Dating may not be as revolutionary as it seems. Facebook may just be trying to take back some control of an industry which it already influences to a great extent. And just imagine the power of ads for flowers, romantic dinners, weekend getaways and divorce lawyers.