Are social media thought-police finally a reality? A clip of two official-looking men badged as 'fbi' who stop people from viewing nude art in a Belgian gallery has gone viral. But is it censorship, or a publicity stunt? 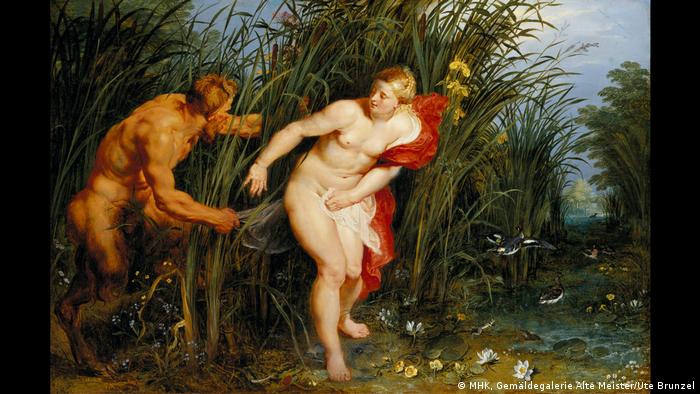 A viral video shows two men in uniform escorting people away from famous Baroque-era paintings at a museum. In other scenes they block the view of museumgoers, saying this was "their policy."

"It's for your own protection: we need to protect you against nudity, even if artistic in nature," the men in uniform announce.

The clip quickly turns out to be a clever marketing campaign by the Belgian region of Flanders that plays on the recent furor over Facebook censorship. As such, visitors to the Rubens House museum in Antwerp who admit to owning a social media account are removed or blocked from viewing 17th century masterworks by painter Peter Paul Rubens.

Those who say they don't do social media, however, are left alone by the guards. The entire scene is comical, as much as it is disorienting for uninformed viewers about where it might be going.

As you watch the clip you'll likely soon realize that the campaign references Facebook's restrictive policy on nudity, which in the past has extended to being applied certain works of art.

Indeed, Belgium's VisitFlanders tourism campaign was a victim of this policy when it previously bought ads on Facebook in which it used a picture of Rubens' famous painting, "The Descent from the Cross." 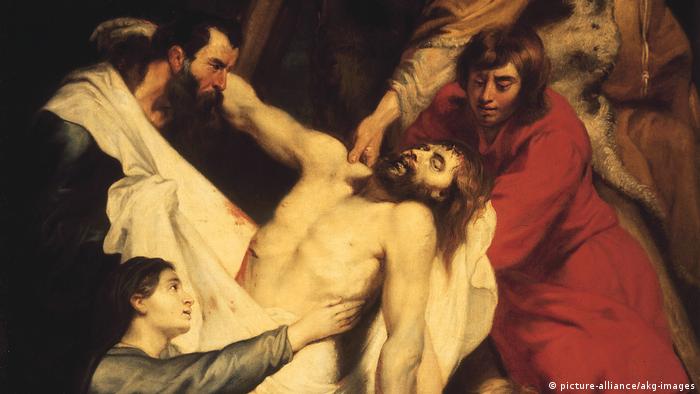 The masterpiece shows Jesus Christ being taken off the cross after his crucifixion, wearing nothing but a loin-cloth. Facebook argued that the image would break its community standards for ads and removed the ads. The viral video is VisitFlanders' way to get Facebook's attention and to make fun of the US-based social media company's following standards:

"We restrict the display of nudity or sexual activity because some people in our community may be sensitive to this type of content. Additionally, we default to removing sexual imagery to prevent the sharing of non-consensual or underage content," Facebook explains.

However, in recent months, the social media giant's guidelines on nudity seem to have softened:

"Our Nudity Policies have become more nuanced over time. We understand that nudity can be shared for a variety of reasons, including as a form of protest, to raise awareness about a cause or for educational or medical reasons. … We also allow photographs of paintings, sculptures and other art that depicts nude figures."

Watch out for the 'fbi'

While Facebook may finally have adapted its standards according to its users' needs, the clever clip still hits a nail when it comes to the divisive issue of nudity on social media. Facebook users have long complained about double standards such as showing men's nipples but banning women's nipples from being seen. 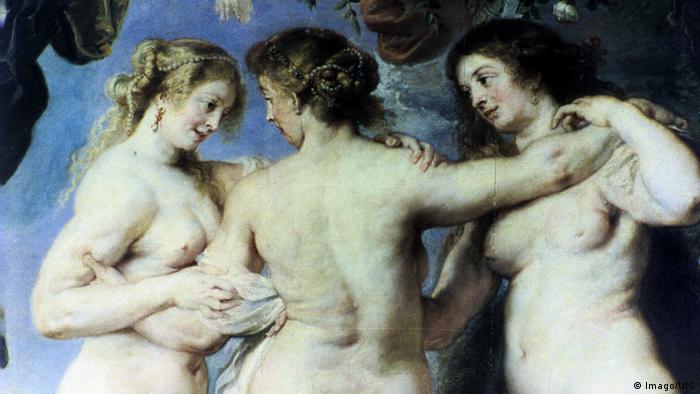 Booby trap: Facebook does not appreciate the portrayal of mammary glands

Some have even accused the social media platform of acting like thought-police by limiting what its users can and cannot see.

The video picks up on those complaints: With the uniforms of the two "officers" satirically claiming to be 'fbi,' museumgoers look bewildered when they are moved away from Ruben's masterworks. However, it becomes clear that this acronym actually means "facebook inspector" in this context — and not Federal Bureau of Investigation.

'Rubens would be proud'

Peter De Wilde, CEO of Flanders Tourism, said that Rubens would probably be proud about the success of the viral video: "As an artist, he was a rebel who would never avoid any public discussions. There really is no better way to celebrate our Flemish masters than to fight this unnecessary exercise in censorship."

Peter Paul Rubens is considered to be an artistic genius of the 17th century, with his unmistakable portraits often featuring depictions of voluptuous nude women (see "The Three Graces" above) that were typical of the Baroque age.

It would seem that censors during Rubens' life and times were more lenient with such portrayals than those working for Facebook today.

The Life and Times of Peter Paul Rubens

An exhibition in Frankfurt's Städel museum explores the work of the Flemish painter, as well the precursors and contemporaries who influenced him. Rubens dominated the 17th-century art world like perhaps no other artist. (08.02.2018)

A 17th-century painting by Flemish master Peter Paul Rubens has been recovered in Greece after two people reportedly tried to sell the artwork to an undercover police officer. (02.09.2011)

Mark Zuckerberg has backtracked on comments he made about allowing Holocaust deniers to post their beliefs on his social media platform. German Foreign Minister Heiko Maas condemned Zuckerberg's comments. (19.07.2018)