What philosopher Hannah Arendt would say about Donald Trump

Donald Trump is not a totalitarian, but his creation of a social movement is very dangerous - and the left is enabling it, explains Roger Berkowitz, a scholar on renowned Jewish-German philosopher Hannah Arendt. 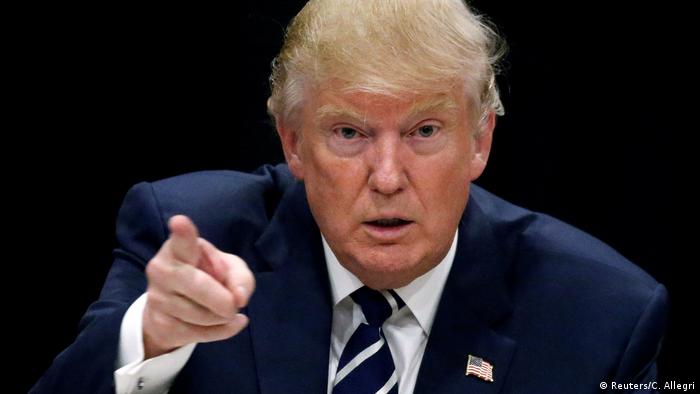 Throughout the US presidential election campaign, people were turning to the theories of Jewish-German philosopher Hannah Arendt (1906-1975) to better understand what was going on.

A refugee from Nazi Germany, Arendt is perhaps best known for "The Banality of Evil," an essay published in "The New Yorker" about the trial of Adolf Eichmann in Jerusalem. She dedicated her life to helping others understand how the Holocaust could occur and wrote several books that explore the human causes of such tragedies.

In "The Origins of Totalitarianism," Arendt looks at the complicity of everyday people in such atrocities, a lesson that is worth exploring given the current political climate in the US, according to Roger Berkowitz, professor and head of the Hannah Arendt Center for Politics and Humanity at Bard College in New York.

DW: Mr. Berkowitz, how can Hannah Arendt help us to understand the state of US politics today?

Roger Berkowitz: First of all, Arendt helps us understand what Trump is not: He's not a totalitarian. There are a number of ideas in Hannah Arendt's work that I think are very helpful in understanding what Trump is. While Trump is not a totalitarian in her understanding, he incorporates what she calls "elements" of totalitarianism. She thinks that one of the core elements of totalitarianism is that it's based in a movement. A movement doesn't actually pursue achievable policies because if you achieve the policy, the "Bewegungsgrund," - the driver, orthe reason for the movement - is lost and the movement will lose its energy. 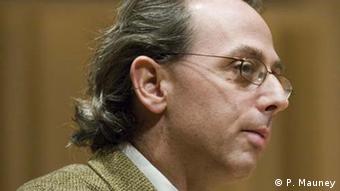 Trump has explicitly called himself the mouthpiece of a movement. That's a very dangerous position for a politician. Because it actually means that what he cares about more is the mobilization of people rather than the achievement of some particular aim. Whether he understands and cares about that, I don't know.

Who knows what policies he wants to enact or achieve; he changes his mind every day. He's much more interested in exciting and mobilizing a base of people. He feeds on that and that's dangerous because you constantly have to continue to push the boundaries. Anytime something is achieved, you have to find something else that is transgressive and shocking, that will keep the people excited and mobilized. Hannah Arendt understands that deeply and she argues that movements are particularly attractive in the modern era. They are important in our society because what movements do is give people a sense of purpose in their lives.

DW: How does this fit in with Arendt's theories?

One of the things that Hannah Arendt writes a lot about in the "The Origins of Totalitarianism" is that the true origin of totalitarianism in the modern age is the homelessness, loneliness and rootlessness that people feel today. Her generation was the first generation in world history, she says, that had to live without the belief in tradition, religion, family, the past and customs as ways of organizing and giving meaning to our lives. Because of that, life is painful, life is hard and we often seek ideas that make suffering meaningful; we ask, why are we going through this, why are we living?Nietzsche has a very famous line that says you can endure all pain as long as you think there's a reason for it. What Hannah Arendt says is that it's this pain in life and the loss of the meaning of life through religion and tradition and family and our belonging in a coherent community that drives us to embrace movements. In doing so we find meaning and purpose in life.

We are so in need of that, she says, that when we embrace a movement we will see our identity wrapped up in it. If the movement says - and she'll use this example, "all Jews are the cause of evil in the world," and if there's a Jew and he's not causing evil in the world, the easiest way to keep your movement going is to kill the Jew. Then you don't have that evidence that Jews don't cause evil in the world. 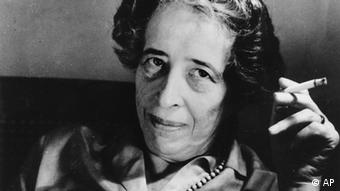 Hannah Arendt contemplated the Nazis' rise to power in her writings

She says that we actually prefer a lying world of consistency that upholds our sense of purpose and meaning in our movement and our identity, than the messiness of reality, which actually makes us feel unmoored from any meaning and purpose in life. This leads to one of the real ways to understand Trump: He provides people with a lying world of consistency.It's ironic because Trump's coherent fantasy is actually built on inconsistency. He lies and changes his opinion on a regular basis, but the world that he seems to be implying and the one that he's providing people with is one that includes his reliability as the one person who can make sense of an unstable world and guide us through it. And people would rather believe that we have someone who can get us through these difficult times than deal with the messiness of Trump's lies, his changes and his fickleness, and his problems with reality.

I do see him largely as a populist strongman of sorts who claims, "I am the only one who can solve these problems." These are dangerous signs and dangerous characteristics. They're not yet in any meaningful way fascist or totalitarian, but they could easily turn into that if we're not vigilant.

When you talk about vigilance, does Arendt have advice as to how to respond to these dangerous signs?

There is a real danger that we face in Trump's utter disregard for reality and his utter disregard for the meaning of words in the sense that he can say one thing today and then say another thing tomorrow and deny that he said what he said yesterday. That risks creating such a cynical attitude towards public discourse and a shared public world that after Trump, there's a possibility of someone much worse than Trump emerging.The real challenge from an Arendtian point of view over the next four years is to insist on the meaning of public discourse and on the importance of public institutions and not allow cynicism to take over. One of the mistakes I think the left is making is that they are calling Trump things that he's not, which is that he's a racist or anti-Semite. He's not, or at least not in an explicit and traditional sense.

By focusing on his racism, the left is engaging in this falsification of reality in the name of a movement in the name of politics as well, and the cynicism of our political world just increases. The Trump people and the right can say, "The left lies; the left is making up reality." And the truth is, they're right.

The fact that the left and the right now are complicit in a complete ideological partisan, unreal fantasy game of politics is what is truly dangerous for any hope of a meaningful, common public discourse that could resurrect a democracy.

The Hannah Arendt Center for Politics and Humanities at Bard College in New York aims to elevate public discourse in a bold and provocative way, in the spirit of its name giver. It holds a regular, online virtual reading group that is open to the public. On January 20, the day Donald Trump is inaugurated, the group will being reading Arendt's "The Origin's of Totalitarianism."

This interview was originally published on December 15, 2016.

After the US election, political scientist Hajo Funke tells DW what's special about the country's political culture and what's needed to restrain the "Trump phenomenon" in France and Germany. (11.11.2016)

Donald Trump is the American answer to the global anti-establishment trend, says US comedian John Doyle, who's lived in Germany for 25 years. But the performer is still searching for the joke in the election result. (09.11.2016)

Whether you like it or not, Donald Trump has proven his popularity across the US. But how do people feel about the president-elect in his ancestral home village in Germany? (10.11.2016)