Libraries now need to offer more than books to stay relevant. Inspired by Scandinavian models, they are turning into lively meeting points and cultural hot spots. Makerspaces reflect the values of the sharing economy.

You can hear all kinds of different languages: It's noisy but the mood is cheerful in the bright room at the Cologne adult education center, right across from the city's main library.

A "language area" has just opened here, which serves as an intercultural meeting point for refugees and other residents who still need to work on their German language skills. Free of cost, everyone can sit at one of the computers and get immersed in visual and audio learning programs or borrow language books and games.

Two North African teenagers sit in the children's book section, thumbing through a picture book entitled "Let's go shopping": The pages show a typical German market stall packed with fruit and vegetables, each labeled neatly with its German name: Apfel, Aprikose, Pflaume, Kartoffel, Walnuss. Books meant for German pre-schoolers are useful for young refugees, too. "Gurke," one of the boys laughs and points at the picture. "Cucumber," the other says. Another word learned. 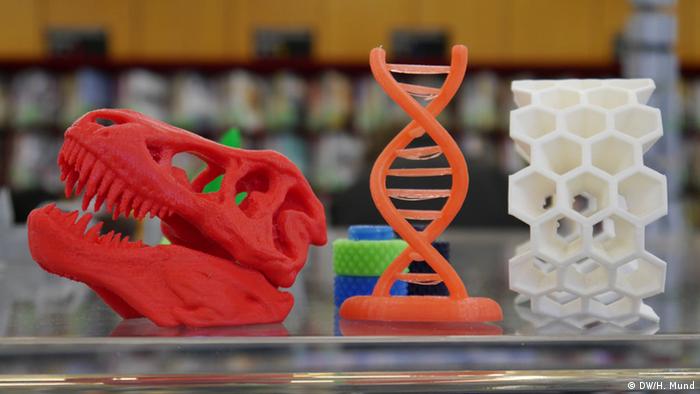 The "language room" was designed as a central contact point that offers plenty of space, readings in different languages and learning materials in languages from Arabic to Kurdish. Volunteers help Syrian, Afghan and Romanian families find their way around Cologne and Germany.

Young students from the nearby Kaiserin Augusta High School proudly present the result of their religious education class: Words and short sentences in German that refugee kids should know, spelled out with gummy bears and licorice. The sweet welcoming video clip which they posted on Youtube is easy for foreign children to grasp. Visitors ask them questions about their project after their presentation, and the students are happy to answer them.

Makerspaces: The hub of the maker revolution

The Cologne city library is renowned for its innovative ideas. It was voted "Library of the Year" in 2015 for launching unusual media projects and for developing this strategy of expanding the usual services of a library by creating this intercultural meeting point.

This idea is not new. The concept of "makerspaces" originated in the US and Scandinavia. They are spaces which offer visitors the opportunity to create, invent and learn using different resources such as 3D printers, electronics, software and tools.

In Denmark, a well-organized library is part of every municipality. It is regarded as a basic service for all citizens, including migrants. Unlike Germany, where local libraries are shut down due to a lack of funding, money is not an issue: Education is regarded as the next generation's future.

As a result, libraries in Scandinavia are lively, attractive places where lending books, CDs and DVDs is just one of many services, almost an afterthought. 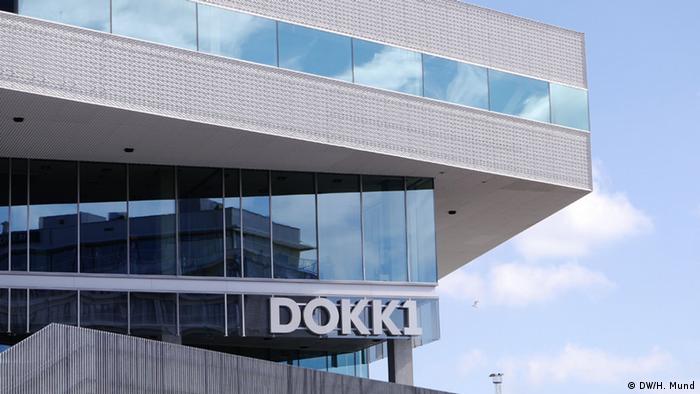 DOKK 1 is the showpiece of Europe's newly conceived libraries - a veritable center of knowledge and culture. The main library in Aarhus, an industrial port city in southern Denmark, is a social gathering point for all citizens. Aarhus will be the European Capital of Culture in 2017, and with that in mind, the entire port area was re-planned and redrawn. DOKK 1 hovers like a futuristic space station, open round the clock, a magnet for people of all generations.

At DOKK 1, people can borrow books, CDs and DVDs, but they can also extend their passports, hand in their tax returns or pick up their driver's license. Scandinavia's largest public library, which opened just a few months ago, is a citizens' service and information center. During waiting periods, patrons can read or study with very little bureaucracy involved. It's cost-free, and the technology is state of the art, including 3D printers: DOKK 1 lures a completely new spectrum of users. But people can also relax with a favorite book, listen to music, play chess on the computer or pore over expensive specialized and reference books. 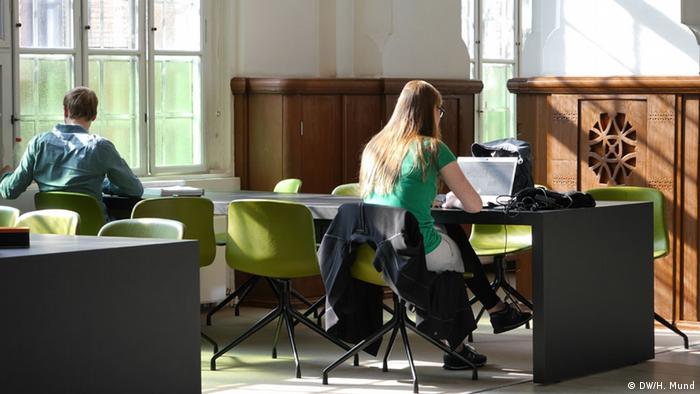 "Libraries of the future must be in a position to really inspire people, even without visible media or books," says Knud Schulz, manager of the impressive new library. Planning and building DOKK 1 took more than 10 years, and the result is a cosmopolitan center that offers spaces for people to meet and gather, be it areas for families, playrooms for children, comfortable reading zones with a view of the harbor, or quiet zones for contemplation and study.

Lifelong learning, an exchange of knowledge that spans the generations - as far as Knud Schulz is concerned, that's the future and the library's main goal. DOKK 1, he proudly explains, even has a repair shop equipped with sewing machines and professional tools. Young people can learn there from more experienced handymen how to repair a toaster instead of going out and buying a new one: "Knowledge forms in rooms that foster the exchange between people," he adds.

The future-oriented concept has worked well for the Cologne city library, too, and shows that learning can be fun in a motivating, inspirational environment.

Some of Berlin's libraries plan to streamline their inventory, which could lead to massive cuts. As concerned library goers fight for their right to read, DW's Stuart Braun reflects on a sacred public institution. (01.07.2015)

A US appeals court has ruled Google can continue to digitize millions of books as the judges say no copyright violations are involved. Authors, who first challenged the firm a decade ago, will not be amused. (16.10.2015)

Did you know that part of China's National Library and a St. Petersburg hospital were built by German architects? Architecture firms in Germany are expanding in developing markets by solving modern urban problems. (22.07.2015)