Pakistan's latest energy crisis, a weeks-long petrol shortage, has brought parts of the nation to a standstill. Economist Daniel Martin speaks to DW about what's causing the shortage and what Islamabad can do about it. 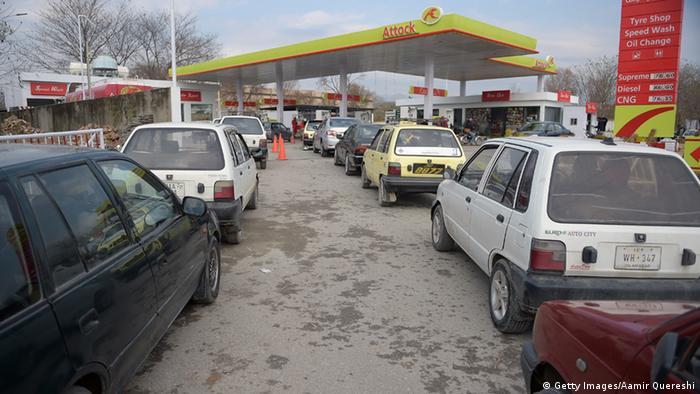 The shortage of imported oil began some two weeks ago, with affected areas almost grinding to a halt. Across the country, many buses have been taken off the streets, and scuffles have broken out at gas stations where people wait in long queues for fuel. Although the situation has eased slightly, the crisis prompted Prime Minister Nawaz Sharif to pull out of last week's World Economic Forum meeting in Davos.

Pakistan has to deal with chronic power cuts, and tackling the energy issue was one of Sharif's main campaign pledges ahead of the 2013 general election. The situation was recently exacerbated by an apparent rebel attack on a key power line which plunged around 80 percent of the South Asian country into darkness over the weekend.

The energy crisis may even have further consequences as global rating agency Moody's was recently quoted a saying that increasing energy imports without addressing structural issues that create so-called circular debt "will further strain Pakistan's budget and balance of payments, a credit negative." 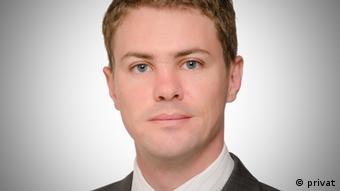 Martin: 'The current crisis has hit the transport sector hard'

In an interview with DW, Daniel Martin, a senior Asia economist at Capital Economics, says the short-term solution is for the government to find a way to solve the State Oil Company's financial problems, either through direct recapitalization or by coaxing the State Oil Company's debtors to pay up. However, he adds the structural issues will take much longer to resolve.

DW: What are the main reasons behind the fuel shortage crisis?

Daniel Martin: The main issue is that Pakistan State Oil, which supplies around 80 percent of the country's fuel, has run out of money and banks have refused to extend it any more credit. It has had no choice but to slash imports, leaving it unable to meet local demand. However, the roots of the problem are more complicated.

The government's price controls make it impossible for many firms in the energy and utilities sector to break even, especially since their customers often fail to pay their bills. These firms then struggle to pay their own suppliers, such as Pakistan State Oil.

In this latest case, the Power and Water Ministry has failed to pay Pakistan State Oil an outstanding debt of 171 billion rupees, which would have been enough for about two months of oil imports.

Why is Pakistan so dependent on energy imports?

China has promised to finance the construction of two nuclear power reactors in Pakistan. Critics say that Beijing's atomic deal with Islamabad is not a good idea considering Pakistan's history of proliferation. (25.12.2013)

Pakistan could be producing more oil and gas, but investment in the sector has been low. Aside from the usual problems around security, the legal environment and infrastructure, there is little incentive for firms to develop oil and gas plants to sell to the domestic market, given that the large state-owned companies that would be the most important potential buyers are always struggling to meet their obligations, as the current crisis illustrates.

Meanwhile, the artificially low prices the consumers pay serve to push up demand. The result is large net imports.

How is the shortage affecting sectors of the Pakistani economy, such as industry and transport?

The current crisis has hit the transport sector hard, making it very difficult for firms in other sectors to move their goods around. There have also been electricity shortages, which have been added to by the failure of a power transmission line that cut power to 80 percent of the country over the weekend.

But the fact is that Pakistan's power network consistently falls short of the country's needs. It isn't a short term problem. Firms in Pakistan suffer bigger losses from electricity shortages than in any other major economy in Asia.

The IMF granted a 6.6 billion USD loan to Pakistan in September 2013 on the condition that it carry out extensive economic reforms. Have these reforms been carried out?

In some areas, Pakistan has done well in meeting the targets agreed with the IMF, most notably in bringing down the fiscal deficit and rebuilding foreign exchange reserves.

But the government has come up short in some important areas. Most notably, it has failed to carry out agreed reforms is in the energy sector. Electricity prices were supposed to have been raised by seven percent on July 1, 2014, but the government decided to hold off, given that it was under severe pressure from protestors at the time.

Raising electricity prices would have added to its unpopularity. It did raise prices by 2.5 percent on October 1 and has plans to hikes them further, but all the time the power sector continues to make losses, and ultimately the government will need to pick up the bill. 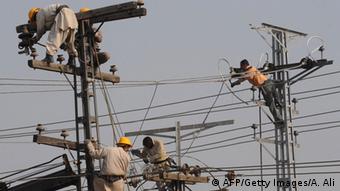 How long do you think the energy crisis will last and what will it take to tackle the issue?

The short-term solution is for the government to find a way to solve the State Oil Company's financial problems, either through direct recapitalization or by coaxing the State Oil Company's debtors to pay up. But the structural issues, those related to the government's price controls and the consistent failure of energy customers to pay up, will take longer to resolve.

One positive is that the drop in oil prices should help electricity companies to break even. Of course, it is one of the ironies of this latest crisis that it has all come to a head just a time when the collapse in global prices should be easing some the strains.

Based in Singapore, Daniel Martin is a senior Asia economist at Capital Economics, an economic research consultancy.