What is behind the right-wing ′Reichsbürger′ movement? | Germany | News and in-depth reporting from Berlin and beyond | DW | 24.07.2018

They are radical and violent. In recent years more and more people identifying themselves as Reichsbürger have drawn the attention of authorities. Who are they, and what kind of danger do they pose? 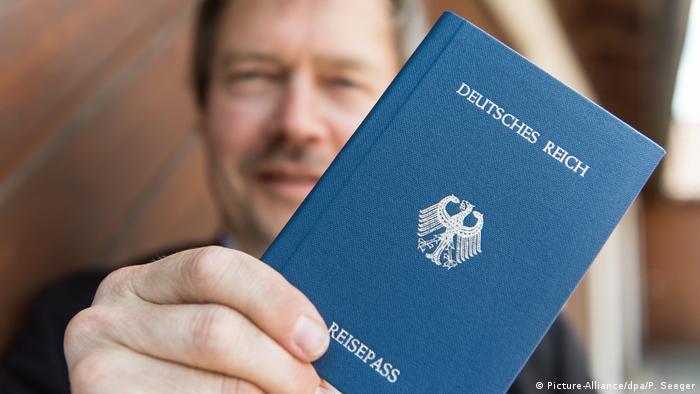 They think Germany is simply an administrative construct still occupied by the Western powers. For them, the 1937 borders of the German Empire still exist. We are talking about so-called "Reichsbürger," which translates as "Citizens of the Reich," people who swamp German authorities with lawsuits and are not averse to violence.

The Reichsbürger movement is made up of a number of small groups and individuals, mainly in the states of Brandenburg, Mecklenburg-Western Pomerania and Bavaria. They do not accept the legality of the Federal Republic of Germany nor any of its government authorities. They refuse to pay taxes and have declared their own small "national territories," which they call the "Second German Empire," the "Free State of Prussia" or the "Principality of Germania."

Members of these groups print passports and driver's licenses for their supposed states. They even produce T-shirts and flags for advertising purposes. Reichsbürger simply ignore the fact that such activity is illegal and not recognized by any German authority. They proudly announce their intention to "carry on the fight against the Federal Republic of Germany" on their websites.

Germany's domestic intelligence agency, the Office for the Protection of the Constitution (BfV), estimates that there are around 16,500 Reichsbürger in Germany. Some 3,500 are based in Bavaria while around 2,500 are living in neighboring Baden-Württemberg. Most are male, on average they are over 50 years old and they tend to come from socially disadvantaged segments of society. Hundreds of the Reichsbürger followers ascribe to right-wing populist, anti-Semitic and Nazi ideologies. A district court judge in Saxony-Anhalt has described them as "conspiracy theorists" and "malcontents." 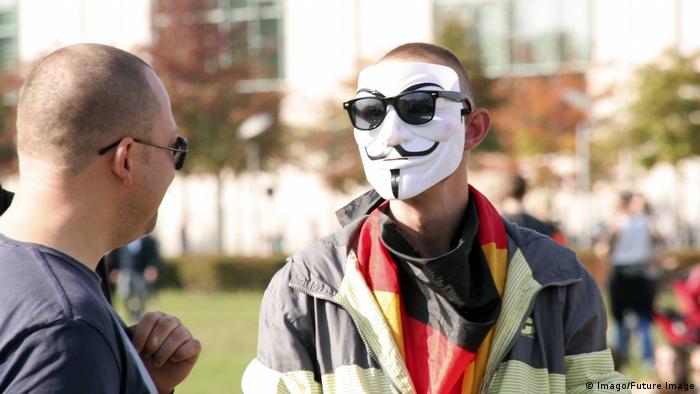 'Reichsbürger' at a rally in front of the Reichstag in Berlin

The growing radicalization of this group of people, however, is becoming a problem. That radicalization often begins with floods of motions and objections filed against court orders and payment demands issued by local authorities. Regardless of content, authorities are required to process every properly filed, formal request they receive.

Mayors from a number of communities have protested that, beyond having to deal with so much senseless work, they have also been attacked by Reichsbürger, verbally and even physically. Members often film such attacks and then post them online.

The group's affinity for firearms and for stockpiling weapons has left authorities concerned. The latest BfV report on the Reichsbürger said they are ready and willing to commit "serious acts of violence."

Police have found large caches of weapons and ammunition during house searches — and Reichsbürger members are continuing to arm themselves. In the past few years, German authorities have revoked weapons permits for hundreds of the movement's followers.

In recent years, Reichsbürger followers have carried out attacks on police officers during raids — with defendants often arguing that they have a right to defend "their property."

In Höxter, North Rhine-Westphalia a group from the "Free State of Prussia" attempted to build up its own militia by smuggling in arms from outside the country in 2014.

After busting a human trafficking ring in northern Germany in May 2018, police determined that at least one of the main suspects in the ring was involved in the Reichsbürger movement.

In 2016, a police officer was shot and killed by a member of the Reichsbürger movement during a police raid to seize the man's arsenal of over 30 firearms that he had illegally hoarded.

A former "Mister Germany" winner is also facing charges of attempted murder after shooting and injuring an officer during a special forces raid in August 2016.