What Dominik Szoboszlai's rise says about the state of Hungarian football

Hungarian football is on the up. The national team has qualified for Euro 2020 and has a new up-and-coming star in RB Leipzig winger Dominik Szoboszlai. But in the country's football structures, cronyism is universal. 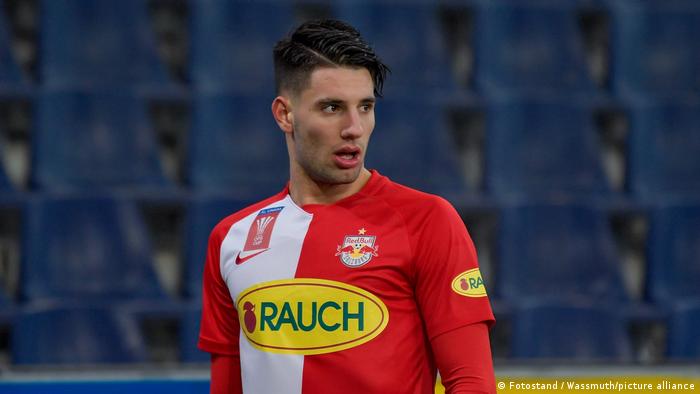 Hungary, once a football powerhouse, is celebrating a new star: Dominik Szoboszlai.

The country's Sportsman of the Year just completed a move to German Bundesliga side RB Leipzig from Austrian sister-club Salzburg, and many at home are hoping he follows in the footsteps of Ferenc Puskas, a star striker for Hungary in the 1960s.

There has been a footballing lull in Hungary for decades. Now, thanks in part to Szoboszlai, a new sense of hope is brewing.

But the midfielder's quick rise — he scored 9 goals and recorded 11 assists for Salzburg before his January move to Leipzig — is also causing controversy.

Since coming to power in 2010, Prime Minister Viktor Orban's government has poured billions into sports and encouraged companies to donate to soccer clubs. New stadiums and training facilities are being built all over the country.

Political leaders say Szoboszlai's breakout season proves that Hungary's investment in football has paid off, but many Hungarians resent the government investment, saying that more funds are being put into sports than into hospitals and schools.

Orban's critics also note that it is precisely the Prime Minister's pals who personally benefit from the funding, with cronyism rife in the clubs and associations when it comes to promoting talent and distributing money. 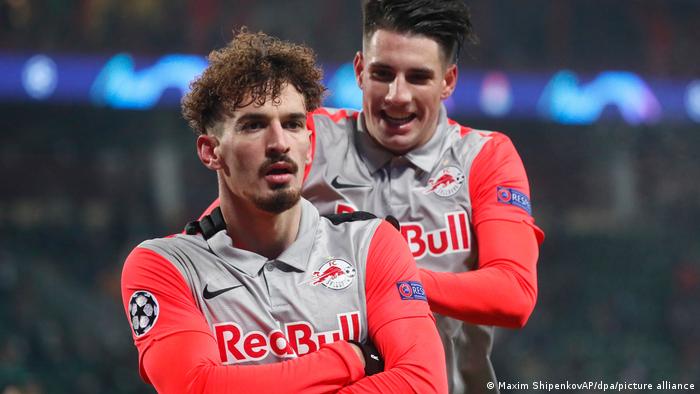 No training ground for Szoboszlai's club

"Szoboszlai's father did not want to play along," Bence Javor, a corruption expert at Transparency International, tells DW.

Zsolts Szoboszlai, Dominik's father, was a youth coach at Videoton, a club in the town of Szekesfehervar about 60 kilometers (37 miles) from Budapest. When Videoton fired him, the older Szoboszlai founded his own club, Fonix Gold, which was widely disregarded by decision-makers.

"Since the start of the football funding programs, there were years where the club didn't receive a single Forint [Hungary's currency]," Javor says. "But Fonix still developed [Dominik] Szoboszlai and Bendeguz Bolla, Hungary's only good fullback at the moment."

Fonix often would sometimes have to travel from Szekesfehervar to the Hungarian capital to practise at MTK Budapest's facilities because they could not find a location nearby.

"At the same time, clubs favored by the government received dozens of new training grounds in recent years," Javor says. "You can see how priorities are set."

The Szoboszlai family later looked elsewhere and found a club in Salzburg where Dominik could mature into a professional and a young star. But his case is just the tip of the iceberg.

"Since the time of communism, there has been the problem that it's always about who you know, not what you can do," Hungarian football journalist Bence Bocsak tells DW. "Even at the youth academies of top-flight clubs, influential parents can dictate who plays. Zsolt Szoboszlai, for example, had this problem."

Cliques are also common in first-team football. Bocsak cited Bence Deutsch — the 28-year-old son of Tomasz Deutsch, a co-founder of Prime Minister Orban's Fidesz party and a controversial member of European parliament — as an example.

Now in the Hungarian second division, the younger Deutsch played as a defender for MTK Budapest until 2019.

"Many wondered what he was doing there and what influence his father had on his career," Bocsak says. "You have to remember that virtually every club president is either a Fidesz official or at least has a close affiliation with the party." 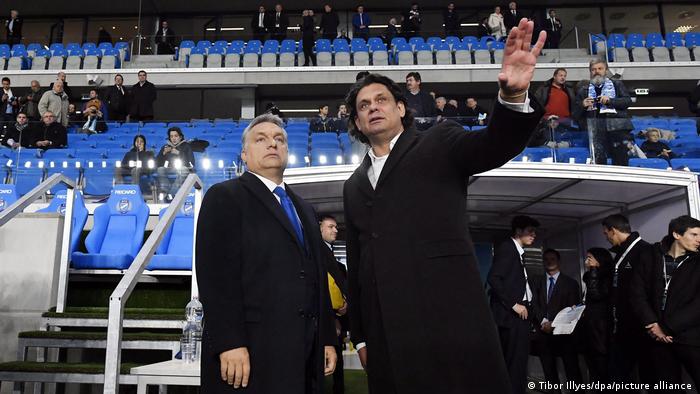 Club officials can also take solace from the knowledge that most major Hungarian media outlets support the government's approach to football. For instance, the editor-in-chief of the major sports newspaper Nemzeti Sport is a loyal henchman of Orban.

Even the stars on the pitch allow themselves to be used for political purposes. The most prominent example is winger Balasz Dzsudzsak, who nearly played in the English Premier League during the peak of his career. The 34-year-old, who currently plays in Hungary's second division, regularly poses with Interior Minister Peter Szijjarto.

"The two of them appear together in Instagram videos, take selfies and do all sorts of other things as well," Bocsak says.

Dzsudzsak even walks around with a diplomatic passport despite having no official government role.

Taking football out of the stone age

Bocsak and Javor both believe that the billion-euro investment in football from Orban's government is useless because the structures are so opaque. But others are pleased that Hungary has left the "sporting stone age."

"When I was a youth player, there were almost no good pitches anywhere in the entire country. There wasn't even hot water in the dressing rooms. It was terrible," youth coach Ivan Militar tells DW.

Now at a Barcelona football academy in the United States, Militar once worked for Puskas Akademia, a youth club created by Orban.

"Orban and his government have changed the terrible conditions in Hungarian football," Militar says. "It was about time." 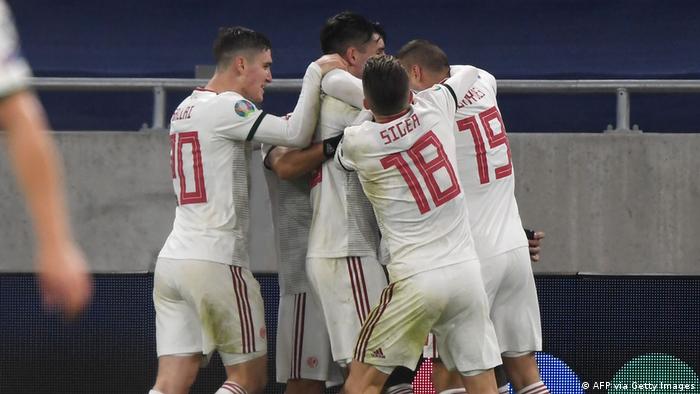 According to the youth coach, athletes have more opportunities than before, both at the amateur and professional levels.

"I know the facilities at Barcelona and Juventus. The Hungarian academies are better," Militar says. "Also, because of the new infrastructure and the increasing number of kids playing football all over the country, Hungary has already developed a big star, Dominik Szoboszlai, within a few years."

But that's where Bocsak disagrees: "Szoboszlai made it in spite of state interference in soccer, not because of it."

This article was adapted by Davis VanOpdorp

Christopher Nkunku's goal was the only one Leipzig needed in their high stakes clash against Leverkusen. Though the Frenchman has struggled with fitness this season, he remains one of Leipzig's key players.

Hertha Berlin have made their move for World Cup winner Sami Khedira as the club looks to avoid relegation. The former Stuttgart midfielder arrives from Juventus, where he had fallen out of favor.