What are French President Emmanuel Macron′s labor reforms | Europe| News and current affairs from around the continent | DW | 31.08.2017

Emmanuel Macron's plans to make France's labor market more competitive have been decried by critics as the "mother of all reforms." DW looks at how the president plans to overhaul the country's stringent labor laws. 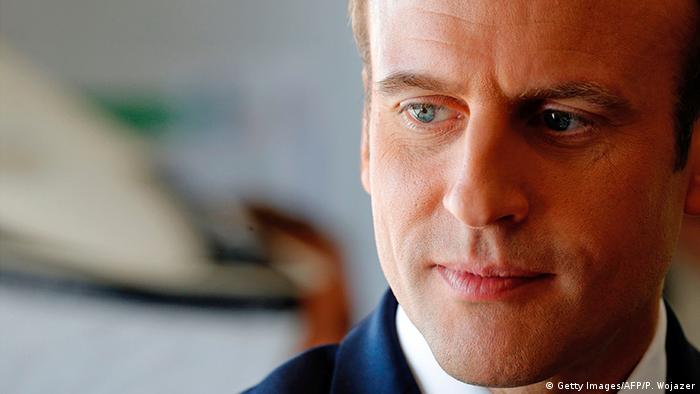 Elected in May on a centrist, pro-business platform, Macron has long argued that making France's notoriously rigid labor market more flexible is key to driving down the country's chronic 10 percent unemployment rate and spurring economic growth.

However, the plan comes at a time when Macron has suffered a steep drop in his popularity rating. His early announcements, such as an overhaul on wealth tax and cuts to housing assistance, have left many voters embittered and painted the image of a president who favors the rich.

With unions and left-wing leaders already calling for protests and strikes ahead of the plan's unveiling, the next series of reforms will the greatest test yet of Macron's reformist zeal. DW looks at how Macron intends to overhaul stringent labor laws.

The sacred employment contract in France

The sacred employment contract in France

The biggest question in Macron's reform package will be to what extent he intends to reduce the power of national collective bargaining. Despite relatively low membership, French labor unions are among the strongest and most influential in the world, with working rules often set on a national, industry-wide level.

Read more: Opinion: Macron the Messiah is still learning to be president

The president's plan is expected to grant employers greater freedom when negotiating terms and conditions with staff, such as working hours and pay, rather than binding them to industry-wide rules.

For all their influence, divisions within the French union movement are likely to strengthen Macron's hand on this measure.

Lower collective bargaining power will also tie into proposed measures calling for streamlined workers' committees, which are mandatory within large companies. That would give employers the freedom to hire staff on a more flexible project-by-project basis.

Macron's government will propose a cap on the compensation labor courts can award in cases of unfair dismissal.

French business leaders have long complained that lengthy and costly court tribunals discourage them from hiring. However, of all the proposals, this measure has faced the greatest public backlash, with surveys indicating that 62 percent of people oppose it.

More reforms in the pipeline

Pension reform, particularly within the public sector, remains one of the most contentious political issue among the French public. Proposed overhauls under President Jacques Chirac in 1995 and Nicolas Sarkozy in 2010 led to mass protests and stoppages, effectively paralyzing the country.

As Europe's second largest economy, France's EU allies - and Germany in particular - have repeatedly called on France to reform its labor market to boost the bloc's competitiveness.

On a visit to Paris on Wednesday, German Foreign Minister Sigmar Gabriel said he was "impressed" by what he had seen of the proposed reforms, adding that he was sure they "will help (France) become stronger."