A report on doping in the former West Germany has been published after details emerged that the practise was widespread and covered up for decades. The document indicates that there had been collusion at a high level. 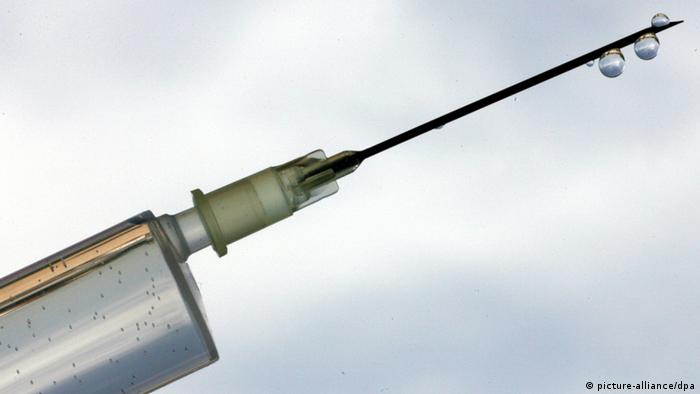 The comprehensive study, totalling hundreds of pages, was published on Monday after an article about its contents appeared in Germany's Süddeutsche Zeitung at the weekend.

The report was published on the website of the Federal Institute of Sports Science (BISp) - the very organization at the center of the scandal. The institute is accused of trying to establish a culture of "systematic doping under the guise of basic research."

Doping became systemic, the study said, after the establishment - under the jurisdiction of the West German Interior Ministry - of the BISp in October 1970.

Although government involvement in the preparation of players was not said to be at the same level as it so notoriously was in the former East Germany, the collusion in the program is believed to have been extensive.

"The participation of many national coaches, sports doctors and officials was in a manner conspicuously similar to the systematic doping system of [former East Germany]," the authors of the report said.

Opinion: Hypocrisy is the name of the game

DW’s sports editor Stefan Nestler believes that investigators into doping pracitices applied double standards, turning a blind eye to what was going on in West Germany for decades. (05.08.2013)

The institute is accused of coordinating work between sports scientists and sporting federations, looking at the effects of substances such as anabolic steroids and the blood booster erythropoietin.

Also included in the report are suspicions about German football during the 1970s. According to one letter from a FIFA official, traces of the stimulant ephedrine were found in three members of the West German Squad that faced England in the 1966 final of the World Cup.

A key figure highlighted in the report is the BISp scientist Joseph Keul, who supervised the institute's research. Keul, who died in 1992, was also responsible for medical preparation for West Germany's Olympic squads from 1960 onwards.

"The role of the BISp in research on performance-enhancing substances in (West) Germany was central. It made sure... that all state-subsidised research ended up going through Keul," the report said.

A team from Germany's Humboldt University compiled the report, "Doping in Germany from 1950 Until Today."

The publication of the report online was welcomed by the head of the Germany Olympic Committee, Thomas Bach. "We whole-heartedly welcome the publication of this study's findings. We will analyse them and discuss their implications," said Bach.