Belgium's West Flanders region was one of the world's most militarized zones during World War I. Now, with the centenary in 2014, the region is preparing to reap the benefits of a projected rise in tourist numbers. 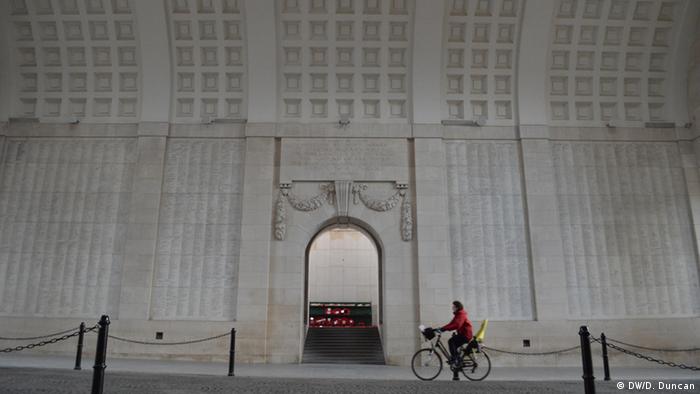 Almost every evening in the Flemish town of Ypres since 1928, come rain or shine, a group of buglers emerge beneath the Menin Gate monument to the fallen soldiers of World War I and play the "Last Post." This final salute to the fallen is an emotional one. "Quite often you'll choke up and cry when you hear the bugles," says New Zealander Maria Sainsbury who has travelled from half the world away to visit sites of the Great War in Belgium and Northern France.

One hundred years ago, West Flanders was one of the most militarized zones on earth across which some 60 kilometers (37 miles) of the infamous Western Front stretched. Now, with the centenary of the war commencing and lasting for the next four years, the region is readying itself to reap the benefits of a projected bump in tourist numbers.

Maria Sainsbury stands in a crowd of only about 30, listening to The Last Post, but that number will soon balloon, the Belgian government predicts. During the centenary years, Belgium expects the number of tourists flocking to their WWI sites to grow by 50 percent. That's a total of 2 million tourists: a major business opportunity. 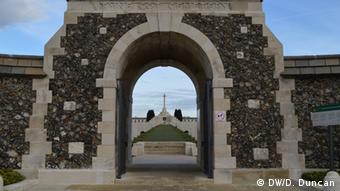 "You have to imply business. It's not only culture and heritage. It's also travel agents. It's also carriers,” says Lea Winkeler, WWI project manager at the government agency Visit Flanders. "It's also an event that links our very small region in Flanders to the rest of the world because there are 50 countries which had people fighting and dying here."

Beyond the public sector, local private businesses, like guided tours, are scrambling to make the most of the impending opportunity.

"We brought 550 people on tours this year," says Jean Wyns, CEO of Brussels City Tours. "But in the coming years I'd like to at least double that. Maybe we can get as many as 1,500 per year."

In time for the imminent spike in tourist numbers, Wyns has created a special tour of WWI sites, which will leave from Brussels twice weekly. The tour stops at cemeteries for soldiers fighting for both sides, at monuments erected by various countries after the war and at the remains of trenches, bunkers, and field hospitals.

In the hotel sector, major expansions are happening across Flanders. The Albion Hotel in Ypres, for example, is now in the process of increasing its capacity from 23 to 32 rooms, adding 28 parking spaces and a conference room. Already, the hotel's reservations book is filling up. 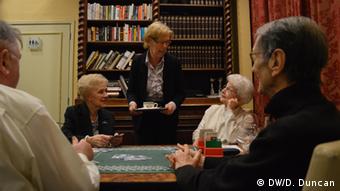 "For April, May, July and September, we have a lot of periods which are fully booked," says hotel owner Christiane Decramer-Praet. "Normally we don't. It's a very good start."

While this good start of entrepreneurship and investment is welcomed and promising, the regional Flemish government and the Federal Belgian government in Brussels are vigilant that the commemoration business remains appropriate.

"For us it's very important to communicate in a very respectful manner," says Steven Lodeywyck of Westoer, the tourist authority of the West Flanders region.

The market is awash with tacky trinkets and other forms of commemoration that flirt with the limits of good taste. Westoer is running workshops with private businesses to try and steer them towards a respectful way of commemorating.

According to the government, one successful example of "serene communication" and a positive model of commercialized commemoration is Paschendaele Beer, a new beer developed to commemorate the Battle of Paschendaele of 1917 which saw almost half a million causalities. 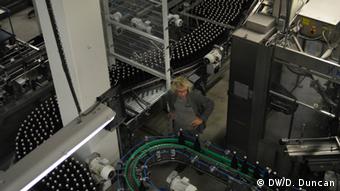 Passchendaele Beer is one of the successful examples, according to the Belgian government

The beer was developed by the Van Honsebrouk Brewery in the West Flanders town of Inglemunster. It was commercialized in Belgium in 2013 and will be exported, especially to commonwealth countries, from 2014. While the brewery faced the usual challenge of getting the right balance of ingredients to make a tasty beer, in this case, it also had to work on the balance of commerce and commemoration.

"It's a commercial product but we also, together with that beer, want to bring it to the people to commemorate the Big War," says marketing manager Jean-Christophe Feys. "It's a thin line to walk."

From 2014 to 18, Flanders at large will have to walk that thin line between commemoration of a dark period of its history and making the most of an unprecedented tourist boom. All that remains is for those tourists to show up.

From George Clooney to Ai Weiwei, 2014 is a year of culture in Germany

The 100th anniversary of the start of World War I is in the spotlight this year, but there's plenty more to fill Europe's cultural calendars. DW presents the highlights, from Hollywood to modern art. (03.01.2014)