In an interview with DW, historian Jay M. Winter explains how the First World War permanently changed the culture of mourning. Whether Verdun, Shoa, or 9/11, what remains of the deceased is often only a name. 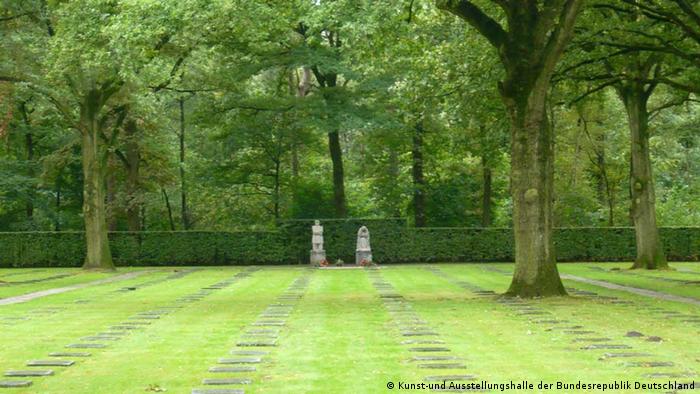 DW: Mr Winter, you've written decisive literature about the First World War. Now you've curated the exhibition Missing Sons at the Art and Exhibition Hall of the Federal Republic of Germany in Bonn. The images on display outline how the First World War has permanently changed the way dead people are mourned. The starting point is that the First World War is a kind of revolution when it comes to warfare. What are the reasons for that?

Jay Winter: The First World War is what we call a "total war," which means it was the first industrialized war among industrialized powers. The war material that could be produced by those powers increased by a factor of thousands with the weaponry and the projectiles that were fired at two sides. The 10 million that died in the First World War was by far the largest toll of deaths because of the enormous weight of material that was turned into artillery and other forms of warfare - gas and so on - that the world had never seen before. This is a moment in 1914 when war became something much worse, something much more monstrous than it ever was before. 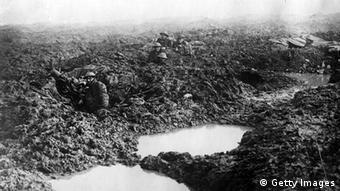 Due to the new form of warfare, the dead bodies disappeared. What were the consequences?

It was impossible for the very large casualties of 1914; one million men died in the first four months of the war, overwhelmingly on the western front, although also on the eastern front. It was impossible for these men's bodies to be put in graveyards that could be found later on and identified because of the backward and forward movements in the early phase of the war and the repeated artillery bombardment when the war became static. These cemeteries were simply targets. And those who were buried with some note as to who was buried there simply vanished.

The notion of remembering the dead became critical when there was no place to go, when there was no body to mourn. This had never happened before. The only conceivable parallel is the American Civil War where 800,000 men died. But 10 million died in the First World War, so [you have] the sheer quantity as well as the artillery bombardment of the cemeteries. Half of those who died have left absolutely no trace. They literally disappeared. 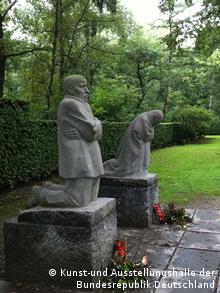 The sculpture 'The Parents' shows German artist Käthe Kollwitz and her husband deeply mourning their son Peter, who died in October 1914 in Flanders

So the First World War has changed not only the warfare but also the culture of mourning?

First of all, the war democratized death. 1914 was the beginning of mass death. These weren't professional armies, these were mass armies. It came from everywhere. And the signifying practices were not military, they were civil. What made it even more difficult: There was no place; you literally need a site in order to mourn. What is the site when there is no body or when possibly the body is on the other side of the lines. The notion of a ritual set of practices that had been in existence for centuries collapsed completely. In their place there were all kinds of unusual practices like spiritualism, like visiting séances to try to hear the voice of the dead to receive some kind of a message. These are indicators of what I would call a cultural crisis.

We've also seen the dead vanishing in the Holocaust, the war in Vietnam, 9/11. Is that the link between the First World War and the present times?

I think the link between the First World War and the present times is the cult of names. The names were the things that mattered. The names are all that mattered. In war memorials you'll see them, in churches, in Germany, all over the world. What matters is the list of the names in the parish or the town, the school or the university. It is the names. It is a way of bringing the bodies back home in a metaphorical sense of the term. Those names defined families that were empty, that had absences. 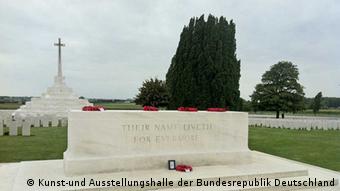 The British military cemetray in Tyne Cot in Flanders: Mourning is often associated with a location

The link between the First World War and later on is the subject of how to configure a void, how to configure a family when the father isn't there. That is why Le Grand Illusion matters [Eds: A film by Jean Renoir from the year 1937]. There is a widow without her husband, without her brothers, with just her daughter. That is all she has. How do they configure the loss that she has to live with? No one had any answers to it and it is the notion that the names are the things that mattered. And that is the link between 1914 and the more recent catastrophes.

In Germany, the First World War seems to be forgotten to a certain extent, overshadowed by the Second World War and the Holocaust. How do you explain that?

Would you agree that the First World War marked the disintegration of Europe and nowadays we see the reintegration? 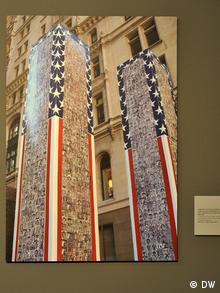 Fundamentally, the First World War was the moment when the first phase of globalization was destroyed. Now we are in a second phase of globalization and European reunification shows in some respects what might have happened had there been no First World War. Then 1914 happened, the economic crisis, the Nazis. It has taken us an entire century to get back to where we were in 1914.

The notion that remembering the First World War, remembering the disaster, the belief in military values, the belief that armies could actually transform the world positively that led to such suffering and to such loss of life. Now the European experiment - which is what it is - is based upon the idea that there will be no force used among member states for the foreseeable future. That to me puts my grandchildren in a better place than I was.

Jay M. Winter is an American professor of history at Yale University in Connecticut. His research focuses on World War I and its impact on the 20th century, as well as the remembrance of war. He recently curated the exhibition Missing Sons at the Art and Exhibition Hall of the Federal Republic of Germany in Bonn, which addresses the question of how people have dealt with loss, remembrance and grieve since World War I. The exhibition runs through February 23, 2014.

November 1 is a holiday in Catholic parts of Germany, where it's a tradition to light candles and visit the graves of dead relatives. These traditional sites are changing as more people opt for alternative burials. (31.10.2013)

The case of a young soccer fan whose parents wanted to put a ball on top of his gravestone have stirred up discussions on what's allowed in German cemeteries. A stonemason says times certainly have changed. (15.11.2012)

The spirit of Berlin lives in its cemeteries

Cemeteries are basically free outdoor museums, and Berlin has plenty to offer those with morbid curiosity. But as Jane Paulick finds out, graveyards are as much about the living as the dead. (09.11.2012)