Climate change will hit Africa particularly hard, fueling drought, heat and crop failures. Researchers are working to prepare the west of the continent for this scenario — with help from Germany. 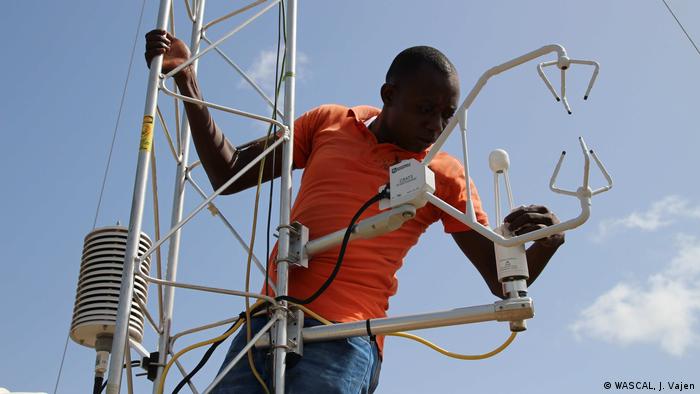 A few metal bars, a lot of sensors and some plastic; these are the ingredients meant to help West African researchers in their efforts to combat climate change. Since 2010, some 50 weather observation stations have been built with these items by African universities in Benin, Ghana, Togo and eight other countries — with support from Germany.

Wouldn't it make more sense to use the money on planting trees to slow down global warming? No, said German Research Minister Anja Karliczek in an interview with DW. Karliczek was in the Ghanaian capital Accra, where she pledged €25 million ($27.6 million) in additional support to regional climate change project WASCAL (West Africa Science Service Center on Climate Change and Adapted Land).

How warm was it in Dassari?

"First of all, we need a database as a foundation on which we can base our research," said Karliczek. "So far, we have had little data collection in these latitudes." 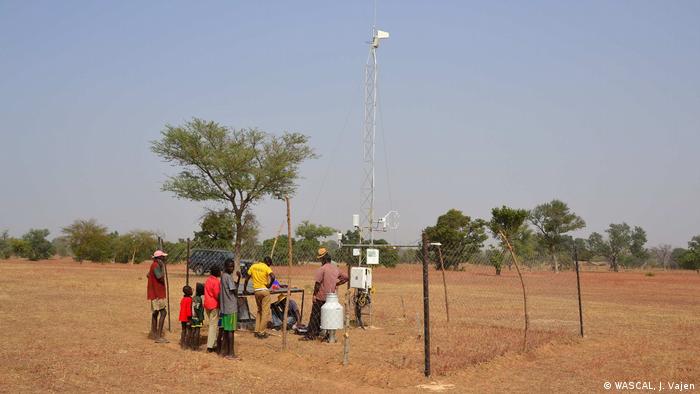 The WASCAL database helps researchers find out, for instance, how high the temperature was five years ago in northwestern Benin. Near the town of Dassari at 4 p.m., it was 32 degrees, with 60 percent humidity and a light wind of three meters per second. The intensity of solar radiation, the condition of the ground and many other parameters can also be measured.

It is only with this knowledge of exactly what climatic conditions prevail, that preparations can be made for extreme weather conditions, Karliczek said. "The drier it gets here in West Africa, the more we have to use research to make new planting possible." Among other things, WASCAL is working on more precise rain forecasts for farmers or on finding out how much more water will be needed when the climate warms up by two degrees. 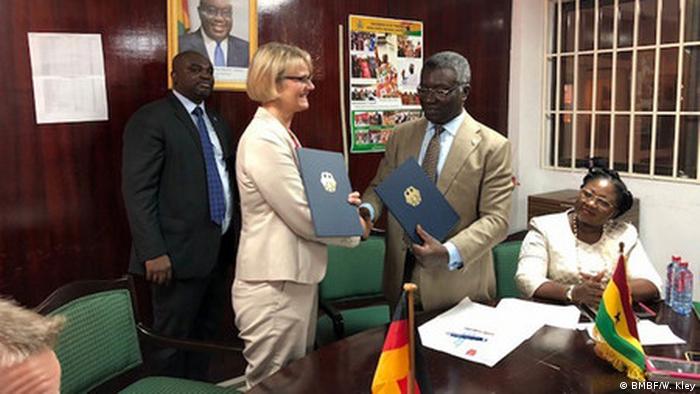 That is why the WASCAL project includes the training of young scientists. Ten doctoral programs and two master's programs have been introduced at several West African universities.

Training rather than migration

The WASCAL experts are highly regarded, says Research Minister Karliczek. "The climate experts we train can bring a wealth of knowledge especially when working in public administrations." In addition to promoting university education, Karliczek would also like to boost vocational training in the field of climate protection in West Africa in the future.

"The practical side must then come directly from industry, so that the young people are able to connect," said the minister. "These are the things we have to push for, so that development in Africa speeds up and pressure is not created for a new wave of migration." She calls for more aid for Africa overall for climate protection.

Lisa Badum, climate policy spokeswoman for the Green Party in the German parliament, the Bundestag, can only agree with that. "It is not enough to travel through the country with a green cloak; we really need to act now," Badum told DW. "The drastic nature of the climate crisis has still not been understood by Germany's federal government."

CO2 emissions from Germany are contributing to sub-Saharan Africa's drought and slower economic growth due to climate change, said Badum. "That's why we first of all have to start cleaning up our own act and phase coal out now." With that, according to Badum, Germany would really help the world in the fight against climate change.

A nation running out of water

Water is already scarce on Cape Verde, a small island nation off Africa's west coast. As climate change exacerbates the problem, what can the country's government do about it? (26.05.2017)

Droughts have left herders in Laikipia desperate to find pasture for their cattle, and brought them into conflict with landowners. But better land management is showing that these pastoralist communities can adapt. (28.05.2019)

With the European Union looking to ditch Russian oil and gas, the African country says it could not only help bridge the gap but also bolster the bloc's green push thanks to abundant sunshine and high wind speeds.