Leaders of West Africa's nations facing Ebola have made appeals via video to world leaders at the UN. Its chief Ban Ki-moon says a 20-fold boost in aid is needed. Germany's military is airlifting materials for Liberia. 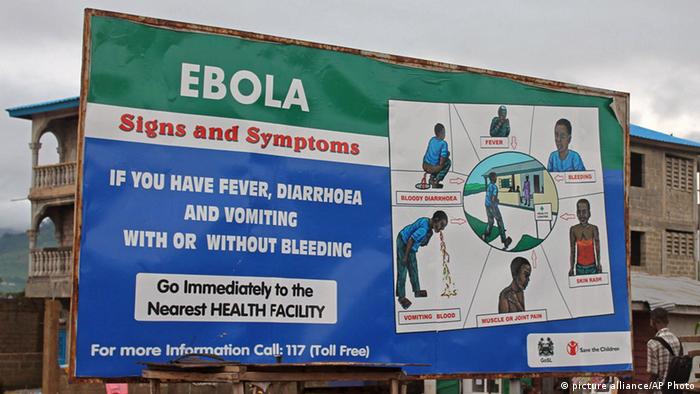 Johnson-Sirleaf, one of three West African leaders to address the New York meeting via video, said the region was also facing economic collapse and reversals of civil-war recovery and previous campaigns against ills such as malaria. 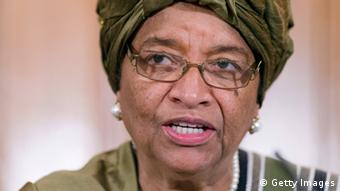 "The worst case scenario is that over 100,000 citizens will die from a disease (Ebola) that they did not start and do not understand," she said.

Sierra Leone's president, Ernest Bai Koroma, said responses so far were inadequate. He described the outbreak as "worst than terrorism."

One of the few bright spots was news from the World Health Organization (WHO) that the rate of Ebola infections had stabilized in Guinea.

A third US medic flown home after becoming infected while treating patients in West Africa was declared free of the virus at a Nebraska clinic on Thursday.

Dr. Rick Sacra, who had handled patients in Liberia, had received an experimental drug called TKM-Ebola. The Nebraska clinic said it was sharing lessons learned with medical aid workers setting up field hospitals in Africa.

But a Spanish medic flown home died in a Madrid hospital on Thursday. Manuel Garcia Viejo had run a missionary clinic in the Sierra Leonean town of Lunsar.

Another Spanish missionary, infected in Liberia and treated with another experimental drug, died in Spain in August.

WHO: Still out of control

At the special UN meeting, WHO director Margaret Chan said the Ebola virus was "still running ahead, jumping over everything we put in place to slow it down."

Of the 6,300 so far infected, nearly 3,000 had died, the WHO said, adding that among those infected were 373 medical personnel.

Ban said the figures amounted to 200 deaths each day.

Koroma said Sierra Leone had put three more of its districts under indefinite quarantine after a three-day lockdown last weekend. He said the measure had been a "success" but had exposed "areas of greater challenges." 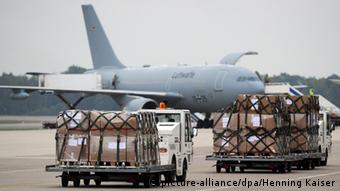 From Cologne, aid is on its way

They were bound for Dakar, Senegal, which is to serve as a hub. Germany plans to airlift material on to Monrovia, Liberia, where the US has also focused its efforts by dispatching the first of 3,000 US troops.

France is reportedly focused on Guinea and Britain on Sierra Leone.

US President Barack Obama, speaking at the UN, said moving fast could save "hundreds of thousands of lives."

The German military's call for service personnel and civilians to help in the West Africa epidemic region had drawn 4,500 volunteers by Thursday.

Defense Minister Ursula von der Leyen, herself a doctor, said she was "overwhelmed and touched" by the "incredibly" large number.