Werder Bremen hire Dutt to take over from Schaaf

Werder Bremen have hired former Bayer Leverkusen coach Robin Dutt to take over at the helm. The relegated Bundesliga side Fortuna Düsseldorf has confirmed that it has parted company with trainer Norbert Meier. 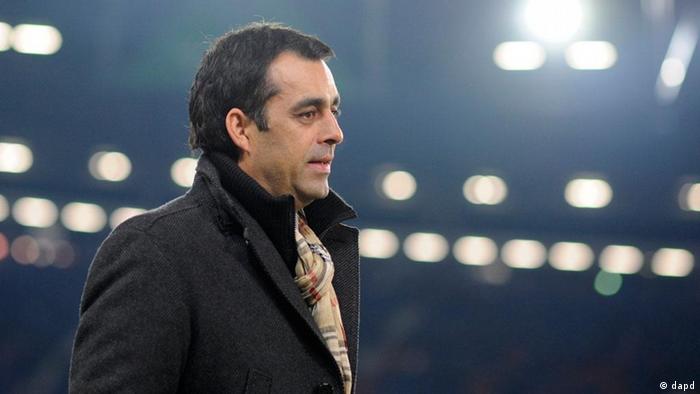 Robin Dutt was named Werder Bremen's new coach on Monday, taking over from the legendary and long-serving boss Thomas Schaaf.

Schaaf left the club two weeks ago following a difficult season. The deal with Dutt (pictured above) was agreed only after the German football federation (DFB) said it was willing to release the 48-year-old from his contract as its technical director.

"I am very happy to be going back to the coaching bench," said Dutt, thanking the DFB for letting him leave. "Werder Bremen is a great club and a very intriguing job which I will approach with great dedication."

Dutt, who previously coached Bayer Leverkusen and Freiburg, had been signed on a three-year contract, Werder Bremen said on its website.

"With Robin Dutt, we have hired the candidate we hoped for to the coach's position and we're convinced we'll embark on a new beginning with him, which will deliver success," said club director Thomas Eichin.

Schaaf had been Bremen's coach since 1999, which had made him the longest-serving boss in the Bundesliga until he left the club two weeks ago.

Schaaf led Bremen to a Bundesliga and German Cup double in 2004 and won two more German Cups in 1999 and 2009. This season, however, the club came perilously close to relegation before finally finishing in 14th place.

Club chairman Peter Frymuth said Meier's contract, which still had one season left to run, had been terminated by "mutual consent."

Meier had been the club's coach since 2008, taking it from the third division to the top flight for the 2012 to 2013 season. The club went straight back down, albeit on the final day of the season, after failing to win its last 12 matches.