Turkey controls the Euphrates and Tigris rivers, leading to tensions with downstream neighbors Syria and Iraq who fear Ankara may exploit its power to cut off their water supply. Treatment plants could ease the problem. 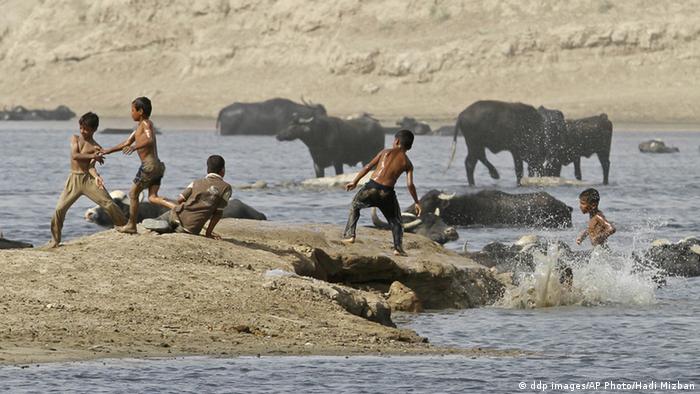 Water: a source of fun and of conflict

Mesopotamia, the marshy landscape between the rivers of Euphrates and Tigris, is considered the model for the Biblical Garden of Eden. The riversflow from eastern Turkey, through present-day Iraq, to the Gulf; the Euphrates also takes in a large part of northern Syria.

The "land between the rivers" as Mesopotamia means in Greek, was settled by people who tended fields, sowed grain and bred animals. But those centuries-old traditions could soon be over because the region is quite simply running out of water.

A study by the Turkish foreign ministry says a growing population and rising per-capita water consumption has meant that the existing water resources in the Middle East are not enough to meet demand in the long run.

In addition, drought periods are becoming more frequent and extreme due to climate change. Finally, ambitious dam projects in Turkey, Syria and Iraq have led to rows over the ever dwindling resource.

In the 1960s, all three countries wanted to dam the water in order to control droughts and floods. But that soon led to ambitious hydro power plants. The demand for water outstripped the capacity of the water source, raising tensions between the countries.

At the heart of the water conflict is the question of power – and the one country that undoubtedly wields it the most is Turkey because of its location. The headwaters of the great rivers — the Tigris and Euphrates — are in the Turkish mountains.That could make Turkey a regional power in future with sole control over the waters of the two mighty rivers.

"Some countries sell oil. We will sell water.“ Those were the words of former Turkish President Turgut Özal who had a vision of growing political clout because of its abundant water reserves. In 2004, Turkey sealed an agreement with Israel to sell water. But the deal was never implemented and finally called off in 2010. 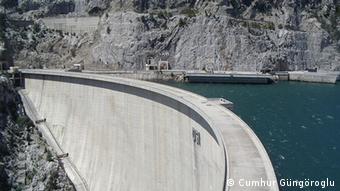 It includes 22 dams across both the Euphrates and Tigris rivers, most of which have already been built. Turkey's aim is to develop its southeast both economically and socially and ratchet up its energy production. But Turkey’s downstream neighbors Syria and Iraq remain skeptical.

The use of the Euphrates especially remains controversial. Syria is overwhelmingly reliant on the waters of the Euphrates, the only major river to flow through Syrian territory. The river is essential to Syria's survival with some 90 percent of its entire demand for water met by the Euphrates.

In 1987, Turkey and Syria came to an agreement over water sharing. It ensured that Turkey would maintain a flow rate of 500 cubic meters of water per second where the Euphrates flows into Syria.

Droughts in Iraq and Syria have also led Turkey to raise that amount by another 17 cubic meters per second. The three countries met in 2009 to negotiate the amount of water supply but without any agreement.

In theory, Turkey could simply cut off water supply to Syria and Iraq. But would it really do that? Experts say it depends on which perspective you take.

Waltina Scheumann, an expert on Turkey at the German Development Institute (DIE) researches Turkey's water policies with a focus on bilateral and international agreements. Scheumann says Turkey has played a largely positive role.

"Turkey has never exploited its position in the past,“ Scheumann says, adding the country has always been cooperative with its water policies.

But Azzam Alwash, founder of the environmental group Nature Iraq, is skeptical. "Turkey uses its power by not making any compromises during negotiations,“ Alwash says. "Turkey has no obligations internationally to stick to the agreements,“ he adds.

Despite Turkey's stance, Alwash believes the countries in the region will agree when it comes to the sharing of the waters of the Euphrates and Tigris. Turkey wants to join the European Union, he points out, and as a candidate country it first has to solve the water dispute with its neighbors.

Both experts believe that all parties need to sit down at the table to iron out their conflicts. "The most important thing is internationally binding agreements which precisely divide the waters of the two rivers,“ Alwash says, adding it's the only way to ease the conflict. 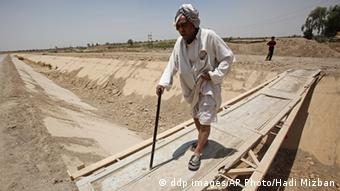 The arid Middle East is fast running out of water

Another way to soothe the tensions would be to use the waters more efficiently, Alwash says. "Farmers in Iraq work with a method that hasn't changed for the last 10,000 years,“ he says, adding that agriculture in Iraq uses 90 percent of the water to irrigate land.

"The problem in the region isn't the amount of water but rather the quality of water,“ Scheumann says. Around 30 to 50 percent of the waste water in the Middle East is not treated. It seeps into the ground, contaminating the ground water.

The problem isn't confined to Syria and Iraq alone but is also evident in better-developed Turkey. The Turkish environment ministry has calculated that between 2007 and 2023, investments of around 18 billion Euros would be needed to build water treatment plants.

German Trade and Invest (GTAI), a group meant to promote business, estimates that in 2010, only 52 percent of Turkish citizens had access to a waste water connection. In 2008, that number was 48 percent.

Scheumann says if that more water was filtered and treated, people would have better drinking water supplies and that would reduce the potential for conflict between countries.

“If you build a treatment plant to get water then you don’t need to wage wars,” she says.

Fijian Defense Minister Inia Seruiratu said his country was threatened more by climate change than the geopolitical competition in the region. Fiji has borne the costly impact of several cyclones in recent years.