Water conflicts are bubbling in many parts of the world, from China and India to the Middle East and southern Africa. A group of former world leaders is calling on the UN to make water a top security concern. 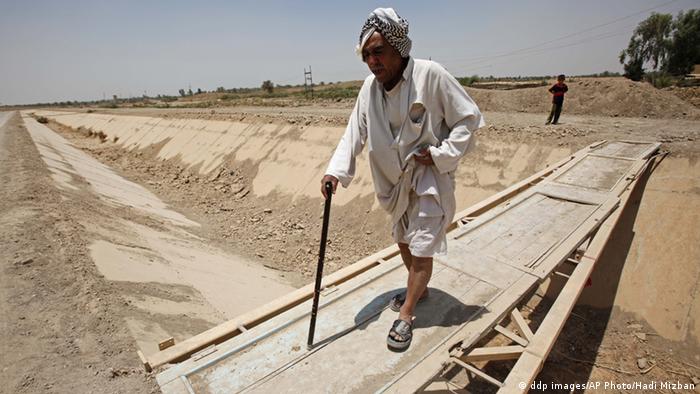 As the world's population continues to grow, so does its thirst. But not every nation is equally able to quench it.

The looming water crisis threatens political stability and economic development in a number of developing and emerging markets, with implications for global peace, warns a group of prominent former government leaders, including Bill Clinton and Nelson Mandela.

The leaders are part of the 40-member-strong InterAction Council (IAC). The organization teamed up with the United Nations University's Institute for Water, Environment and Health, and Canada's Walter and Duncan Gordon Foundation to draft a report on water and world security ahead of a special UN meeting on the topic on September 25 to coincide with high-level meetings of the United Nations General Assembly. UN-Water, a coordinating body for water-related efforts by all UN groups, is organizing the Sept. 25 meeting.

In the report "The Global Water Crisis: Addressing an Urgent Security Issue," former Norwegian Prime Minister Gro Harlm Brundtland warns of danger in countries already battling critical water shortages. "As some of these nations are already politically unstable, such crises may have repercussions that extend well beyond their political boundaries," she writes in the foreword. 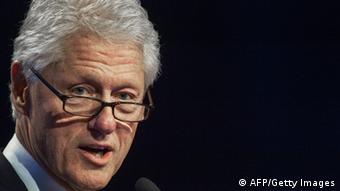 Fabrice Renaund, with the Institute for Environment and Human Security at the United Nations University in Bonn, agrees.

"Water resources worldwide are under increasing pressure through a combination of factors that include population growth, pollution and the consequences of climate change," he told DW. "In some regions of the world, acute stresses could be magnified or become the norm, and many in academic, political and media circles predict that this will inevitably lead to violent conflicts."

In a world with more people to feed, more water will clearly be required to grow crops.

Currently, 70 percent of the world's fresh water is used for agriculture, according to the World Bank, noting that it takes one liter of water to grow one calorie of food.

Approximately 3,800 cubic kilometers of fresh water are drawn from lakes, rivers and wells globally every year, according to IAC. With about one billion more mouths to feed worldwide by 2025, agriculture will require another 1,000 cubic kilometeres of water per year, equivalent to the annual flow of 20 Nile Rivers.

Although agriculture is the largest user of water by far, it is just one of many. As populations and economies grow, more water will also be required by energy, industrial and urban systems, to name a few.

But unlike energy, water has no substitutes. And as the indispensible ingredient for life, it becomes a source of power in its own right. 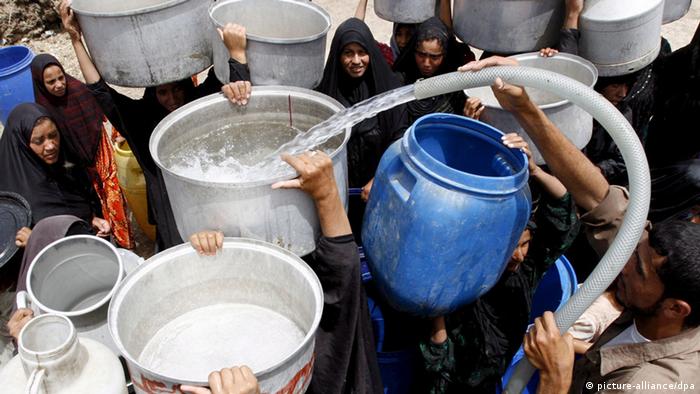 The amount of water available per person in the arid regions, like parts of Iraq, will halve by 2050

"With water conflicts, it's not always about scarcity; it's often about power," said Ziyaad Lunat, a Jerusalem-based coordinator with the Emergency Water, Sanitation and Hygiene (EWASH) non-governmental organization and an expert on water issues in Palestine.

The country, he told DW, "has used water for political gain" on the West Bank and with neighboring countries. "Water is a hot topic here," he said.

Securing water is a prickly issue in other parts of the Middle East as well. Iraq, for instance, is at the mercy of its neighbors for supplying much of its water and has accused them of tightening their flows of water into the country more than once in recent years.

'Pushing everything over the edge'

Iran has more than 40 tributaries and rivers crossing into Iraq, while Turkey exerts huge control over the Tigris-Euphrates basin. 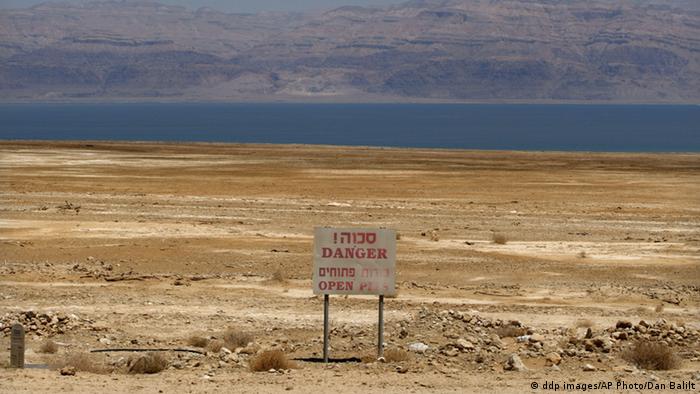 "There is so much happening in the Middle East that a conflict over water could push everything over the edge," said Patricia Wouters, professor of international water law at the University of Dundee in Scotland and founding director of the Dundee UNESCO IHP-HELP Centre for Water Law, Policy and Science.

Demand for water in the emerging markets of China and India, the world's two most populous countries with fast-growing economies, is expected to exceed supplies in less than 20 years.

Though possessing the fourth largest fresh water reserves in the world, China, by virtue of its population, has the second lowest per capita water holdings of any nation. That could pose a huge problem to the country's economic development, experts agree.

Cooperation rather than conflict

"Water security is on the global agenda," Wouters told DW, noting that it is now a focus of the World Economic Forum and numerous reports from banks and consultancies assessing risk strategies. "You have corporations worrying about investing and national governments trying to protect economic interests."

Research, however, shows no evidence of water being the principle cause of two states going to war, according to the UN University's Renaud. "Given that 145 states and 40 percent of the global population fall within 263 international river basins that account for 60 percent of global river flow, this is not an insignificant finding," he said, adding that tensions over water "seem to stimulate cooperation rather than promote conflict."

Syrian’s northern city of Aleppo is reported to have come under renewed bombardment by government forces. This comes as residents were facing a shortage of drinking water after a water main was damaged in the fighting. (09.09.2012)

'We must build resilience in domestic agriculture'

Concern is growing that the drought ravaging US cornfields may trigger a global food crisis similar to the one in 2008. But David Hallam of the UN's Food and Agricultural Organization says we have learned how to survive. (21.08.2012)

As droughts destroy crops, experts fear additional increases in food prices as harvests shrink. Some German banks halted food-related investments to stop exacerbating the trend, but not all institutions are on board. (16.08.2012)