Was the Turkish state involved in journalist Hrant Dink’s assassination? | Europe| News and current affairs from around the continent | DW | 04.03.2021 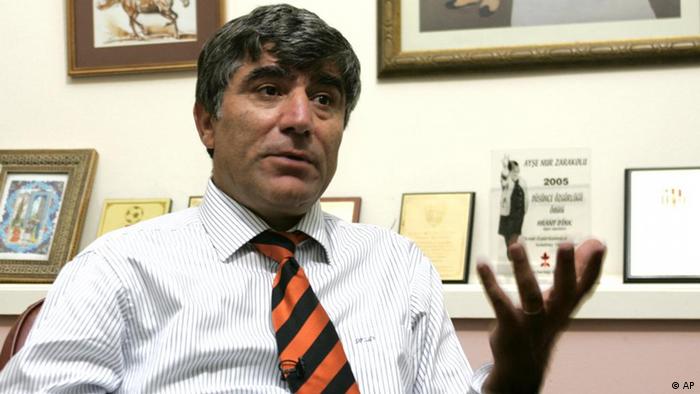 On January 19, 2007, Turkish-Armenian journalist Hrant Dink was assassinated on a crowded street in Istanbul, Turkey, in front of the offices of the weekly Agos newspaper which he had founded in 1996 and of which he was editor-in-chief. Sorrow and anger spread around the country and well beyond its borders.

Dink had often come under attack for his articles and speeches warning about the rise of nationalist forces. He had even been prosecuted several times. In 2002, he took part in a symposium where he told those in attendance he refused to define himself as a Turk. "I am not a Turk, but an Armenian of Turkey," Dink said. He was subsequently convicted of "insulting and denigrating Turkishness." 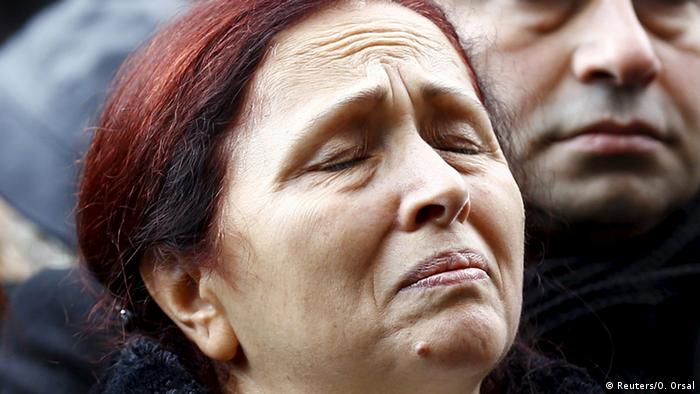 Two years later, Dink was widely criticized for an article he wrote which included passages from an interview he did with a woman purporting to be a relative of Sabiha Gokcen, the famous adopted daughter of the founder of the modern Turkish state, Kemal Ataturk. The article asserted that Gokcen was an Armenian orphan. Gocken was the world’s first female fighter pilot and is considered an untouchable national icon. Many Turkish nationalists, particularly those with links to the military, claimed that Ataturk's legacy had been smeared.

Ultranationalists repeatedly gathered in front of the building where Agos had its offices, chanting slogans including "love this country or leave it" and making threats such as "we could turn up suddenly one night."

In response, Dink published an article in his own newspaper titled 'Why I was targeted.' He reported receiving regular hostility and threats. "I have always faced danger in my life, and now I am, once again, on the edge of a cliff," he wrote.
A week later, he was murdered.

'We are all Armenians'

On Friday, January 19, 2007, Dink was shot dead as he stepped out of the Agos building to run an errand. Learning of his death, people poured onto the streets to show their solidarity. Outrage swept through much of the Turkish public. The slogan: "We are all Hrant, we are all Armenians," quickly spread through the streets. 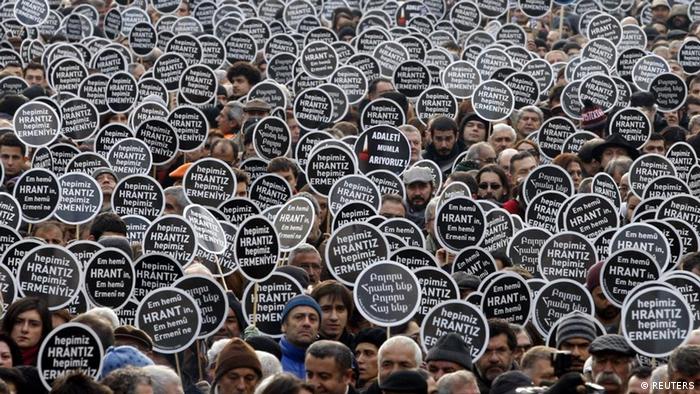 Three men were taken into custody and later convicted: 17-year-old Ogun Samast, who allegedly pulled the trigger, as well Erhan Tuncel who supplied the weapon and Yasin Hayal, who is believed to have instigated the killing.

Was the 'Deep State' in the know?

The investigation into Dink's death later showed that certain state officials were aware of the assassination plans but did not take any steps to protect Dink.

To this day, his relatives vehemently demand the state officials be prosecuted. "Despite the threats against Hrant Dink and concrete evidence he could be murdered, they did not implement any measures to protect him," the family's lawyer Hakan Bakircioglu said. "The group which carried out the murder was not prevented from operating. But according to the original charges, no state official was involved in the murder." 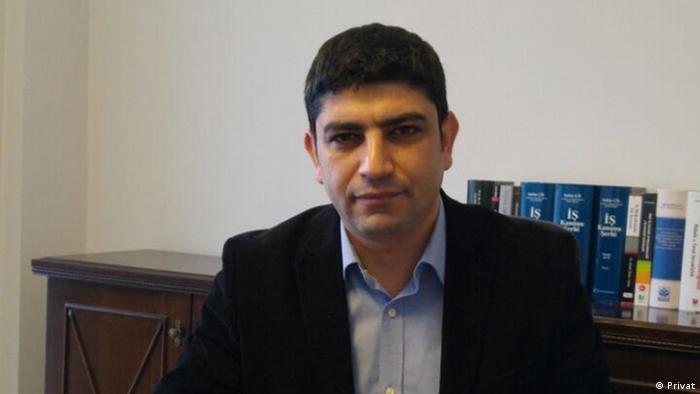 What role did the Turkish state play?

The murder trial opened in Istanbul in July 2007. I was not until 2011 when self-confessed killer Ogun Samast, who was a minor at the time of the crime, was sentenced to 22 years and 10 months in jail. A year later, in a separate trial, Yasin Hayal was given a life sentence for ordering Dink's murder, while Tuncel, along with 17 other defendants, were acquitted.

In July 2016, dozens of police officers as well as members of the paramilitary gendarmerie of the Black Sea province of Trabzon and Istanbul were charged with being complicit in organizing the murder. The verdict in that case is due on March 5, 2021. 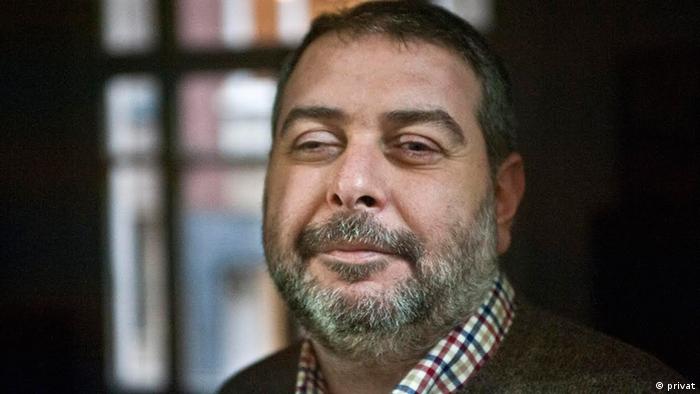 A free and fair decision

However, relatives do not expect a fair ruling when a judgement is handed down on Friday. Bakircioglu, the Dink family's lawyer, said that the case had not been examined properly and that at the last hearing on February 10, 2021, defendants against whom there were serious charges had not been sufficiently questioned. He also claimed that the "Istanbul governorship and officials of the state intelligence service MIT had not been investigated at all" although they were suspected of being involved in the murder.

Dink's legacy lives on in the newspaper that he founded. "He gives us strength even after his death," said Agos editor-in-chief Yetvart Danzikyan. "Especially to Armenians in Turkey who are beginning to lose hope for peace and justice."

Turkey's Erdogan clamps down further on media amid coronavirus crisis