Wary Greeks say economy can only improve | Europe | News and current affairs from around the continent | DW | 18.03.2014

The Greek government is optimistic about the economic situation. But Greece's top managers are still unconvinced. Are state officials just hoping for the best or is the end of the crisis near? 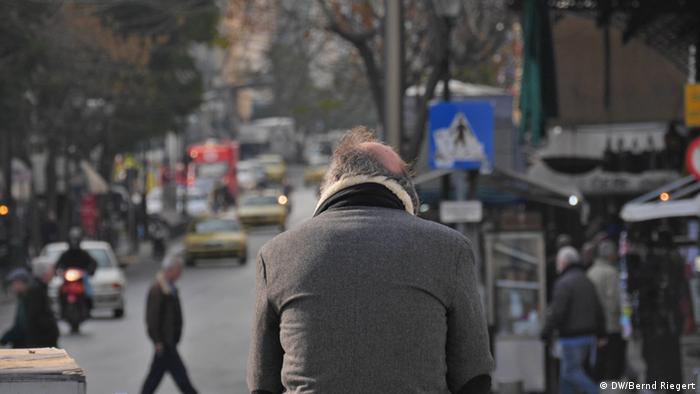 Greek and international companies put their newest products on display at a food and beverage trade fair near the Athens airport. In the modern hall, stands run by the conference's exhibitors are stylish and well visited. It looks like many other trade fairs in Europe leaving some to wonder what has happened to the crisis that has held Greece in a recession since 2008.

The bottom seems to have been reached, according to Athanasios Syrianos. But the brewer and owner of the Hellenic Breweries of Atalanta took a skeptical view of the positive news being spread by the Greek government about an economic boom.

"I don't think it will get better quickly, but I also don't think it can get any worse," said the brewer, who was trained in Germany. He said his company survived the crisis moderately well so far with a sales increase of 22 percent in 2013 and expectations of double-digit growth in 2014. The beer market did not collapse - as occurred in many other markets did. On the contrary, Greeks turned away from international brands of beer, including those made by Belgian or Dutch companies.

"Shocked by the crisis, consumers look for other products," said Syrianos, who is also vice president of the German-Greek Chamber of Commerce in Athens. "As a Greek brewery, our products have been favored." 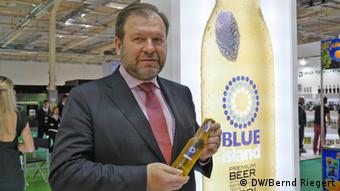 Syrianos, a brewer, couldn't get loans from Greek banks

He said he sees two problems for Greek companies. First the tax burden increases because the Greek government has to improve its income due to the crisis and second the banks offer not enough credits for the economy. "A non-functioning banking system seems to me and many others as the biggest main problem at the moment," he said. "We are not getting the money to invest."

He said his brewery got a loan with the help of a Hermes loan guarantee by a bank from Luxembourg. Despite solid earnings figures, he said he could not get credit from Greek banks.

After six years of crisis, there is a ray of hope among people, said Jan Hübel, who has written for "Griechenland Zeitung," Greece's only German-language newspaper, for 20 years.

"In the streets you can see a lot more people shopping," he said. "The shops are slowly getting busy again. Of course people check the prices and they don't buy just anything."

The economic crisis created a burden for many families. The unemployment rate is at 27 percent. Many more homeless are seen in the city. Even in well-off quarters soup kitchens have popped up.

"We are seeing an increase in impoverishment in society," said Christos Katsioulis, head of the Athens office of the Friedrich-Ebert Foundation, which is aligned Germany's Social Democratic Party. "In particular, we are seeing that families are affected by poverty."

Unemployment benefits and health insurance are cancelled after 12 months of unemployment. After that there is no social safety net from the state, according to Katsioulis.

"These families rely on the support of their relatives and their neighbors," he said. "Or they are left in limbo altogether. That has increased the gap between rich and poor in the society."

The mood among the population is "moderate pessimistic," he said, adding that few believe in the forthcoming boom that the government and the media announced at the beginning of Greece's EU Council Presidency. 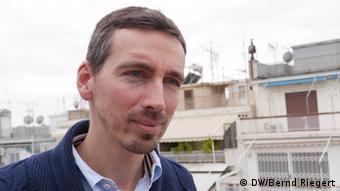 The entrepreneur Syrianos knows that Greeks need more jobs. "Unemployment is the biggest problem for the Greek economy," he said.

The Greek government wants to create several hundred thousands jobs with the help of EU employment schemes. But the projects have not started in earnest yet. Reforms take their time and it's not only because of unwilling officials, said Katsioulis.

"The administration also has the problem that the legal framework changes so rapidly that they can't follow or they are busy adapting the administrative regulations to the current status," he said. "That takes time and energy. It also makes it difficult for the administration to function as a service provider for the economy and the citizens."

Tax administration, for example, is still a disaster, according to an insurance entrepreneur who did not want to be named. Paying bribes to reduce taxes or to avoid an audit is still common. He said he experienced it several times. Greek minister for public administration, Kyriakos Mitsotakis, frankly admitted that tax fraud and corruption are common. It will take years to stop that, according to Mitsotakis.

Journalist Jan Hübel agreed: "It will take some times until this attitude of the people change, until everybody becomes aware that is good for the citizens when everybody pays taxes. In the last 25 years it was a sport to cheat the state." 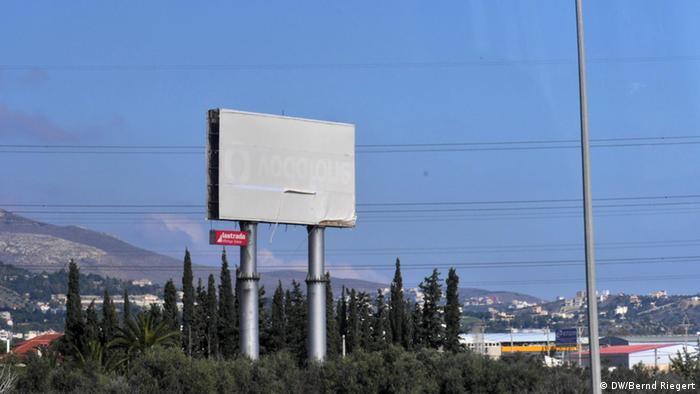 An obvious sign of the crisis: an empty billboard

The saviors from Europe failed

Like many Greeks, brewery owner Athanasios Syrianos feels certain that the Troika - the auditors from the EU Commission, the European Central Bank and the International Monetary Fund - underestimated economic problems in Greece. Many in Greece and abroad have commented that the Troika's solution intensified the recession and the mass unemployment. The Troika should have insisted much earlier on the reduction of the far too big state machinery, said Syrianos.

"I'd say the first three years were totally lost," he said. "That wasn't only the fault of the patient, the Greek economy and government, but it was also the fault of the doctors who tried to solve the crisis."

Greek start-ups: a success story amid the crisis

Start-ups often spring up from nowhere and disappear just as quickly. In Greece, only a few have managed to survive. Besides examples of innovation and entrepreneurship, they could also be a sign of economic recovery. (10.02.2014)

Searching for hope in Athens

For the unemployed in Greece, self-loathing and listlessness are an occupational hazard. Reporting from the cradle of the eurozone crisis, Stephen Beard explores whether young Greeks should simply create their own jobs. (07.02.2014)