Soup kitchens for the Greek middle class | Europe | News and current affairs from around the continent | DW | 13.01.2014

In Greece even the middle class is suffering because of the crisis. Soup kitchens and food donations for the needy are being organized - even in fancy suburbs of Athens. 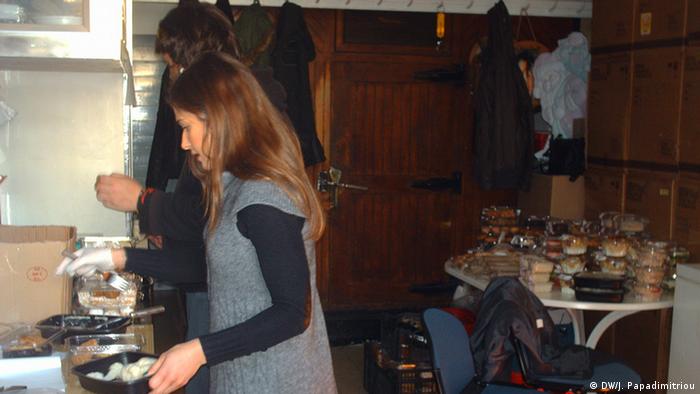 In Athens's elegant and green suburb of Kifissia Maria Kefalas-Salmatani distributes food and medicine to the needy. In 2003, the contractor had been elected to the City Council - with the promise to create a new home for disabled children and young people. But since then, the priorities of the local government have changed: Due to the rapidly-spreading economic crisis, the councilor has to first care for the needy. The majority of start-up funding - approximately 4000.000 EUR - was given by an EU program. Today, the auxiliary project is primarily funded by private donations. By the end of January, the local administration of Kifissia will also open a social pharmacy for the needy. 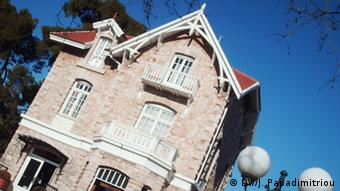 Kifissia is one of the better suburbs of Athens

"Our settlement has indeed blossomed into a celebrity neighborhood since the 1980s, but that is only part of the truth. In Kifissia, there are many families from the middle class that are now faced with the nightmare of unemployment", says the 62-year-old. Those are former two-income families with children in which both the father and the mother have lost their jobs. Over-indebted entrepreneurs are also affected by the crisis in the settlement and can no longer cover their own food needs.

Discretion must be paramount

A total of 19 employees of the city take care of the daily food distribution, in addition to that there are volunteer aid workers. 170 people have already registered themselves as recipients of food aid in Kifissia. The real number of the needy is probably even much higher, because many once wealthy families are just too proud to admit their economic plight and to accept help from the state, Maria Kefalas-Salmatani points out.

"Often we only get a subtle hint from the neighbors, for example, that no light is burning in the house next door, which probably means that the power has been turned off", said the councilor. In such cases, psychologists and staff of the Social consult try to contact the affected parties and provide help - as discreetly as possible. 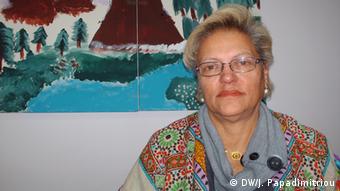 Also in Psychikon, a posh suburb in the north of Athens, discretion is a top priority, says Mayor Pantelis Xyridakis. Many of those affected could have never imagined getting into such difficulties and are now ashamed to ask for help, so the city authorities have come up with something unusual.

"One and a half months ago, we have set up a kiosk where everyone can come by and make food donations", says Xyridakis. "The kiosk is located directly in front of a large supermarket in a central location, but the food is given to the needy somewhere else, in a secluded place". There is a good reason for that: According to the mayor anyone donating likes being watched and thus also motivates his fellow men to donate. He who lives by the donations, on the other hand, would rather not stand out. 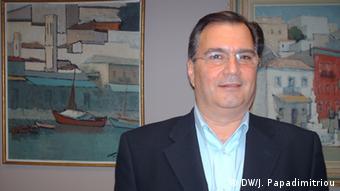 Pantelis Xyridakis says they have to be discreet when providing help

Before the outbreak of the economic crisis, real estate prices of up to 10,000 Euros per square meter were not uncommon in uptown Psychikon. That the city authority would have to set up a basic food supply for the needy would have been unthinkable at the time. However, in recent years, 120 people have already come to the urban food distribution. Once a week they each get a comprehensive aid package with food, which is to meet the weekly demand. At Christmas Psychikon also arranges for all the needy to celebrate together.

This is also a good opportunity for him to get to know these people personally and to inform them about other offers of help, says Xyridakis. However, even the mayor does not know the exact number of those in need, as many of them do not apply at the city authorities, but rather go to the churches. "We estimated that at least 300 people in our city area go to a food bank organized by the church - every day", explains the 53-year-old. The Catholic Church, with its own food bank, was particularly active.

Bailout recipient Greece has ceremonially assumed the European Union's six-month presidency amid praise for its reform efforts from visiting senior EU officials. They visited Athens during a widespread ban on protest. (09.01.2014)

Unemployment in the euro bloc has remained stubbornly high despite concerted efforts to fuel the economy and create more jobs. But the current recovery from the debt crisis was not yet sustainable, fresh data showed. (08.01.2014)