One thousand years old and a UNESCO World Heritage Site, Wartburg Castle in Thuringia is associated with many historical events. The most famous of these deals with an infamous ink stain - and Martin Luther. 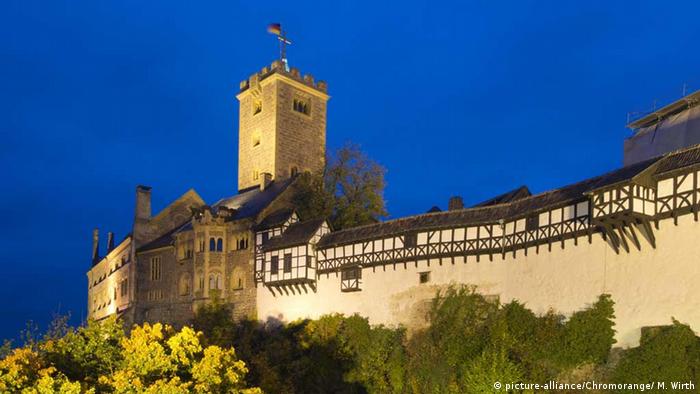 Wartburg Castle watches quietly over the town of Eisenach in Thuringia

In 1521/22, reformer Martin Luther had to spend a year at Wartburg Castle, but not by choice. It proved to be a very productive period for him. Four years earlier he had published his "Ninety-five Theses", also known as the "Disputation on the Power of Indulgences," demanding a reform within the Catholic Church.

Luther's ideas were so radical that the Diet of Worms declared him an outlaw - meaning that all legal protection was withdrawn from him, making it possible for anyone to murder Luther without fear of prosecution. In order to avoid such a tragic fate, Frederick III, Elector of Saxony, organized a staged kidnapping of Martin Luther, as he returned to Wittenberg from Worms. The trick worked: most people thought the reformer was dead. Artists Albrecht Dürer even lamented what other works this Luther could have written if he had lived on. Little did he know...

The person everyone thought dead was actually at Wartburg Castle, where called himself Junker Jörg - or Squire George in English. Luther grew a beard and had his head shaved in the way monks wear their hair. Soon after Christmas, Luther began to translate the New Testament - from the original Greek text into German. His first Bible edition - "the September Testament" - was published in the autumn of 1522.

This was not the first translation of the bible - but definitely the one that was most fraught with consequences. The reformer - as an added bonus - gifted the German people a common language with the publication of his bible, which also served as a kind of spelling guide from then on. 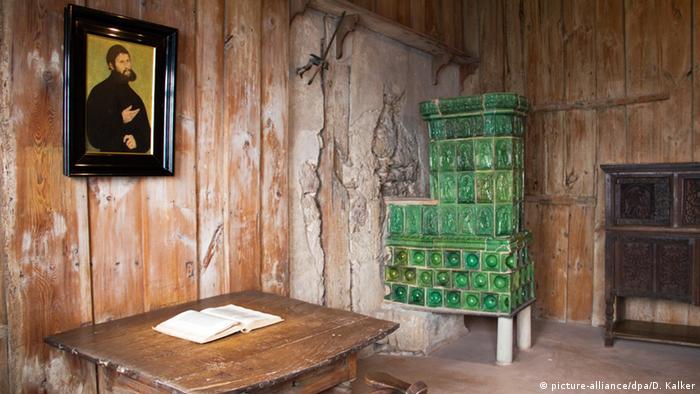 The plaster in the study makes many visitors wonder: Did Luther really throw his inkpot at the wall to chase off the devil?

Wartburg Castle faded into the background and was soon forgotten. In 1817, exactly 300 years after Luther's fateful publication of his Theses, students held a fraternity meeting at the castle, reawakening the castle from its slumber. 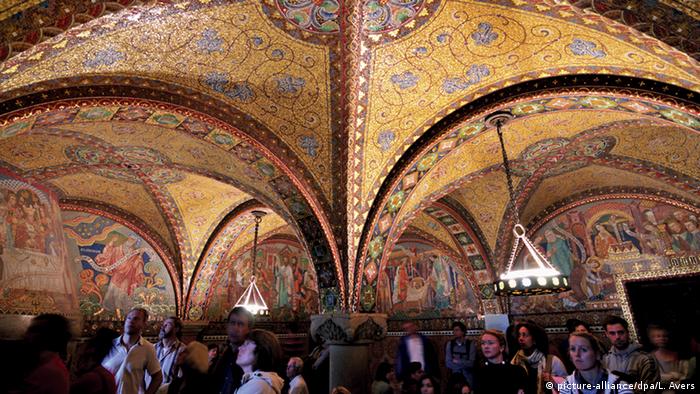 Thus Wartburg Castle became a protestant pilgrimage site, which now attracts some 35,000 visitors annually. In addition to the learning about Lutheran history, visitors also want to see the Late Romanesque palace dating back to the 12th century, which was the location of the German Minnesinger and port Tannhäuser's legendary Sängerkrieg - or Minstrels' contest. Many are also interested in the legacy of Elizabeth of Hungary, once a lady of the castle, who was later to become Saint Elizabeth of Thuringia. But above all, people still seek out to visit Luther's Room.

The devil and the ink well

The room is quite sparsely furnished: there's a tiled stove, a desk, an armchair and a stool made from a whale vertebra. There is also a picture of Luther hanging on the wall and a bible on the table. The Book, desk and armchair are all replicas. Legend has it that the original table was dismantled chip by chip, as it was thought that wood-splinters from it could help ease toothaches. At some point, nothing remained of the original furnishings.

Luckily at least the wall survived - even though tourists have been known to pocket bits of plaster from it. That is where the famous ink stain is thought to have been: According to legend, the devil himself hid behind the tile oven and Luther threw his inkpot at him. And despite research suggesting that there is no scientific proof for this story, many visitors still ask about the ink stain. 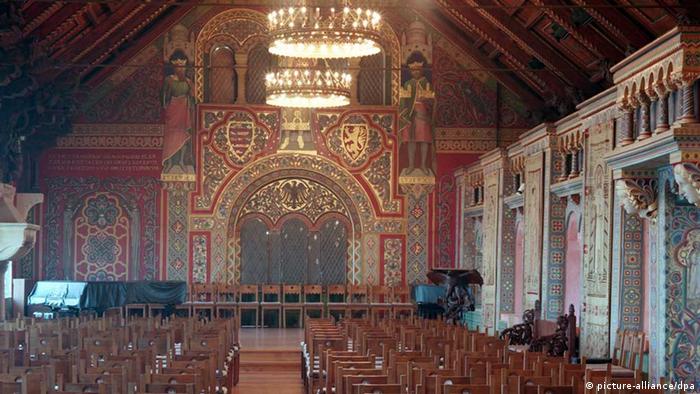 The setting of the fabled Battle of the Bards - a tale immortalised in Richard Wagner's opera, "Tannhäuser"

Wartburg Castle is already the most Reformation visited site in the world, according to the Wartburg Foundation. As 2017 is set to mark the 500th anniversary of the Reformation, there are even more visitors expected to come - especially for the May 4th start of the grand national anniversary exhibition "Luther and the Germans" at Wartburg Castle.