When Hungary and Poland upped their gold reserves recently, some asked what it might indicate about confidence — or lack thereof — in the global economy. But with gold prices low, was it just a simple market calculation? 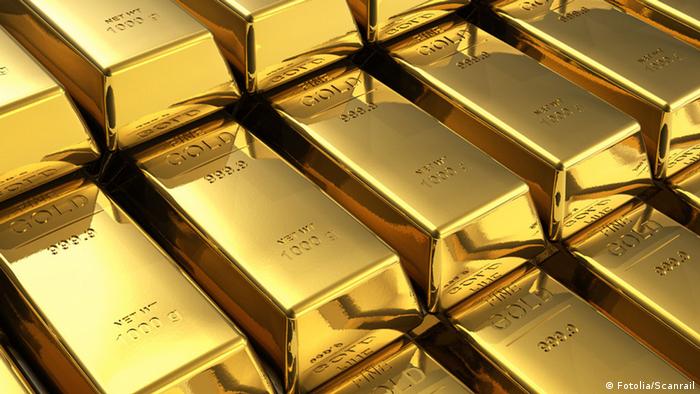 Prices of gold have fallen 10 percent this year

Poland increased its gold reserves for the first time in over two decades this summer, with Hungary's central bank, the Magyar Nemzeti Bank (MNB), following suit in October, raising its gold reserves 1,000 percent, from 3.1 tons to 31.5 tons.

So, were Poland and Hungary signaling worries about their own or wider economic conditions? Were they cutting exposure to the dollar? Or maybe hedging against potential EU sanctions?

Or is this about wannabe autocrats' design choices? Authoritarian leaders tend to love gold, after all.

Those are not large amounts, "but normally, European central banks sell gold, not buy it," strategists at Macquarie bank wrote in September.

Gyorgy Matolcsy, head of Hungary's central bank, said the move was "a way to improve the security of the nation's wealth." He also said, one hopes lightheartedly, that it was a tribute to Hungary's heritage as one of the largest gold producers in the Middle Ages.

The National Bank of Poland (NBP) acquired gold in two batches: 2 tons in July and 7 tons in August. This raised Warsaw's gold holdings to their highest level in 35 years to 117 tons.

"The NBP reserve management policy is based on diversification," mBank Senior Economist Marcin Mazurek told Bloomberg. "Perhaps the basic criterion is the low price of the gold, combined with the expectation for higher global inflation." 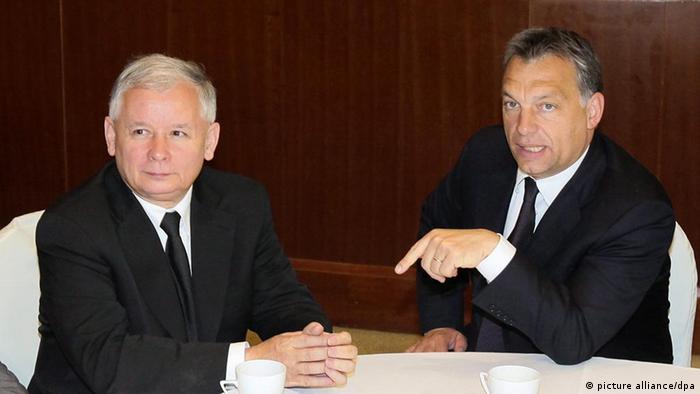 Safe haven in a turbulent time

Gold can act as a safe haven and a hedge against inflation.

Global economic and political tensions have risen in connection with hot spots in Saudi Arabia, Israel, Iran, Turkey and Russia and trade concerns between the US and China. Political uncertainty in the US (midterm elections) and the UK (Brexit), as well as Italian financial woes have added to negative sentiment.

The end of the dollar?

A move into gold can also be linked with countries planning a move away from using the US dollar as the currency in which they hold most of their asset reserves.

There has been no formal link between gold and the US dollar since Richard Nixon unchained them in 1971. But gold prices remain largely a product of the relative desirability of holding dollars, the level of yields on US treasury bonds, as well as the price of oil and other, usually political, factors. Many investors still prefer the safety of the dollar given US rising interest rates and the US-China trade row.

But a shift away from using the dollar as a reserve currency is emerging. Australia, South Korea, Turkey and Kazakhstan, for example, have agreed to conduct trade in currency swaps of their own currencies, while Germany has agreed to trade with China in yuans and euros.

Longer-term investors continue to be attracted to gold as a means of diversification and to hedge against rising uncertainty across other asset classes. Gold is a good diversifier from falling equities as gold prices do not track US real rates.

Many are also advocating cutting allocations to overvalued risk assets, especially bonds. Bond markets, especially in the US, have seen big sell-offs and a rise in yields, indicating increased risk. The US 10-year government bond yield has risen to 3.15 percent. Historically, a peak in bond yields has preceded a peak in the stock market.

So why is the post-communist duo buying gold now?

"There are a variety of factors including reserves diversification, reducing exposure to the dollar and stability. It could simply be a matter of market considerations, i.e. buy low and sell high," Robin Bhar of Societe General, told DW.

The price of gold has fallen by 10 percent this year.

"Poland and Hungary have been buyers of gold recently mainly as an answer to signaling worries about eurozone economies, first Greece, then Turkey, and Italy, and watching Germany last year repatriate gold from US to their own vaults," George Gero, RBC Wealth Management's managing director, told DW.

"They are apparently concerned about economic conditions, possible contagion, and cutting some exposure to overvalued risk assets after seeing some eurozone bonds lose value. While gold does fluctuate in the long run it's convertible instantly into any currency, it's liquid, portable and has no political allegiance," he said.

Cryptocurrency investors fled from the risky asset after one of the most trusted coins, Terra, took a nosedive. A prolonged dip could destabilize emerging markets like El Salvador.

With the war in Ukraine entering its second month, NATO allies have agreed to bolster eastern defenses and G7 leaders have warned Russia against using chemical weapons in Ukraine.