Ex-Wirecard manager Jan Marsalek could be living in Moscow, according to a German daily. Russia's secret service reportedly informed German authorities of his whereabouts in 2021. 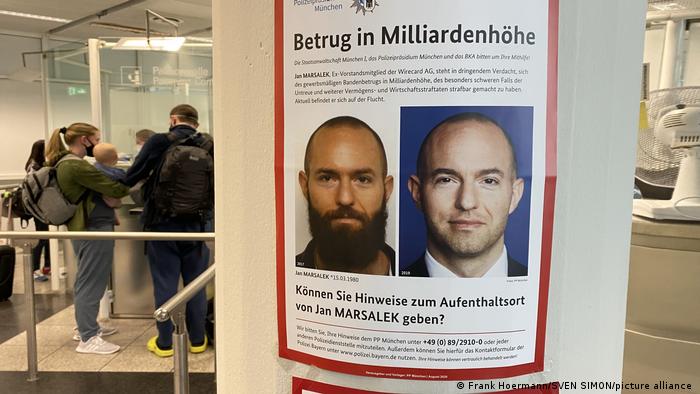 Marsalek may live in Moscow, where he reportedly has ties to "paramilitary mercenaries"

The wanted ex-Wirecard executive Jan Marsalek went into hiding in Moscow and may still be living there today, according to a report shared Monday by the German daily Bild.

Marsalek moved into a "gated community" in Moscow "under the care" of the FSB, the Russian secret service, and could still live there today, the paper reported. Germany's Federal Intelligence Service (BND) is said to have known about his whereabouts since early 2021.

The international police organization Interpol is currently seeking Maralek's arrest for his role as an executive at Wirecard. The disgraced financial services company collapsed in a shocking fraud scandal in 2020.

In Moscow, Marsalek was involved in dealing the Sputnik V coronavirus vaccine and had connections to paramilitary mercenary forces, Bild reported.

In 2021, the FSB reportedly contacted their counterparts in Berlin to ask "if a meeting with Marsalek should take place." But the question went "unanswered," according to the report. The German government was also "informed" of the situation.

The Bavarian prosecution authorities, who are tasked with investigating those responsible for the company, which was based near Munich, were apparently not informed of the offer. They were instead given a vague reference to a building near a "long chaussee in Moscow" as Marsalek's possible hideout.

The former Wirecard board member went into hiding in 2020. He is wanted on an international arrest warrant for commercial fraud charges amounting to billions, among other financial and economic offenses. The main hearing against former Wirecard CEO Markus Braun, who was charged with fraud by German authorities earlier this year, is scheduled to begin at Munich Regional Court in the fall. Marsalek is considered to be Braun's right-hand man.

Once boasting a market capitalization of over €24 billion ($27 billion) — more than Germany's biggest lender, Deutsche Bank — at its peak in 2018, the formerly DAX-listed payment processor collapsed in June 2020 after admitting that €1.9 billion it had listed as assets likely didn't exist.

It was an "unparallelled" scandal in Germany's history, according to the then finance minister, Olaf Scholz, who is now chancellor.

Many say Wirecard is Germany's biggest postwar financial scandal. At any rate, the Wirecard crash cost thousands of investors millions of euros, ...

A committee of lawmakers in the Bundestag has published its inquiry into the Wirecard fraud affair. The damaging report comes months before Germany's general election.