Walburga Habsburg Douglas: ′We knew the Iron Curtain could fall′ | Europe | News and current affairs from around the continent | DW | 19.08.2014

Walburga Habsburg Douglas: 'We knew the Iron Curtain could fall'

On August 19, 1989, Hungarians and Austrians gathered at their border - sealed off since 1945 - for a picnic. Walburga Habsburg Douglas remembers how 600 East Germans used it as a cover to flee West. 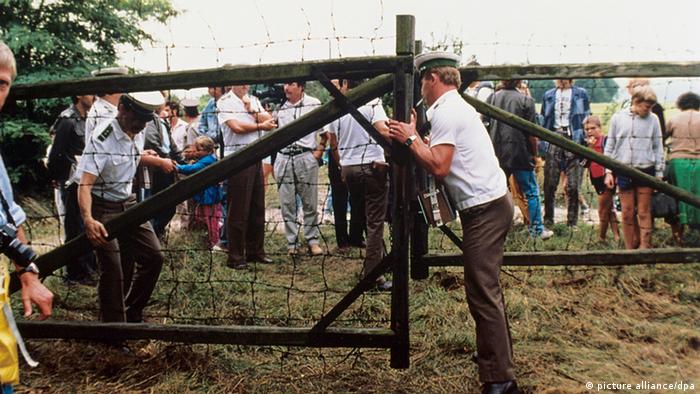 DW: How do you feel about the Pan-European Picnic today, 25 years later?

Walburga Habsburg Douglas: I feel incredibly thankful, proud and happy that I was able to be there when the Iron Curtain fell. As long as I can remember, I've worked toward European unity. At the picnic, we saw the beginnings of European reunification.

What gave you the idea for a Pan-European Picnic?

My father, Otto von Habsburg, had just been re-elected as a Christian Social (CSU) MP for the European Parliament. After the vote, he traveled to Hungary to tell people about the significance of the European election for Central and Eastern Europe. We pondered what we could do to show that Hungary is a part of Europe – and had the idea of a cross-border picnic.

From 1916 to 1918, my father was crown prince of Austria-Hungary, so he was an important man. But since he didn't want to be the center of attention and the event was aimed at discussing what role Hungary should play in Europe in the future, he sent me to the border as a representative of the Pan-European Union. I had already asked the Hungarian government for permission. Together, Minister of State Imre Pozsgay and my father sponsored the project. 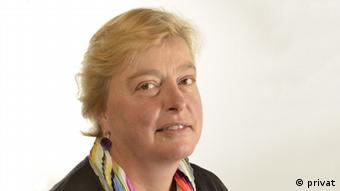 Countess Douglas remebers the events 25 years ago with pride

Had you expected the East German run on the border, or even planned it?

As we were preparing for the event, we realized that it was a possibility. We distributed flyers in Budapest, which was full of East Germans. And we thought, perhaps this is an opportunity for these people to escape their mouse trap.

Weren't you afraid when the masses stormed across the border?

I wasn't afraid because I knew that the Soviets had withdrawn their troops from the border with Austria. That would have been the only thing to be afraid of. The mood was so uplifting. And then I asked the Hungarian border patrol about their reaction in case of a mass flight. They said they had three options: "We could try to stop them – but it's just the four of us. We could shoot, but we don't have orders. So we've decided to turn our backs and not even watch." I thought that was perfect. In the end, 661 East Germans managed to flee.

In his book "Der erste Riss in der Mauer" (The first Crack in the Wall), Andreas Oplatka, a Hungarian-Austrian author, says the Hungarian government used this picnic planned by citizens to find out whether the Soviet troops stationed in Hungary would bolster their border controls. Would you agree with his point of view?

I didn't feel used at all. But on the eve of the picnic, I knew something was going to happen. We were aware that the Iron Curtain could fall.

Back then, were you also aware of the consequences this event could have for German unification?

I'd be exaggerating if I said I had an inkling, but I did have the feeling that something was brewing. After all, I did follow the Monday demonstrations in East Germany, and was in touch with Germans in East Germany. I hoped we'd be able to achieve something with our involvement.

In how far has that event influenced your life?

I've worked for the collapse of communism all my life. The Pan-European Picnic strengthened my commitment to a united Europe. Now, 25 years later, it's great to see that the European idea of peace, open borders and freedom has come true.

Walburga Habsburg Douglas is the granddaughter of Austria's last emperor and the youngest daughter of former European parliamentarian Otto von Habsburg. She was active in Germany's Pan-European youth group, and later acted as Secretary General of the International Pan-European Union, only to become the union's chairwoman in 2004.

On August 19, 1989, Habsburg Douglas along with members of Hungary's opposition and a group of Austrians organized the Pan-European Picnic. Walburga Habsburg Douglas, a lawyer, is married to a Swedish count and is a member of Sweden's parliament for the conservative Moderate Party. She is also active in the Organization for Security and Cooperation in Europe (OSCE).

On October 4, 1990, Helmut Kohl announced that it was in Hungary where "the first stone was knocked out of the Wall." The first holes appeared in the Iron Curtain following an August picnic in Sopron. (19.08.2014)

A senior German politician who risked controversy after the Berlin Wall's fall by drawing on support from ex-communists for his regional government has died. Reinhard Höppner, 65, had reportedly suffered from cancer. (09.06.2014)