Serbians elect a new parliament on Sunday. Aleksandar Vucic is a sure winner in the election; the question is only whether his conservative party will achieve an absolute majority. 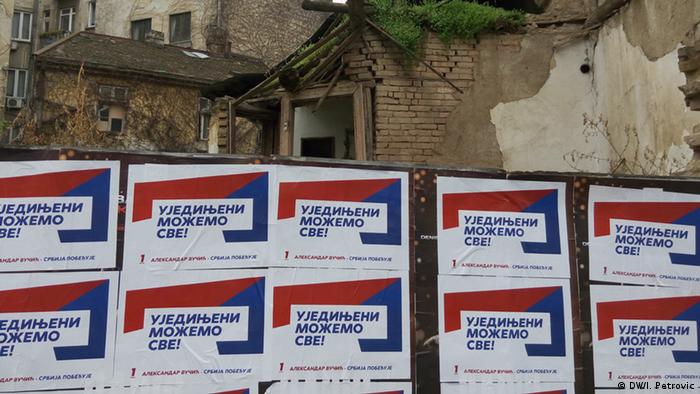 Aleksandar Vucic, Serbia's prime minister, is omnipresent at the moment. His smile is plastered everywhere on placards and in advertising spots. Still, he acts as though this election is completely uninteresting. He's too busy working for the country from dawn to dusk to even notice it.

Yet one media agency determined that in the weeks running up to Sunday's elections, more than half of the broadcast time on the national television broadcaster was spent on Vucic, the Serbian Progressive Party he is a part of and its party officials. The socialist party, which is in a coalition with the Serbian Progressive Party, placed second in media coverage and was followed by opposition parties, which were mainly presented in a poor light.

"The Serbian Progressive Party's strategy was one tailored to the prime minister, a fully personalized campaign," said philosopher Vladimir Milutinovic. Some in Serbia have said the early elections were called so Vucic could extend his time in the prime minister's office and solidify his party's position across the country. Without a fresh vote, he could have governed through 2018.

According to analysts, the parliamentary elections now fall on the same day as elections in many communities and cities as well as in the northern province of Vojvodina. This could lead to greater election victories for his party at the local level due to Vucic's popularity.

"The government has hindered any substantial debate - it has looked for obedient, unsophisticated voters who will cast their vote for those who are already predicated to gain a victory," Milutinovic wrote on his blog.

Everyone is against him

Governing officials have another explanation for the elections: a strong mandate is required to enact important reformers. Since Vucic has governed the economically ailing Balkan nation, the former nationalist has presented himself as an EU advocate and moral crusader. Vucic gained points in European capitals by signing an agreement with Kosovo - although Serbia still does not recognize what it regards as its southern province's claims to independence. The agreement, however, opened the door to Serbia's negotiations for EU membership, which finally began last December. 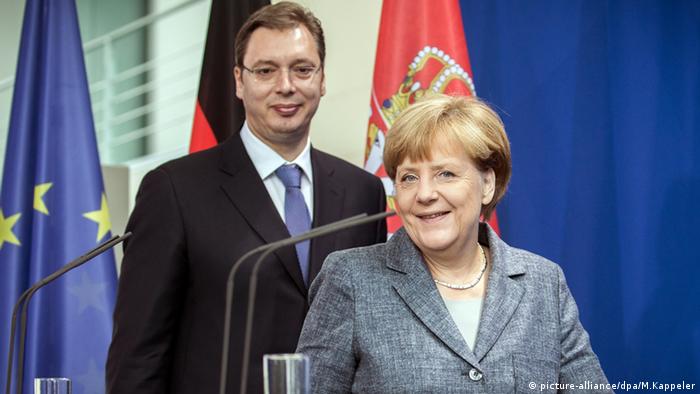 Many in the EU see Vucic as an ally

It's not all coming up roses, for Vucic though. Despite the policy of hard cuts and reductions in wages and pensions, economic success remains elusive. The unemployment rate is well above the 17 percent officially declared by the government; in polls, two-thirds of all parents would encourage their children to leave the country to secure a better future.

Despite a large base of supporters, sympathetic media coverage and a divided opposition all coming together to guarantee a win for the Serbian Progressive Party, Vucic repeats the notion that he will lose the race because of his brave policies and unwillingness to capitulate to either Brussels or Moscow. The most widely distributed tabloid, "Alo," recently ran a cover story based on the theory that the entire opposition - both pro-Western and pro-Russian parties - have conspired to topple Vucic and distribute the government postings among themselves.

The belief that Vucic is being threatened from all sides is pure posturing and exaggeration, Dragoljub Zarkovic, editor-in-chief of the Belgrade weekly "Vreme," wrote. The prime minister is using it to galvanize his voting base.

"Vucic has a vested interest in gaining a higher turnout rate for the vote," Zarkovic said. "The infamous 5 percent hurdle is relative when, for example, 60 percent of the voting population turns out instead of 50 percent. A higher rate of turnout also increases the number of outsiders."

Predictions for the election forecast a factious parliament. The governing Progressive Party cannot expect more than 40 percent of the vote; the advancement of the co-governing Socialist party is likewise certain.

Beyond that, the predictions include two or three "citizen options" - code used to describe the EU-friendly and democratic parties. A bit of dissent could come from two of the nationally minded parties that insist Kosovo is Serbia, call for closer ties to Russia and are skeptical of the European Union. 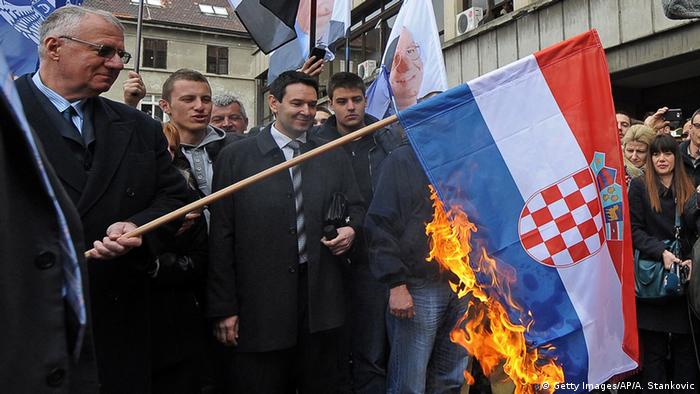 Seselj could throw a spanner in the Serbian political works

One of the faces of the right-national spectrum has already gained wide international attention. The ideologue Vojislav Seselj was acquitted by the International Criminal Court in The Hague in the first instance at the end of March. He said he sees the ruling as legitimizing his nationalistic rabble-rousing. For Seselj, the burning of Croatian, EU and NATO flags in front of live cameras during the election is business as usual.

Experts agree Seselj will be more than a minor nuisance to the political process in Serbia.

"He will be a permanent provocation and a continuous problem for parliamentary votes," said political scientist Dusan Janjic.

Journalist Dragoljub Zarkovic said he is convinced that the coalition government between the Progressive Party and the Socialists will continue - unless Vucic wins an absolute majority.

"In that case, he would no longer need anyone else," Zarkovic said. "The Serbian citizens included."