Two minutes and 23 seconds is all it took for a group of white women in traditional Ugandan dress to cause a stir on social media. But what is wrong with 'voluntourism'? Social change advocate Teddy Ruge explains. 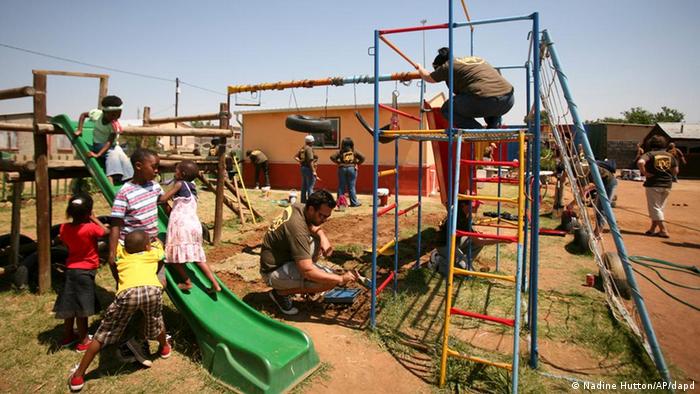 In the recently uploaded video, the group of young female missionaries can be seen dancing with plastic jerry cans on their heads and donning mosquito repellant before they bathe their 'orange feet,' all whilst singing and dancing to the tune of US singer Justin Timberlake's "Sexy Back" – with satirized text to include "I'm bringing missions back."

The video, which was uploaded by Luket Ministries, an Oklahoma missionary group, and which has since been removed by the organization, sparked fierce debate online as to whether the women, dubbed the 'dancing missionaries' and the 'Luket five,' are mocking Ugandan culture with their parody.

Social change advocate Teddy Ruge joined Pulse host, Jessie Wingard from Kampala, Uganda, to talk about "White Savior Complex," the effects it's having on locals and how Africans should demand global equality.

DW: Teddy, let's talk about the video featuring the white female missionaries working in Uganda, do foreign aid workers or volunteers demean or simplify African life with videos such as this?

Teddy Rouge: We shouldn't simplify it and say that all of them actually do. But, I think there is a narrative out there about the continent, where we are constantly infantilized, where missionaries, aid workers and volunteers think that they have an absolute right to do what it is that they are doing because their defense is 'we are doing good and whatever it is that we are doing in volunteering shouldn't be questioned.'

It's not just aid workers and volunteers copping flack. You've been critical of ‘celebrity stunts' - like US actor Ashton Kutcher's pledge to donate 10,000 bed nets if he got 1 million Twitter followers or Florida businessman Jason Sadler's campaign to donate a million used t-shirts to African orphanages, and the list goes on - why is that?

Again, it's the same narrative – it's the infantalization of a continent with 54 countries and a billion people and in thinking that we are a continent that cannot help itself. So, it's everyone's responsibility – and by everyone, I mean every white savior out there who feels like they buy into this narrative that Africa is completely helpless, that it cannot help itself. 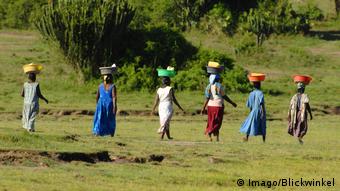 Yes, we are a young continent, but we're not a stupid continent and it worries me that if we continue to let these kind of narratives go, that half the continent that is under 15, that is 500 million children, will grow up thinking that their troubles, their issues on the continent and their future can only be saved by an outsider, a benevolent outsider, a benevolent white person that comes in, be it a missionary or volunteer, teacher or western government responsible for fixing our problems when it is actually quite the opposite.

We are responsible for fixing our future, for creating systems and institutions responsible for our social issues, our infrastructure, our medical issues, our health sector – whatever it is, we are sovereign nations – 54 of them on this continent and I think it's time we began to take responsibility and a lot of that begins with slapping the hand that feeds us – the one that constantly thinks that we are infants.

Do you see a role for people outside Africa who want to participate and be engaged in what's happening across the continent - or are there no place for them?

We are equal participants in this world and I think it is important that we are viewed that way. It's high time that we stopped begging for equality and representation at the global table and begin demanding it.

We may be poorer, we may be less equipped in a lot of our industries, that does not make us privy to just accepting any kind of treatment and any way we are written about or viewed or made fun of.

Born in Uganda, Teddy Ruge is a social change advocate as well as a successful global entrepreneur.