Vitali Klitschko fights to keep power in Kyiv | Europe | News and current affairs from around the continent | DW | 03.08.2019

Kyiv's mayor, Vitali Klitschko, is increasingly in the crosshairs of Ukrainian President Volodymyr Zelenskiy. A messy power struggle for the Ukrainian capital lies ahead. 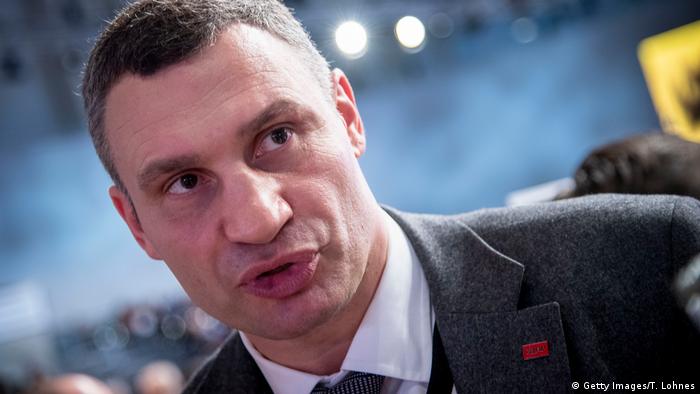 As a former boxing world heavyweight champion, Vitali Klitschko knows how to roll with the punches and stand up to powerful adversaries. But politics is a wholly different game.

Klitschko, who currently serves as Kyiv mayor, has come under attack from Ukrainian President Volodymyr Zelenskiy and his team ever since Zelenskiy's party took the absolute majority in July's parliamentary elections. Now, Zelenskiy has called on the government to remove Klitschko as the head of the Kyiv City State Administration, an influential and lucrative position Klitschko has held alongside the Kyiv mayorship. And Klitschko is increasingly under pressure from the judiciary, too.

The Ukrainian capital is unique in the sense that while the mayor is directly elected, the head of the Kyiv City State Administration is appointed by the president in consultation with the government. But at the same time it is a legal requirement that an elected official should preside over the administration  — namely, the mayor. Zelenskiy now wants to put an end to this overlap. And his aides have announced a new law that will keep both jobs separate. This would mirror the actions of former President Viktor Yanukovych, who before fleeing to Russia dethroned the Kyiv mayor and installed one of his allies. 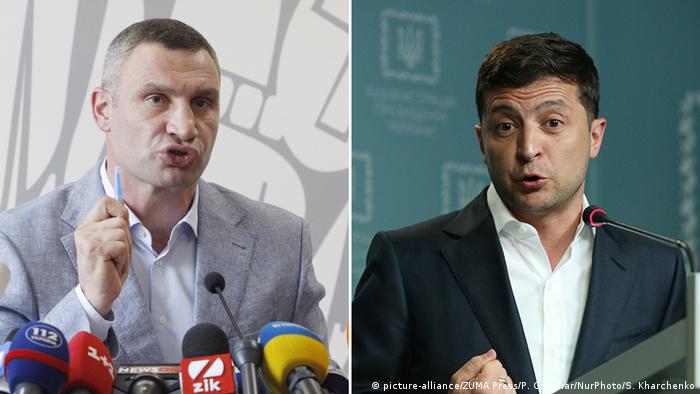 The Ukrainian capital has a population of 3 million people and is the largest and wealthiest city in the country. Its construction sector has proven extremely lucrative. And Kyiv is the political epicenter of Ukraine, as the 2014 Euromaidan street protests made clear once more.

The subsequent regime change allowed Klitschko to become mayor. He won the snap mayoral elections in May 2014, and one year later secured a second term until 2020. Klitschko supported the pro-Western Euromaidan movement and was thought to have a good chance of becoming Ukraine's president at 2014 elections. However, he pulled out, saying he would instead back Petro Poroshenko, who later won. Klitschko's record as Kyiv mayor, meanwhile, has been mediocre and he is no longer as popular as he once was. 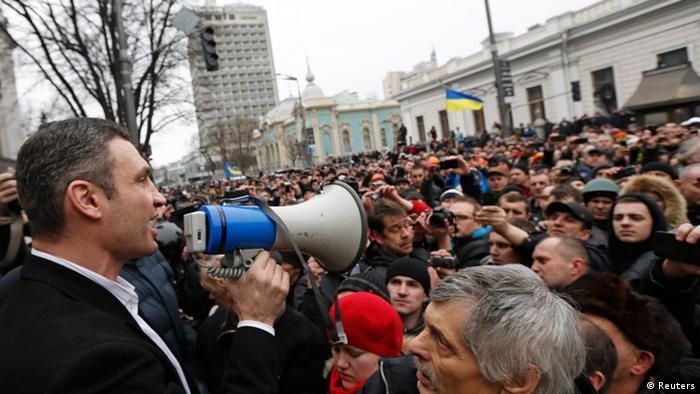 Klitschko took an active part in pro-Europe demonstrations in 2014

Andriy Bohdan, the head of Zelenskiy's Presidential Administration, has emerged as Klitschko's toughest adversary. At a press conference in late July, Bohdan claimed he had been approached by a man who had offered him $20 million (€18 million) in annual bribes if Klitschko was allowed to remain the head of the city administration. Bohdan went on to accuse the city administration of corrupt practices connected with bridge construction projects and said he wanted investigators to get on the case. There is anyway already a corruption investigation underway involving city properties, in which Klitschko has had to testify as a witness. 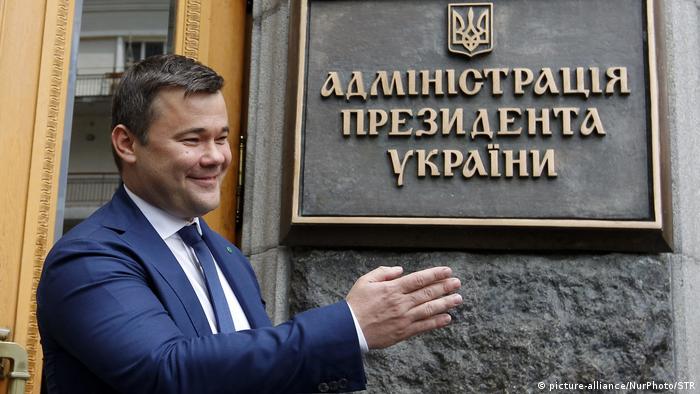 Bohdan has initiated a corruption investigation against Klitschko

The former boxer has gone on the counteroffensive, publishing a video message addressed to Zelenskiy in which he accuses Bohdan of spreading lies. Klitschko has also rejected all allegations in an interview with DW, labeling the actions taken against him as "unconstitutional." He said the campaign against him was the result of a "power struggle over who will control the capital."

Klitschko has called on the National Anti-Corruption Bureau of Ukraine (NABU) to assess Bohdan's allegations of corruption. He also took aim at Zelenskiy's aides, saying that someone "called me on an internal phone line and suggested I coordinate my actions with Mr. Tkachenko." Oleksandr Tkachenko is the former long-term CEO of 1+1 Media Group. He used to work with Zelenskiy when the president was still a television comic and was elected to parliament as a member of Zelenskiy's Servant of the People Party. Mr. Tkachenko is reportedly keen on succeeding Klitschko as the head of the Kyiv city administration.

Klitschko distanced himself from his former ally Poroshenko after he lost the presidential elections in April this year. The boxer-turned-political-heavyweight is now apparently seeking foreign backers to stay in power. At the time when his conflict with Bohdan had reached its height, Klitschko flew to the US to meet former New York Mayor Rudy Giuliani, who today is one of US President Donald Trump's personal lawyers. Afterward, he shared a picture of himself with Giuliani on Facebook, calling him an "old friend." Klitschko has said the two discussed the latest developments in Ukraine. Apparently, Klitschko has sought to win over Giuliani as an ally ahead of Zelenskiy's planned meeting with Trump.

"There's a rule I perhaps know better than any else: There's no victory without a fight. I will fight," said Klitschko. He has also announced he will "call on the courts and international community, because the autonomous municipal administration is under threat."

The odds of his success, however, are slim. Once Zelenskiy's Servant of the People Party forms Ukraine's new government in several weeks' time, Klitschko could be sacked as the head of the Kyiv city administration. And the new law separating the two jobs will probably be passed, too. Klitschko has said he will aim for snap mayoral elections should this happen.