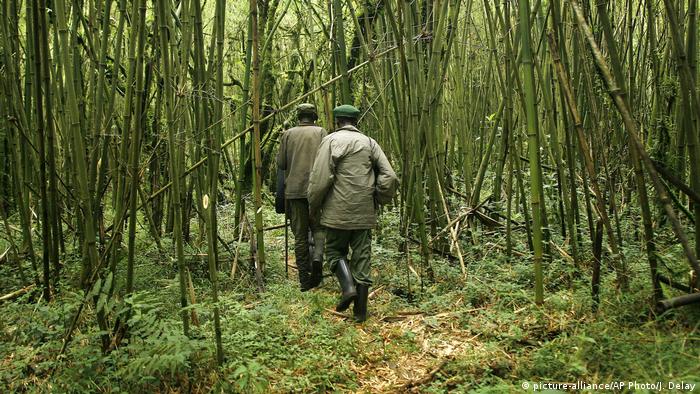 Virunga National Park in the Democratic Republic of Congo (DRC) said five of its park rangers and a driver were killed in an attack on Monday.

Another park ranger was also wounded in the attack. According to park authorities, the team of rangers was ambushed while driving between Lulimba and Ishasha, which lies near the DRC-Uganda border.

The park "is deeply saddened to confirm reports of an attack on our staff today," it said in a statement.

Although no group has claimed responsibility, authorities believe it was likely one of the militia groups that are active in and around the park.

Monday's attack isn't the first time Virunga National Park staff have come under fire. Earlier this month, a park ranger was killed by armed men while he was guarding a hydroelectric plant construction site.

In May 2014, park director Emmanuel de Merode was wounded during an ambush by armed men. Militia groups operating in the region have become increasingly hostile against rangers as they vie for territorial control. Poaching is also a major threat.

The sprawling Virunga National Park, a UNESCO world heritage site, is home to roughly 25 percent of the world's remaining mountain gorillas. The mountain gorilla is a critically endangered species.

The park was established in 1925 and is considered one of the oldest of its kind in Africa and one of the most important conservation sites in the world. It is home to chimpanzees, hippos and lions.

The Virunga National Park in eastern DRC is one of the world's most stunning nature reserves. Plans for exploratory oil drilling may have been shelved, but conservationists say the park still faces an uncertain future. (13.06.2014)