The battle to save Africa′s endangered mountain gorillas | Environment | All topics from climate change to conservation | DW | 09.10.2017

The battle to save Africa's endangered mountain gorillas

Civil war, deforestation, disease and poaching have driven the mighty mountain gorilla to the brink of extinction. Conservation efforts have helped boost population numbers, but humans are still their greatest threat. 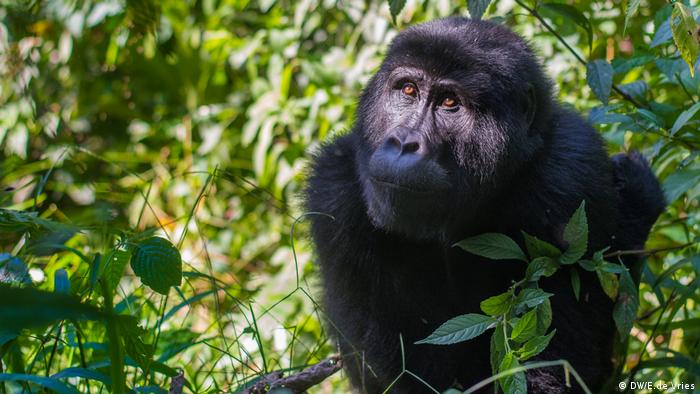 "Are you ready?" the guide asks. He is wearing a green army uniform and heavy black boots. "We could spot one within the hour, but there's always a chance that we'll have to trudge through rainforest all day," he warns.

The tourists in safari hats gather around him and listen attentively, clutching heavy cameras around their necks. They've paid $1,500 (1,277 euros) for this unique experience. After listening to the guide's instructions, they set off into the rainforest with two armed rangers and a several porters in tow. 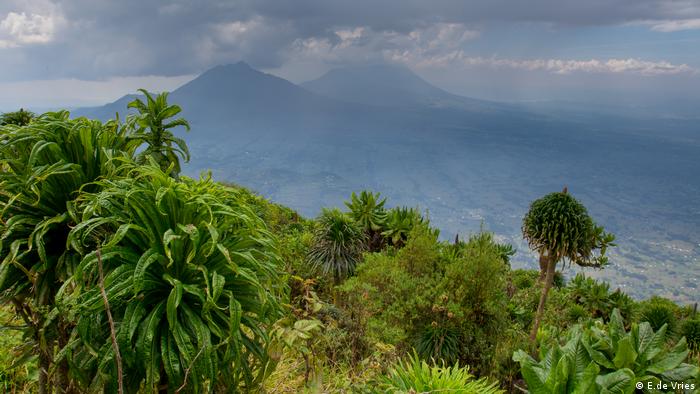 It is 8 a.m. and we are at the headquarters of the Volcanoes National Parkin north-western Rwanda, the starting point for gorilla trekking tours. On the horizon, steep, rocky volcanoes tower over green plantations and quiet villages.

The park is situated between the Virunga National Park in the Democratic Republic Congo and the Mgahinga Gorilla National Park in Uganda. Together with Uganda's Bwindi Impenetrable Forest, these parks constitute the last remaining mountain gorilla habitats in the world.

Mountain gorillas have been struggling for decades. Their homes have been destroyed by civil war, deforestation and agriculture, and as a result their population has dwindled. Gorilla trophies have long been popular among poachers and their rare meat fetches a high price on the black market. Researchers say that, in the late 1970s, there were only around 250 mountain gorillas left in the wild. The species was thought to be headed for extinction.

Many attribute the gorillas' comeback to American biologist Dian Fossey, whose story was recounted in the Hollywood film Gorillas in the Mist. From the late 60s until she was murdered in 1985, the scientist devoted her life to saving mountain gorillas in East Africa. 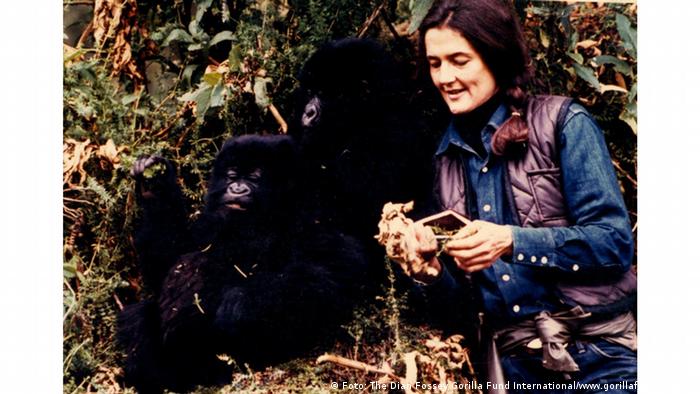 "Without her, it is very likely that the mountain gorillas would have disappeared completely," says Veronica Vecellio, program manager at the Dian Fossey Gorilla Fund, which is charged with continuing Fossey's legacy.

The research institute is in Musanze, about a 20 minute drive from the Volcanoes National Park. The entire town has caught gorilla fever. There are hotels with names like Gorilla View Lodge and Villa Gorillaand there seems to be a gorilla statue at every turn.

Thanks to the increase in public awareness, local communities and international organizations have joined forces to support the gorilla population.

"Some groups are being visited by our researchers every day. We observe their behavior, health, location and sexual reproduction and document the lifecycle of every individual," explains Vecellio.

According the most recent gorilla census in 2010-2011, there are now about 880 mountain gorillas living in the wild — a major victory for the conservationists.

Although humans have been credited with bringing the mountain gorilla back from the brink, they also pose the greatest threat to their survival.

Prosper Uwingeli, manager of the Volcanoes National Park, is responsible for minimizing human impact in and around the park.

"It's important to get the local population engaged in our work," he says. "People need to understand the importance of conservation and how, by saving the gorillas, they are also saving themselves."

Partnering with organizations like the Dian Fossey Gorilla Fund, Uwingeli and his team educate locals on potentially gorilla-harming practices, such as making fires to fumigate beehives or placing snares for other animals which could inadvertently trap a gorilla. They also teach villagers to build houses without bamboo — an important food source for gorillas. 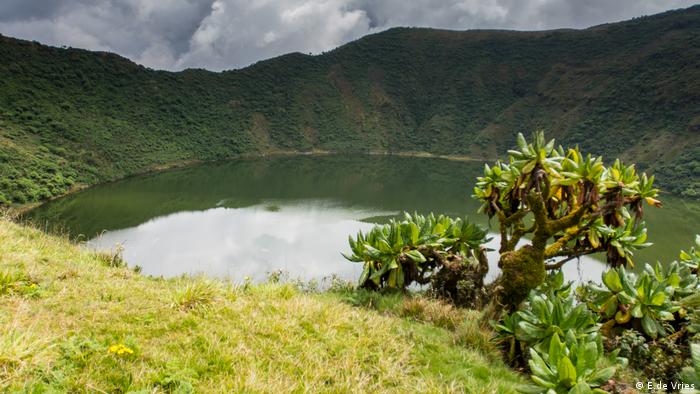 Since many villagers are poor and depend on the park's natural resources to earn a living, the park also offers them alternative sources of income. "The men can start working as rangers or porters, and the women sell baskets or souvenirs to tourists," Uwingeli says.

In the surrounding areas, tracts of land have been converted into tea plantations where people can work at a safe distance to the gorillas. "These plantations also serve as buffer zones between the villages and the gorillas' habitat," Uwingeli explains. "Gorillas don't like tea, so we hope the plantations will keep them far away from the villages."

A growing interest in the magestic creatures has helped boost conservation efforts. Still, Uwingeli says, it's important to keep the number of visitors under control.

"We adhere to the principles of 'ecotourism,' a model that respects both nature and the local population," he says. "Tourism generates money, which is good for the gorillas, but there has got to be a balance."

The park only grants eight gorilla permits per day. Tourists can spend a maximum of one hour with a designated group of gorillas — usually a group that is already accustomed to human contact. And all visitors must maintain a distance of 7 meters (22 feet) at all times.

"This way, we give the gorillas enough space and limit the chance of humans transmitting diseases," Uwingeli says.

Earlier this year, the Rwandan government doubled the price of gorilla-trekking permits from $750 to $1,500 per person. According to Uwingeli, this choice illustrates Rwanda's attitude towards tourism: "Higher prices mean fewer tourists, but we still earn more money. This reduces pressure on the gorillas, giving us more to spend on conservation, research and the local population." 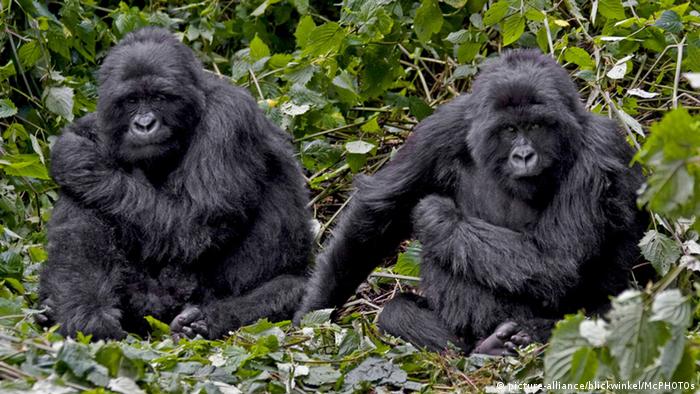 Tourists wanting a permit to visit gorillas in Rwanda's jungle have to fork out a hefty $1,500 for the experience

The higher price tag also means that tourism profits shared with the local community will increase by 5 to 10 per cent.

But the government's decision came as an unpleasant shock to many tour operators in Rwanda. "We were not prepared for this increase at all," one tour operator, who wished not be identified, said. "Now half of my clients will go to Uganda instead, where a gorilla permit costs only $500."

The results of the latest mountain gorilla census will be announced at the end of this year, an exciting moment for Uwingeli, Vecellio and their colleagues, who've been working tirelessly to save these animals.

Are the gorillas faring as well as they hope? Or will they be disappointed?

Vecellio and her fellow conservationists are betting on their success. "I'm not going to mention any numbers," she says, "But I'm very optimistic. I think we're winning this fight."