The rangers in the iconic Virunga National Park protect one of the world's remaining mountain gorilla populations. But with more than 100 fatalities since the park was founded, it is not a job for the fainthearted. 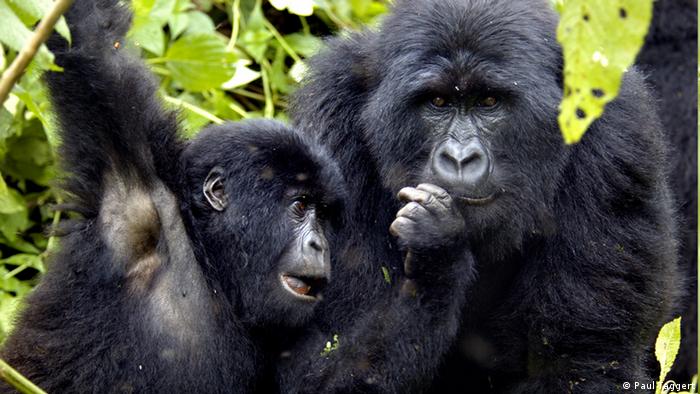 Innocent Mburanumwe is the chief ranger of the southern sector of Virunga National Park in eastern Democratic Republic of Congo. One of the most breath-taking and celebrated protected areas in Africa, the park is home to one of the world's few remaining populations of mountain gorillas. A ranger's life is not for everyone. More than 100 have been killed since Virunga was established in 1925. Armed groups, poachers and oil speculators are among the chief threats. Mburanumwe tells DW his story.

"My normal day would begin by waking up early, washing, preparing my uniform, my tools and weapons. Then I lead the patrol from park headquarters and after five or six kilometres we are in deep forest.

We then observe, listen to the animals, check footprints for human activity and record data via GPS. By doing this we are able to tell exactly what is going on in the forest, if there are any threats and if the area is secure. 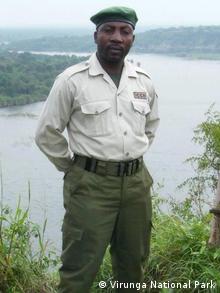 At present we still face many problems with armed groups. Some of the operations we do are aimed at forcing them from the national park. In the first instance we try and negotiate, but if things escalate we need many rangers to launch an offensive – perhaps up to four platoons.

This is not easy and can be tricky, because they are often heavily armed. But we must do this to secure the park. If we allow them to get away with illegalities such as cutting trees, making charcoal and killing animals, then we cannot say we are performing our duty.

Nowadays we do see a kind of respect for the work rangers do. There is an understanding we are taking care of the park's wildlife and why that is important. We are trying to inform people more about the community projects we also run. By constructing small power plants and providing clean water, we are helping reduce the need to cut down trees.

What inspires me as a ranger is the struggle for gorilla survival. We do not want to lose a single gorilla, because they are among the last in the world. We have few. Losing them is criminal in my eyes. Animals need to live in peace and we choose to protect them so they can have that.

G7 summit wraps up with pledges of Ukraine support, more pressure on Russia