A woman charged with the murder of Kim Jong Nam, the half-brother of North Korean leader Kim Jong Un, has been released from prison. She had been in custody for two years before charges against her were dropped. 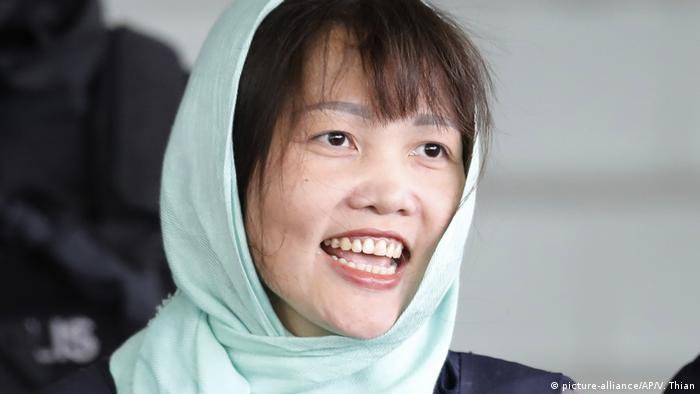 Doan Thi Huong, a Vietnamese woman who was accused of assassinating Kim Jong Nam, was released from a Malaysian prison on Friday.

Huong and Indonesian Siti Aisyah were put on trial for the killing of Kim, the estranged half-brother of North Korean leader Kim Jong Un. Kim Jong Nam died in 2017 after having his face smeared with a banned VX nerve agent at Kuala Lumpur International Airport in Malaysia.

The women were charged with colluding with four North Korean agents to murder Kim. They have always denied involvement in the murder, saying they were paid to carry out what they thought was a prank for a reality TV show. The four North Koreans fled Malaysia shortly after Kim's death.

Malaysian prosecutors withdrew charges against Aisyah in March after diplomatic pressure from Indonesia. The charges against Huong were dropped last month — she pleaded guilty to a reduced count of "causing injury" and was told she would be released at the end of her sentence.

Huong was expected to head to an immigration office in Putrajaya before flying to Hanoi, Vietnam's capital, on Friday evening.